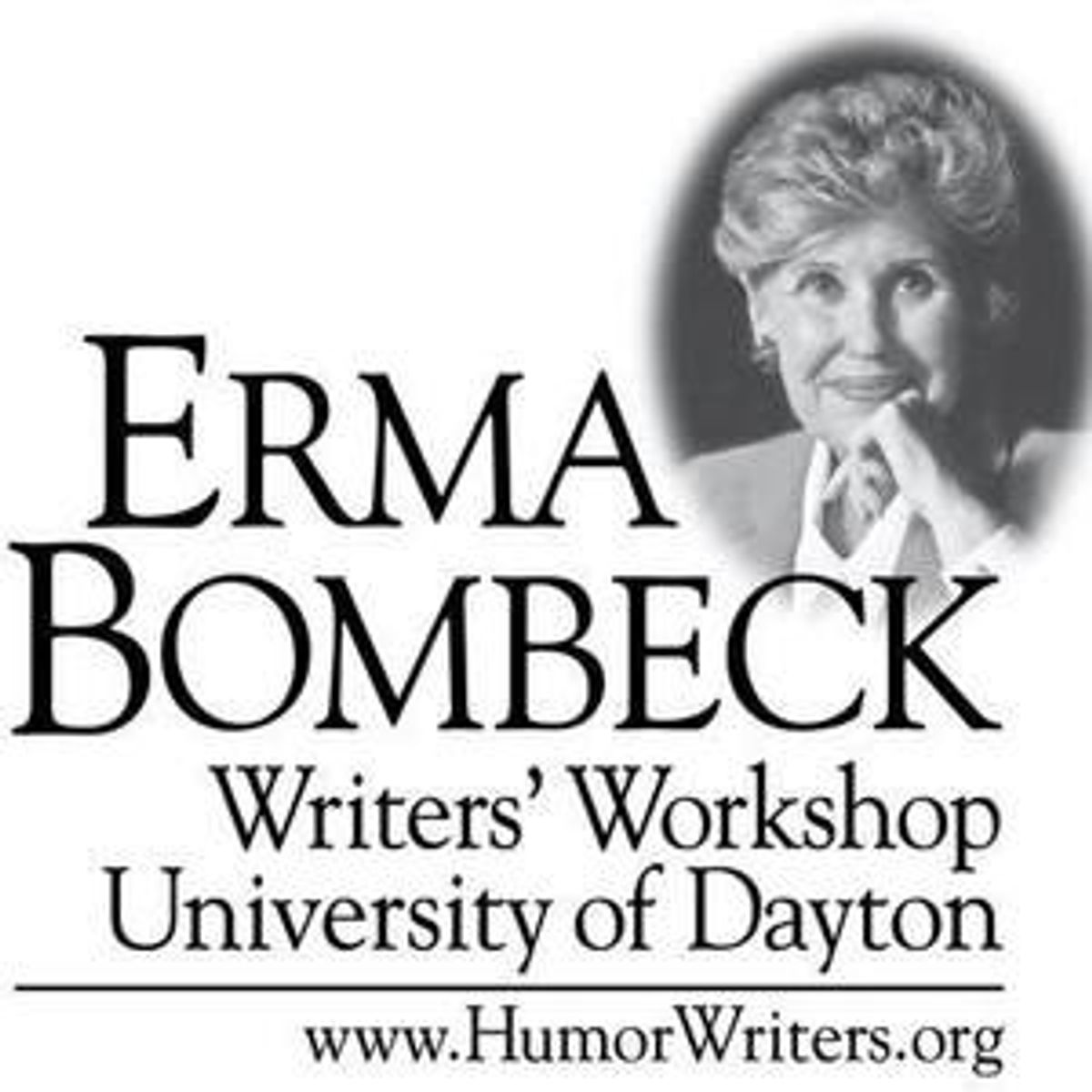 Erma Bombeck, one of University of Dayton’s most notable alums, was celebrated March 31 – April 1 at the Erma Bombeck Writers’ Workshop. Teri Rizvi, founder of the workshop, described the weekend as one not to be missed, “you can expect to laugh and expect to be empowered.” Keynote speakers included humorist and social critic, Roy Blount Jr., bestselling novelist, journalist and contributing editor for Vogue, Amy Ephron, creators of the "Queen of Your Life" book series Kathy Kinney and Cindy Ratzlaff and stand-up comedian and actress Leighann Lord.

Erma Bombeck graduated from University of Dayton in 1949 and accredits the school to launching her writing career. It was Brother Tom Price, S.M. who first told her the three words that changed her life, “you can write.” According to the Writers’ Workshop website, this inspired her greatly and she went on to write, “12 books, nine of which made The New York Times’ Bestseller List” as well as regularly appearing on ABC-TV’s "Good Morning America" for 11 years, write for a column in the Universal Press Syndicate, and was in the process of developing a new book for HarperCollins Publishers when she passed away in 1996.

Rizvi was inspired to create this celebration of Erma back in 2000, when four years after her death, her family decided to donate all of her work and personal memorabilia to University of Dayton. Instead of just piling up in Dayton’s collection of great work, Rizvi wanted to create a fun writers’ workshop around her work and who Erma was, a funny and hardworking writer. With that idea in mind, and Bombeck’s husband’s connections to famous writers and Rizvi’s status as Director of Public Relations at the time, the Erma Bombeck Writers’ Workshop was born. What started out as a “one-time event” where audiences “laughed for three days” grew into a time-honored tradition, “institutionalized within the University of Dayton,” financed by the Brother Tom Price, S.M. endowment fund.

Rizvi excitedly explained that the workshop, “has acquired such a national reputation”, selling out in less than six hours. With that kind of attention, what helps the Erma Bombeck Writers’ Workshop stand out among others?

“I think the rise of social media has really helped, in terms of, public relations, how do you communicate to people,” Rizvi explained. She also mentioned that, “with the rise of social media, you can create a community, and that’s what happened, we have a community of writers.” Clearly the impact the workshop leaves on the writers is a long-lasting one because many attendees come back each year. The workshop has as well gained a following among university faculty, for which now there is a waiting list and a required proposal of their session idea.

The workshop, for which Rizvi’s team, “never really quit preparing for,” featured over 300 writers from around the country, many who are highly acclaimed and respected in their fields. Authors, founders of publishing companies, literary agents and comedians all came together to make up the two days filled with laughter and inspiration for all attendees.

Sessions taught by these various members of the writing community covered a plethora of topics: Special Features, Publishing, Craft, and Marketing and Social Media. Just a few examples include: “Erma 101,” a session about the woman herself and why her writing is still important even today, “Behind the Curtain: Maximizing Your Comedy Power,” a lesson on kick-starting a comedy writing career, “The Journey to Publication,” a lecture by a seasoned author with years of experience within the publishing industry, “Finding Your Writer’s Voice”, a meeting tailored toward advanced writers about identifying your voice, and “This Ain’t Your Mother’s Resume: Turning a Simple Blog into a Great Website,” a session on advancement in today’s workforce in terms of resumes and applications.

The workshop, however, is not meant to attract just writer and professional attendees. A large part of the Alumni Association’s donation goes to student scholarships, equivalent to the price of the workshop, for students who apply to be a recipient in order to attend.

Rizvi’s ultimate goal with the workshop is both to continue to raise money for Erma Bombeck Writers’ Workshop Endowment and empower attendees with a rush of confidence, especially for students because, “the student involvement is key; if we don’t have the students involved, why are we doing this?”

Junior and scholarship recipient Abby Papenfus discussed that the workshop is so important to her because she recently began writing for The Lala, an online publication geared toward college-aged women.

“Through this experience and through my coursework, I have developed a strong passion for my writing and can see it as a viable path for my future.”

Most of the student volunteers’ responsibilities were comprised of introducing the speakers at the beginning of sessions, saying prayers at meals in the evenings, and live tweeting throughout the three days. This allowed students to meet with the authors, network with attendees, and learn from experienced professionals.

“This will be my first year attending but I can already tell that this will be one of the most beneficial extra circular events I will go to hosted by UD. To be in the presence of such talented and well-renowned writers, and talk to them, and learn from what I’m sure will be hilarious sessions is truly priceless. It would be such a waste if I missed this.”

Rizvi agrees with Papenfus’ sentiment, noting that UD does an excellent job of inspiring students to move in the right direction, “with that nudge of encouragement…you begin to see yourself in a different way. ‘Oh, I can do that!’…Or it could even be running a special event, not just the writing aspect of it, the whole behind the scenes, putting it together.”

Throwing something together as vast and nationally recognized as the Erma Bombeck Writers’ Workshop is no easy feat. It requires months of preparation and dozens of people to truly make it the best it can be. Rizvi reflected that, “it’s always a challenge to find really strong and really funny keynote speakers and to keep it fresh, and to look at new trends within the industry. When we first started we never had sessions on how to market yourself through social media!”