Cracking the code of epigenetics will be world-changing! 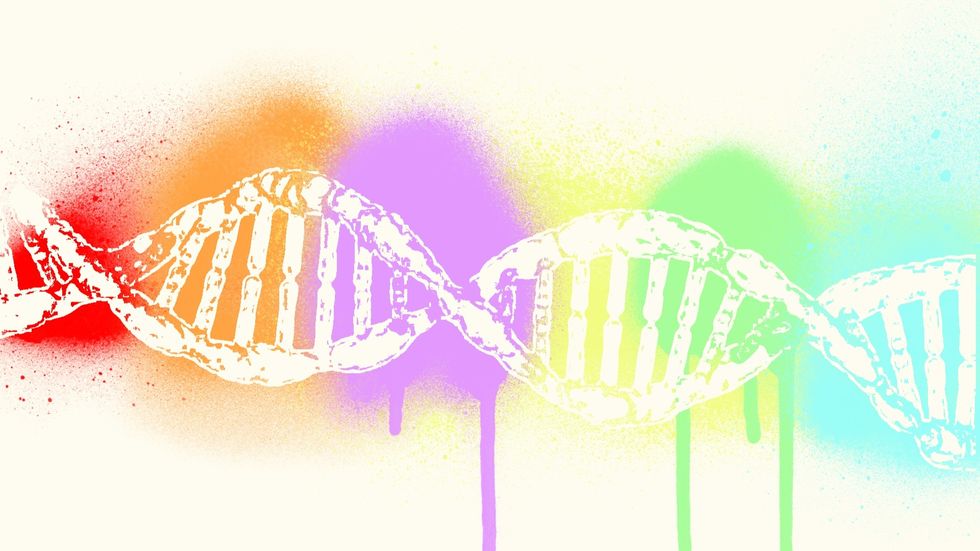 Despite my biology seminar being the most stressful class of my fall semester and not being interested in 90% of the things I was learning, that lone 10% taught me some mind-blowing stuff about not just genetics, but also epigenetics. I remember the day my professor began teaching us about epigenetics; I'm pretty sure my mouth was open in shock the entire time. Ever since then, I have been overwhelmingly fascinated by epigenetics and its potential in all fields of science, but especially within the mental health field and oncology. In fact, it's what I want to study and research for the rest of my life! Now, that's enough of me gushing about science. Let's get into the facts and information (aka let's geek the heck out, my fellow science nerds).

Okay, before I begin explaining epigenetics, I should probably explain plain old genetics. Genetics put simply, is what makes us who we are; it is the study of inherited characteristics or genes. Genes are made up of a fancy schmancy double-helix containing a certain order of A, T, C, and G (nucleotide bases) called DNA (deoxyribonucleic acid), which basically acts as a master code for all of your genes. This code is used for making molecules and controlling the many chemical reactions of life. It's crazy, isn't it?! (Click here to read more about genetics.)

Without epigenetics, all 20,000-25,000 genes within the human genome (all DNA contained in an organism or a cell) would be activated. Now obviously, that would be REAL bad because then all of our cells would be the same; we wouldn't have lung cells, heart cells, brain cells, etc. because there would be nothing differing them. However, my fellow nerds, that's where epigenetics comes in!

I figured that me just describing the process would be REALLY confusing, so I put a picture in as well to help you visualize it!

Epigenetics, when broken down, literally means "on top of genes," and it is the study of gene expression. Quite frankly, epigenetics is what controls our genes because it turns certain genes on (become active) and off (become dormant). If a gene is dormant, it means that proteins that read DNA cannot access the gene because the DNA is wound too tightly around the proteins (so the proteins are right next to each other, basically touching), making it unreachable.

If a gene is active, the DNA is not wrapped as tightly around the proteins, so the proteins are more spread out, which exposes the gene. So before you lose your mind, your literal genes are not being altered, their ability to be accessed is. You're probably thinking, "BUT LIKE HOW DOES IT DO THE THING?" and let me tell you, that's how I was. Get ready to be blown away, people.

-how much you exercise

-what types of exercising you do

-the people you interact with

It blows my mind, people, how much the outer world alters our inner world. But also, not just this. If scientists can figure out how to manually alter genetic expression, it would lead to breakthroughs in cures for cancer and mental illnesses, and other illnesses and diseases in general. When the epigenetic code is cracked, the results are going to be groundbreaking and miraculous.

Just imagining all the people that epigenetics can help absolutely astounds me, and I can't wait to help my fellow science nerds crack the epigenetic code.

Related Articles Around the Web
education
Report this Content
This article has not been reviewed by Odyssey HQ and solely reflects the ideas and opinions of the creator.