Remember The Empty Chairs This Holiday Season
Odyssey
CurrentlySwoonLifestyleHealth & WellnessStudent LifeContent InspirationEntertainmentPolitics and ActivismSportsAdulting
About usAdvertiseTermsPrivacyDMCAContact us
® 2023 ODYSSEY
Welcome back
Sign in to comment to your favorite stories, participate in your community and interact with your friends
or
LOG IN WITH FACEBOOK
No account? Create one
Start writing a post
Lifestyle

I've resolved to take this reality check of life's fragility, and use it ensure that I don't take anything for granted, especially during the holidays. 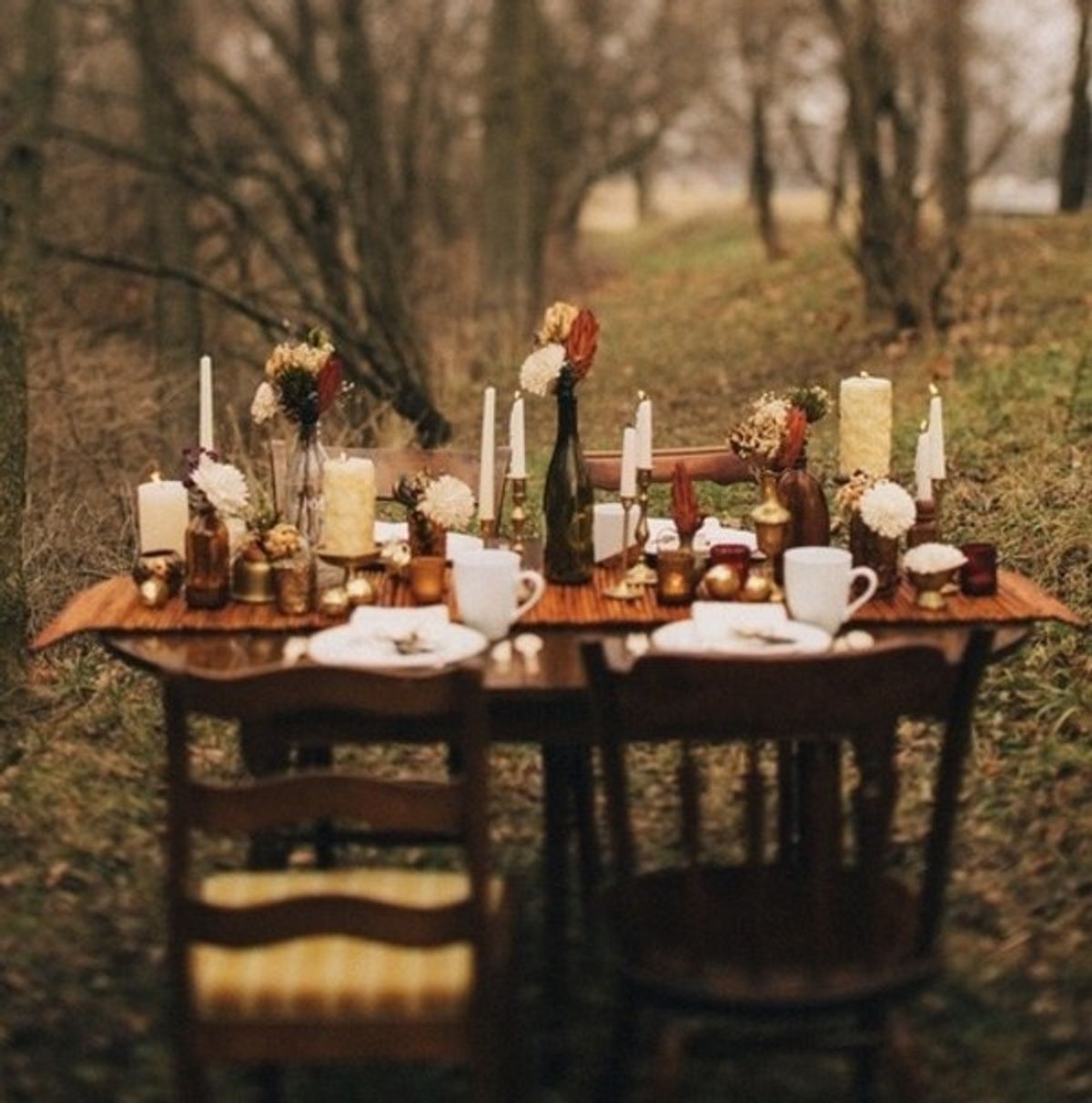 Usually, after Thanksgiving wraps up and it’s officially socially acceptable to be excited and merry about the Christmas season, I am as jolly as they come. I love Christmas. Below is raw footage of me last year around this time.

However, this year, I am not feeling as elf-like as usual.

Last week, I found out an old roommate of mine passed in a freak car accident. I received a text from a family friend notifying my siblings and I that he had taken my mom to the ER. A horrific bus crash that resulted in the loss of 6 young children’s lives shook the community in Chattanooga, Tennessee, where I used to live. Scott Dayton, a friend of my brothers, died on Thanksgiving day while serving in Syria.

Before all this weighty news, my biggest concern was what vegetable I wanted to cook as my contribution to our Thanksgiving dinner. Come Thursday, I was so relieved to have my mom sitting next to me at the table, her ER trip turning out to be nothing too major, I couldn't care less what was actually on it.

However, six families in Chattanooga had empty chairs at the children's table of their Thanksgiving dinner. Six young, innocent lights were extinguished by the crunch of metal around a tree, and for family dinners to come, they won't be present.

Scott Dayton was an Explosive Ordnance Disposal Warfare Specialist, the riskiest job you can have in the military, in my opinion. An improvised bomb is the reason his two children won't be opening Christmas gifts from him this year.

I used to complain about my roommate Curtis's heinous snoring, I'd joke that I'd rather share a room with a blender. It's odd to think that he's not snoring, not even breathing anymore. He won't get to ring in the New Year with his family, or kiss his girlfriend at midnight.

These realizations hit me hard, and jolted me from my previously myopic view of the world. I felt naive, because I neglected to acknowledge that not even Curtis, the most spirited and lively Brit I knew, is guaranteed to live a full life. I felt guilty, that Scott made the ultimate sacrifice on the other side of the world while I was sitting on my couch watching a Lifetime Movie Network Marathon titled "Kill Me Now."

I've resolved to take this reality check of life's fragility, and use it ensure that I don't take anything for granted, especially during the holidays. I resolve to zoom out from the trivial things; the Black Friday deals, decorations, dinner sides, etc. I will give my time instead to the loved ones around me because the most expensive, most precious gift you can give someone, is time.

Nicole Marie Nigro
Individual Creator
9699
c1.staticflickr.com
Where to start...... Let me start with the cliche that life throws us curveballs and what we do with it is what counts.