Why do we think it's so cool not to care about things? 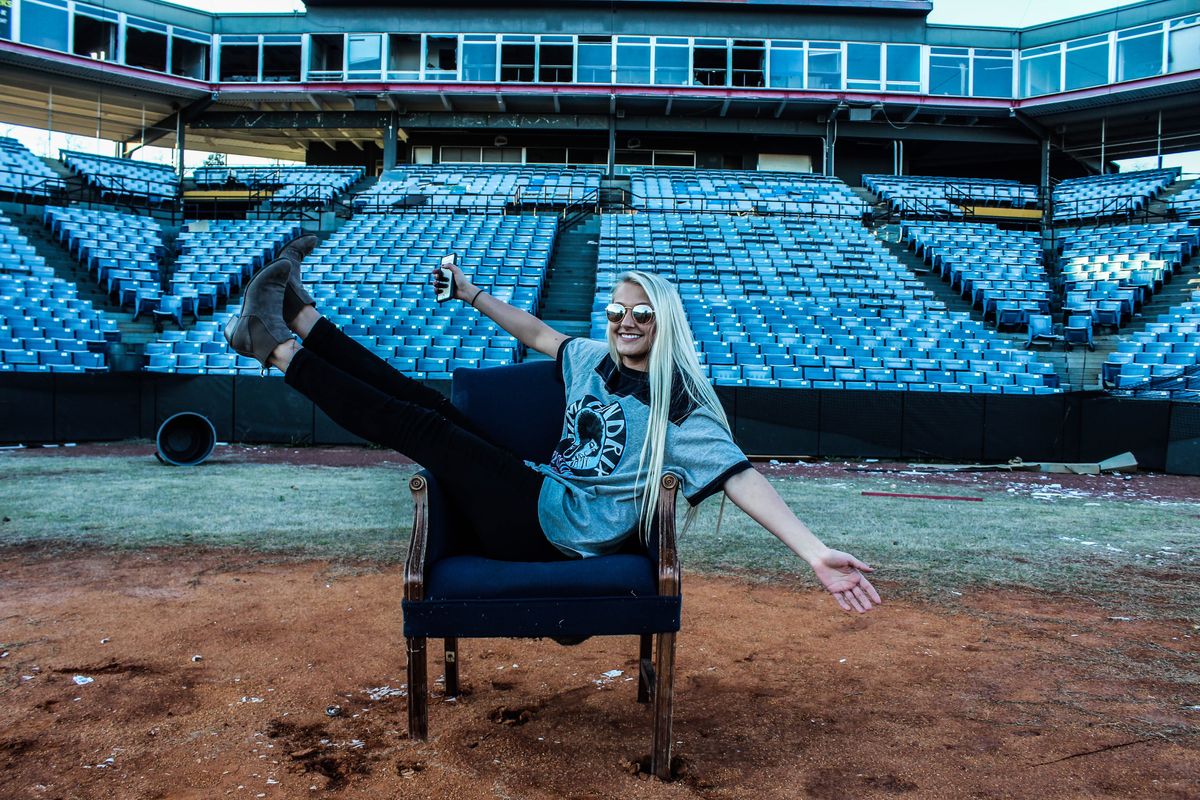 If you know me personally, you know that I know a lot of people.

I take the initiative of being friendly to strangers because I never know where it will take me. I enjoy forming personal connections with as many people as I can. I love it. Having this passion for connection and energy of others also brings out my observer side. Not so much about the little details of what somebody wore two days in a row, but about the things that they do and choose to talk about and invest their time in. I find it very interesting.

College as a whole has brought me a multitude of new faces and connections through classes, roommates, Greek life, and so much more. With the number of people I've encountered, I started to realize that there was a common personality trait in so many of them that I couldn't exactly put into words.

Then it came to me.

Some people can be SO boring.

Not the typical kind of "beige" boring (that's what I like to call it) where somebody enjoys sitting in an office doing paperwork every day for 80 years and calling it their life, but the kind of boring when somebody hides their passions to try and keep their creativity silent because they're afraid of what everyone will think.

This is seriously even the case with some of my best friends.

Why do we think it's so cool to not care about things?

Every single person that I know with this trait has a very obvious passion for something or some kind of creative skill that they downplay severely due to other peoples opinions. It's sad to watch individuals that are so unique stray away from their calling and see their attempt to morph themselves so that they can fit in with somebody else's goals and plans.

But sometimes it's almost easier to do that instead of pursuing your own passions and dreams, in fact, I've been there before, many times.

There's always that one girl in the friend group who immediately shoots down your ideas and goals before you even finish your sentence. You know exactly who I'm talking about because just about every group of friends has one. I can't count on my fingers the number of times that this has happened to me and killed my courage. It's disheartening. Now that I've decided to express my creative energy and talent, it happens way more often.

Expressing my creativity started when I chose to be a journalism major and pursue my creative passions. Often when I tell someone that, the response is similar. "How are you going to get a job?" "Oh like a weather girl?" "Do they even get paid that much?"

That being said, I have many passions that I've started to nurture with my creative energy, ignoring the fact they've been shot down so many times. One of them being that I'm a natural writer. I enjoy creating things like articles, blog posts, and "vlogs" that show my energy, what goes on in my head, who I am as an individual, and could possibly inspire someone.

Because of this, I asked some friends and family members if I should start my own blog. The response was similar all around and people told me that it would be dumb, and nobody would care about what I had to say even though I really wanted to. I listened at first and set my idea aside, but now I've been working on my own blog for about a month that I'm excited about, despite all of the feedback. Writing for Odyssey was also a step towards exploiting my creativity on a public spectrum and has helped me to stop worrying about constant approval.

But back to my actual point:

Here's what you can't do. You can't rethink your goals and dreams like I did, just because the people around you aren't in tune with your same creative flow. It's hard to get over craving the approval of the people you surround yourself with, it took me a while to figure that one out. I've learned that you cannot be lukewarm about anything. Seriously, it's so boring and a waste of time. There's way too many cool things in life to NOT be passionate about any of them. I promise you, it's not cool anymore to not care about anything.

Even more importantly, we have to embrace and respect other peoples creative energy that you're surrounded by whether you support it or not. We're all here trying to do the best we can, so the least you can do is keep the judgment to yourself when it comes to someone else pursuing a dream that you may not feel the same way about.

Whether you're like me, and you have a passion for things like writing and music, or if it's something entirely different like art and design, or fitness, or science, or outdoors, or seriously anything at all- embrace it. It's 2018, let's make this year about showing off our individual talents and nurturing each other's creative energy, no matter how different they may be from ours.