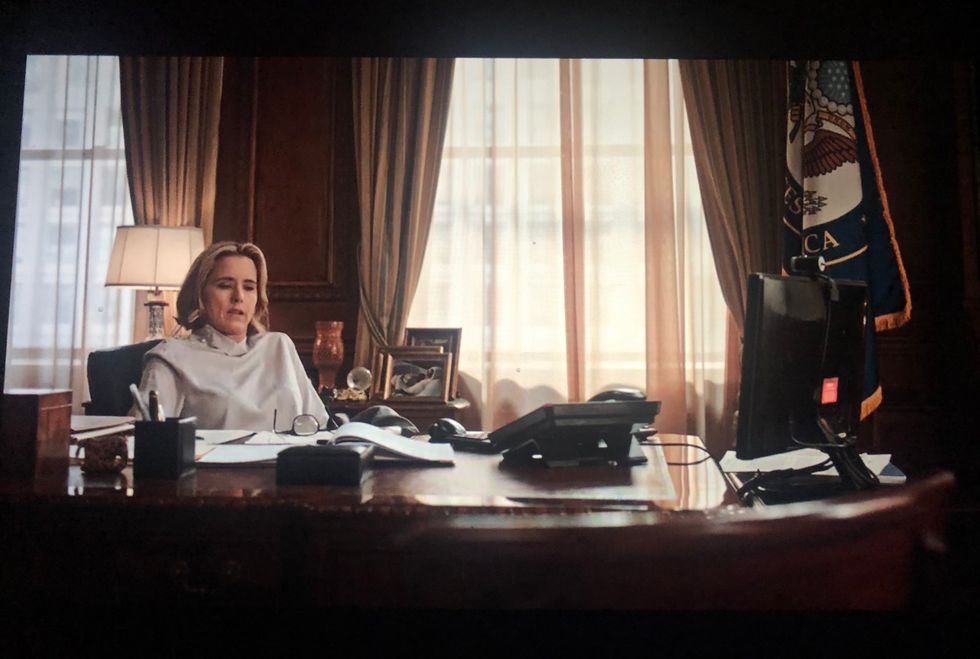 Secretary of State Elizabeth McCord is one hell of a character on the show "Madam Secretary." Season five is well underway, and she is looking to make an even bigger impact on the nation and the world than she is already making. She spent 20 years working in the CIA, became a college professor, and raised three children with her husband Henry by her side. Here are just a handful of her various quotes from the last five years.

1. Sometimes you *do* have to choose between the lesser of two evils.

3. Everyone in this town worth anything has an oppo file. Using it against them is the last refuge of a scoundrel.

4. Swoop in, change the course of history, swoop out.

5. I just could never get a handle of the "trust no one" part of my job.

6. Nothing says sweet dreams like being eviscerated by the President.

7. I can feel your sarcasm behind my back.

10. Loyalty is a tough thing to predict in this town.

11.Is it somebody's birthday? I love morning cake.

12. I mean...it's fun to feel pretty. But when that's the only thing the world is looking for, they miss so much.

13. I want people to talk about what I'm trying to do, not about how I look like trying to do it, you know?

15. Sometimes making evil have to duck and find another hold is the best thing we're going to do.

17. Look at the two of you, bonding over espionage.

18. Our work isn't political. Our work is representing the interests and values of the Unites States to the best of our ability.

20.There isn't a phrase that scares me more than "something needs to be done."

21. Well the Constitution is in tact...for now.

22. Your promises are not my problem. National security is.

23. What kind of life would I be living if I didn't have time for a muffin?

24. Did I miss anything on the way here? Like Texas seceding?

25. This is why the intelligence community shouldn't keep secrets from me.

26. A cold terror over job security never hurt anyone.