Why Our Education System Is Broken

Why Our Education System Is Broken

Plain and simple, it needs to change. 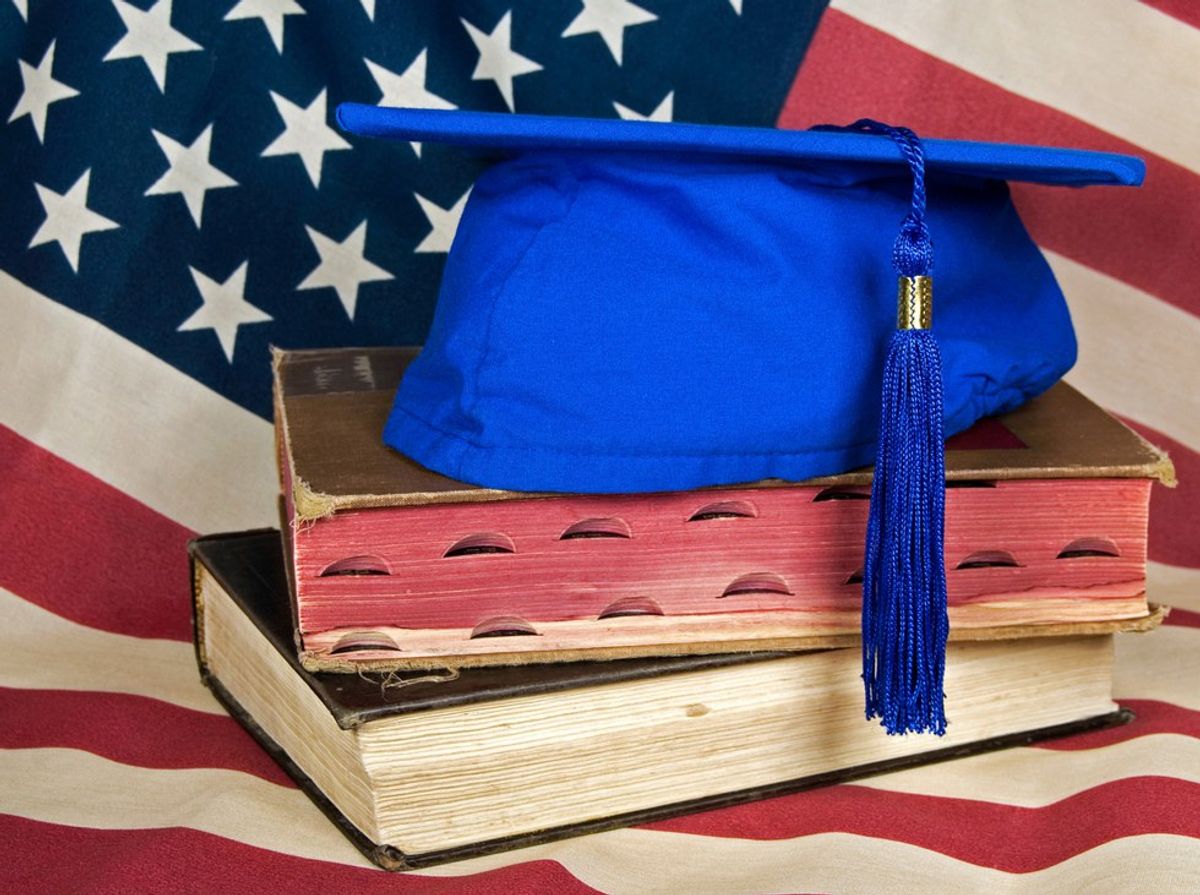 Before I begin, I'd like to say that I'm no expert on this topic. I'm just some college student that would like to get his two cents out in the open, with those two cents being that there are some things seriously wrong with the education system here in the U.S. That may sound like just some millennial complaining that he has to go to school, but I promise there is legitimacy in that claim. Now that's not to say that our education system is the worst, but neither is it the best. And here's why.

One of the first things that comes to mind, for me at least, is the fact that our schools are overcrowded. Think about it; how common is it in high schools and colleges that anywhere from fifty to one hundred students are crammed a room with only one teacher and a PowerPoint presentation? Even at the low end of that spectrum, 50:1 is not a good ratio. More students means that there is less time to emphasize the material and make sure each one understands what is being taught, not to mention the fact that some classes are less than an hour long. This simply isn't good enough.

Another thing is that the public education system has hardly changed at all over the last two hundred years. Ever since the 1800s, we've had a system of going to special buildings in order to learn about topics like math, science, history, and language. That's all fine and good, but there's more to education than simply knowing your multiplication tables or how the Greeks influenced Western society. Learning is a process about life, and that includes things such as learning how to properly converse with others, how to manage your money and balance a checkbook, and learning to cook (for a brilliant article on the subject, click here). Things have remained mostly the same for the past two hundred years, for better or for worse. The world has changed dramatically over the past few decades alone, so it's about time the education system learned to adapt.

The last thing that I'll mention is that the system's priorities are all wrong. Speaking honestly, I get the impression that the education system is not about education anymore. It's about passing. I've seen it many times; come Finals, students are stressed about how well they are going to do on a test or in the class rather than what they actually learned from it for the sake of their GPA or graduation credit. There's more emphasis now on getting a C- or better rather than actually teaching the students about the subject. Mark Twain even once said that "College is a place where a professor’s lecture notes go straight to the students’ lecture notes, without passing through the brains of either", so this is by no means a modern problem. This also links back to the last two points as well as the dilemma that public schools have been receiving less and less funding every year. If education, real education, is the best investment we have to make a better world, why are we not putting forth the time and money to make that happen?

So to summarize, there are some thing seriously wrong with our education system. Underfunded schools means we don't have the means to hire qualified teachers and that we're forced to crowd our classrooms with students, affecting both sides. Things have become stale when it comes to teaching, and a greater emphasis has been placed on passing rather than learning. It seems to me that we could learn a thing or two from our worldly neighbors like Ireland, South Korea, and Canada, but that's an article for another day.

Go ahead and dismiss me if you like, but I've made my point. Now there's only one thing left to ask; what are we going to do about it?