9 differences between the east and west. 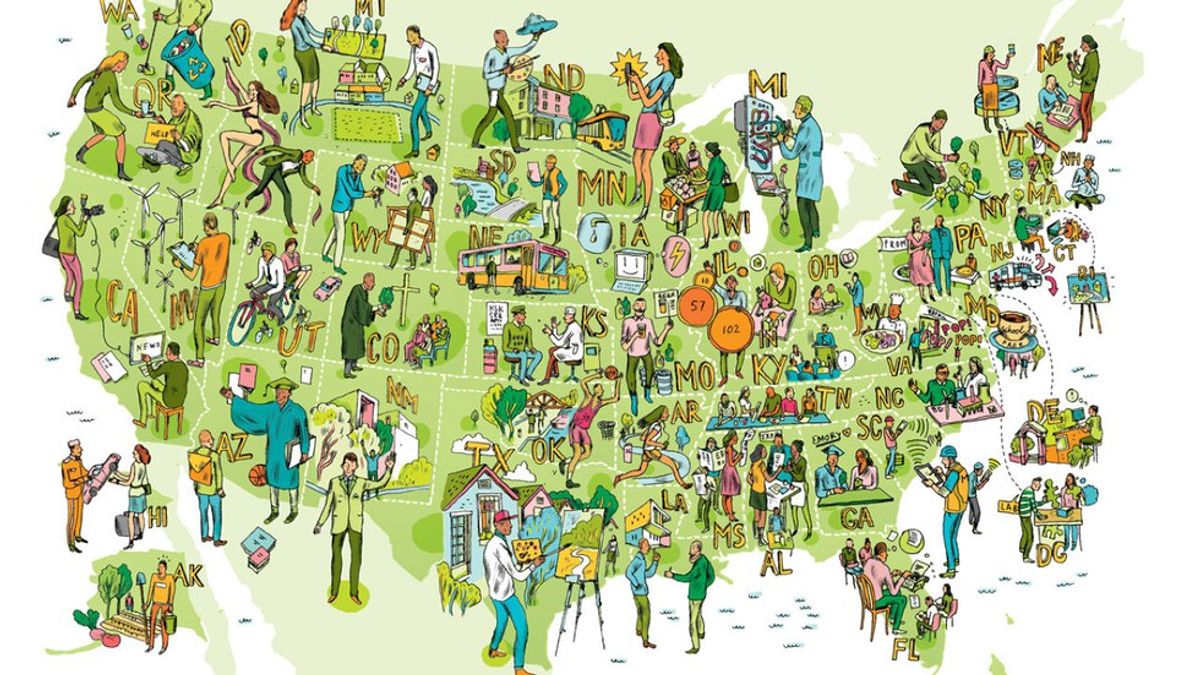 I moved to San Diego, California about a year ago. Prior to that, I had lived on the east coast (primarily New Jersey) and overseas. Until I went to the west coast a year ago, I never understood the "east coast vs. west coast" debate. Now that I've had a little taste of west coast livin', I can surely say that there are many differences between the east and west.

While many beaches on the east coast (especially those along the Jersey shore) require visitors to purchase day passes, most Cali beaches are open and free to the public.

Diners can be seen on nearly every corner along the east, while the burger joint In-N-Out is a popular restaurant on the west coast.

Because of the cold current coming down from around Alaska, the water on the West Coast is colder than that on the East Coast, which is brought up from the Gulf of Mexico's warm waters. This makes for many more swimmers on the east and tanners lounging on the west.

Despite the differences from north and south, as well as the fact it very much depends on where exactly on each coast you are, the west coast is typically known for warm weather year-round, while much of the east coast experiences chilling winters and hurricane season in the fall.

Although there are some sports, like baseball, football, and soccer, that seem to be popular everywhere, the east coast tends to be very interested in lacrosse while west coast athletes practice water polo.

Everyone knows and loves those tall Cali palm trees, but the east coast is covered in beautiful evergreens and brilliant autumn foliage.

While the west coast architecture tends to have more Spanish, southwest influence, the east coast is covered in Victorian, stone, and wooden buildings, reflecting more British and German styles.

The east coast is blanketed in seasonal forests that change with the weather, while the west coast is characterized by its rocky shores, redwood forest, and deserts and cacti down south.