To Me, Dressember Means Overcoming My Limits
Odyssey

To Me, Dressember Means Overcoming My Limits

It's bigger than a dress. 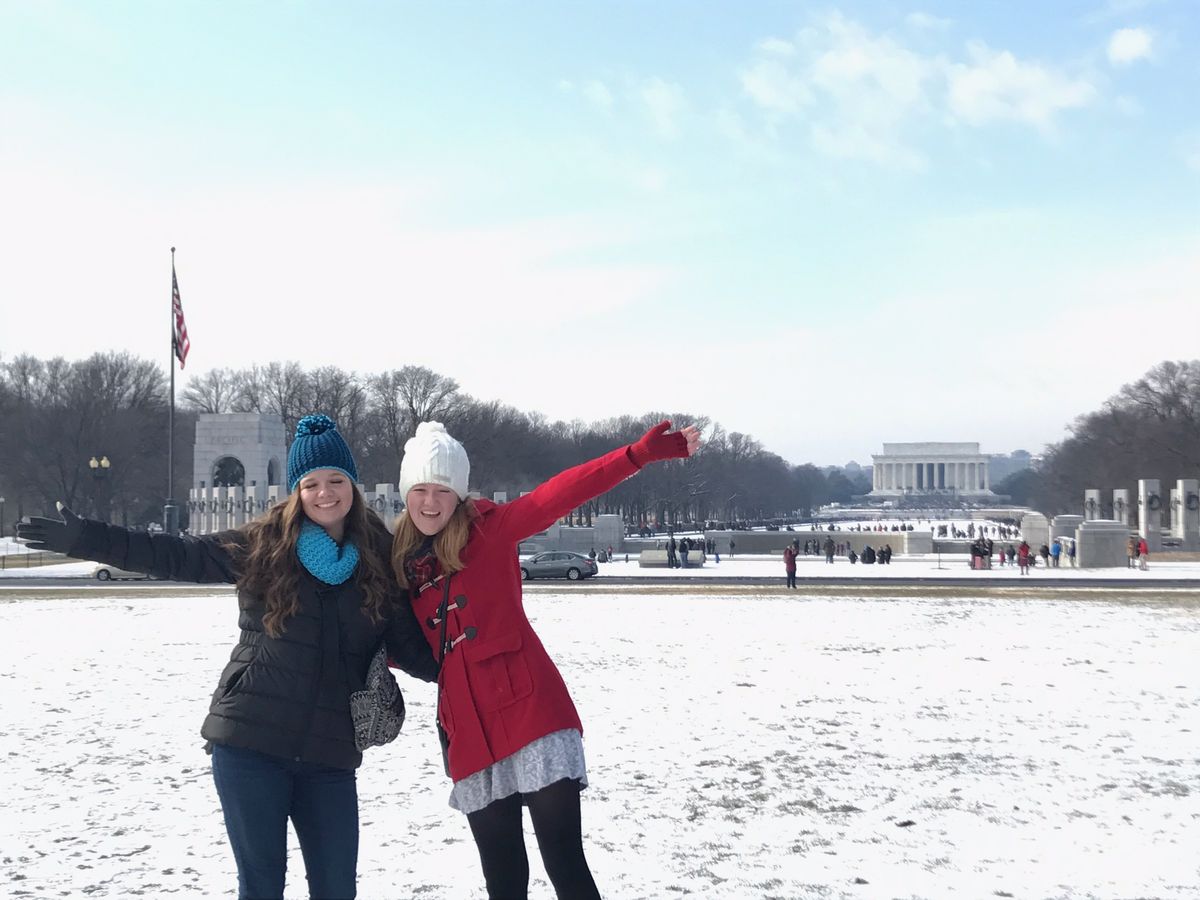 About a month and a half ago, on Dec. 1, I started something that has had a huge impact not only on the last month and a half, but also on my perspectives on a lot of issues.

If you've been paying close attention to my Odyssey articles, this is something you've heard about before: The Dressember Foundation. Dressember works to free all people from modern-day slavery in the form of human sex trafficking through lots of fundraising, and, as the name implies, Dressember.

Dressember is a month long campaign, taken on by thousands from around the world, in which each advocate wears a dress or bow tie every day in December and fundraises to end human trafficking. It sounds simple at first, but when you really think about it, that's 31 days of dresses in arguably the coldest month of the year.

Why a dress? Because to many people, dresses represent fragility, weakness and delicacy. And Dressember operates on the belief that it's time for us to reclaim the image of the dress. Because human trafficking tends to have a disproportionate impact on women, and especially young women, the dress is a symbol. It's a symbol of all the ways that women are strong, and all the ways that they have control of their own narrative. Most importantly, the dress is a symbol of freedom, which is what the Dressember Foundation ultimately seeks for all people.

But it's so much more than a dress.

For me, Dressember was a month of growth.

It was a really humbling experience to acknowledge the limits of wearing a dress every day, and to figure out how to work around them. But what I started to realize is, there really aren't limits to what you can do in a dress. For instance, I went ice skating, toured all of Baltimore and the Mall area in DC, attended a basketball game (that means climbing bleachers !!!!), and even taught the little girl I was babysitting to do a forward roll–while wearing veeeery thick tights–all while wearing a dress.

It was also humbling in that it forced me to focus a lot less on what others thought of me. For starters, I had to learn to be OK with the fact that some of my friends wouldn't understand why I cared about this particular cause and chose to make such intentional choices to support it. But it was more than that.

On the second day of finals, Dec. 9, I was walking back to my dorm after taking my two hardest exams. It was snowing. I had forgotten to put on tights, and I was freezing. I was irritated, and I got to the football stadium, which was all lit up. There were tons of people flooding into the stadium too, and passing me on the sidewalk, all wearing camo, many giving me dirty looks.

They were there for the 1A High School Football Championship. One woman came up to me, and said, "You should not be wearing that! Your legs are probably freezing." (Which, they were, but that's really not the point) I decided this could be an opportunity for me to explain what I was doing and why, and maybe even to gain a little support. I launched into it, explaining what Dressember was. She said, "Missy, I'm going to call your mother! She would never let you leave the house like that." (It seems important that this woman did not know my mother, nor did she have any idea how she would or would not let me leave the house).

I just said, "Thank you for your input," and kept walking. But it stung! I hated knowing that that's what people thought of me, and in that moment I selfishly didn't want to continue the campaign.

I received such incredible support though, from people I never would've expected, and those who always support me alike. A girl from my school in Switzerland who I hadn't spoken to in at least three years donated $3.00. That might not seem like a lot, but every bit counts, and it meant more than I could say to know that she supported what I was trying to do.

There were lots of comments about how ridiculous the cause was from virtual strangers all month long, but this amazing support I received, and, more importantly the cause itself made it all so very worth it. And, like I said, it got to a point where I really stopped caring. What did it matter what others thought of what I was wearing, if I knew it was so fully for a great cause?

Dressember also helped me land a spot on Baltimore local news, which, though I didn't actually watch it, was pretty exciting. Most exciting of all was the love and support given in kind comments from family, friends and vague social media acquaintances–as well as the feeling that I really made an impact.

Which brings me to my last point. It's Human Trafficking Awareness Month, all January long. I raised $416.66, with an original goal of $350–thanks so much to all who donated, by the way, you're kind of the best–but the Dressember Campaign as a whole set their goal at $2 million.

We are 99.14% of the way there, with just about two weeks left in the month of January. With your generous support of my or another advocate's campaign, we can reach our goal of $2 million to aid, support and rehabilitate victims of human trafficking. Check out my fundraising link here: https://dressember.funraise.org/fundraiser/miranda-cecil. As I mentioned before, any amount makes a difference, and will be put towards rehabilitation of human trafficking victims. It's more than a dress.