The Tag That Stopped Me From Buying A Dreamcatcher
Odyssey

The Tag That Stopped Me From Buying A Dreamcatcher

Native American culture cannot be "Made in China" 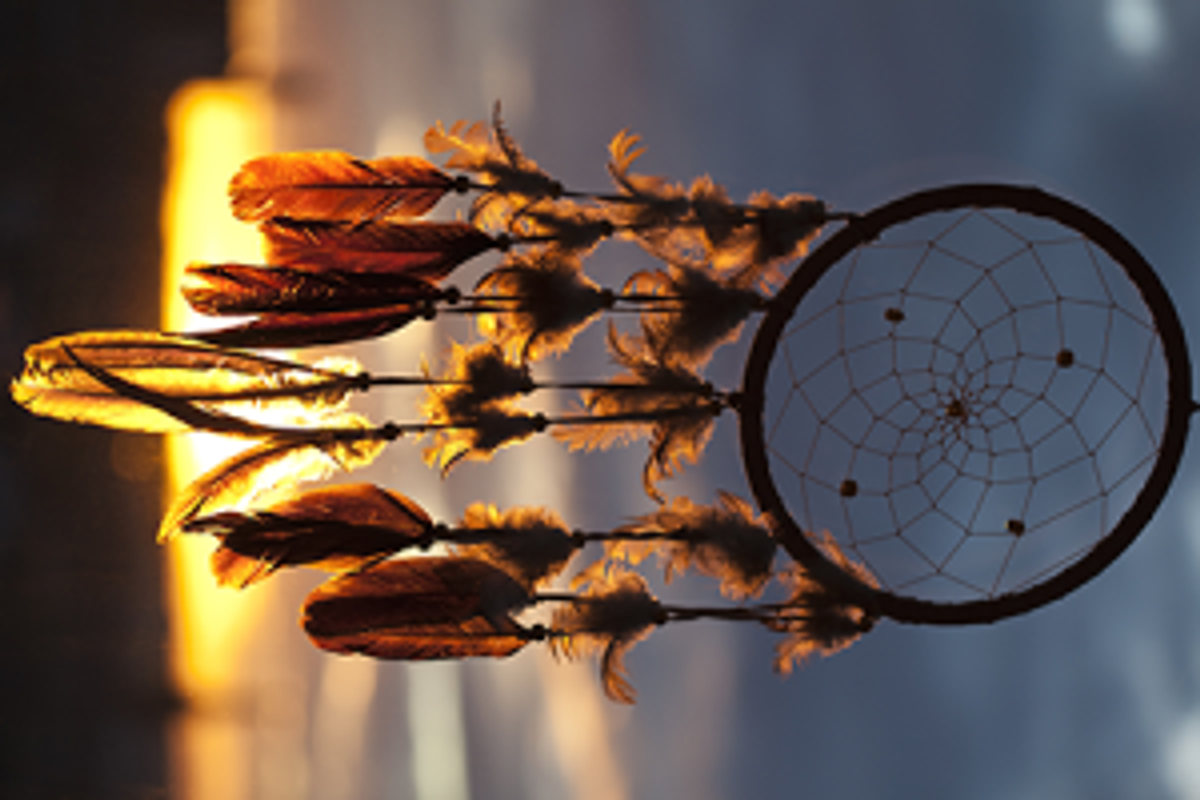 A few weekends ago, my best friend yanked me into one of her favorite stores at the mall: Fuego. Her birthday was approaching, and she wanted to treat herself by purchasing some jewelry. While she surveyed the ring display, I scanned the shelves that were filled with miscellaneous decorations and adornments when a marvelously intricate dreamcatcher caught my eye. It was beautiful with it’s variety of strings and beads that formed into a symphony of color.

I had been thinking about purchasing a dreamcatcher for some time since my grandmother is Native American, and she tells me that I should have one. I’ve never identified myself as a Native American (since there’s only a tiny fraction in my blood), but I do enjoy hearing all about the ways that she is involved with her culture. As I grabbed the dreamcatcher off of it’s hook to further inspect it, I noticed that it was only $7.99, but I also saw a tiny tag that said “Made in China.”

I laughed out loud and hung the dreamcatcher back on the hook. Something about buying an iconic artifact of Native American culture from some company in China just felt wrong. I told my friend about it while she overanalyzed the three rings that she had narrowed it down to. She too guffawed before we bought her favorite ring and left the store.

I told my grandma about this incident later, and she went into a very passionate rant about how “the Europeans stole our land, and then the government stole my family’s money, and now they’re stealing every bit of culture that we have left.” I always laughed about how infuriated she would get when she complained about this, but I definitely understand why she’s so upset.

The European crews did massacre the Native American people-- with weapons and disease. Then they forced my grandmother’s ancestors into reservations. On these small portions of land, they coerced Native Americans to cut their hair, learn the English language and participate in their religion so that they could dilute Native American culture. None of that is a secret anymore, although it was kept secret from us in our classes because we didn’t want to undermine the patriotism that was sustained through the Thanksgiving story where the pilgrims celebrated with the Native American people.

To makeup for stripping them of their homes, spirituality and culture-- our government promised families, like my grandma’s, money to makeup for their mistakes. Apparently, not all families have been given the pensions that they were promised. Regardless, it only makes sense that people should stop capitalizing on their culture: like with the dreamcatcher.

These huge corporations commission their workers in other countries to make these genuine Native American artifacts. According to this webpage, dream catchers are symbols of strength and unity (the outside hoop) with strings that act as a web for negative dreams. The pleasant dreams are transferred to the sleeper through feathers that often hang from the bottom and drain them into a sleeping person’s mind. Instead of honoring this valuable tradition, companies manufacture dreamcatchers that don’t quite mean anything to those that create it.

Rather than buying dreamcatchers from stores like Fuego, where they are made in other countries, I think we can all agree that these enriching products should be bought from the people who actually created them. I see Native American stands at every city fair that I’ve attended in Spokane-- and I imagine that it’s the same with other towns too. These people, who design their own dreamcatchers with authenticity, intentionality and tradition deserve our money-- not the corporations who stole the idea from someone else in the first place.

If you’re too lazy to go out and find these authentic vendors, here’s a website where you can purchase them from REAL Native American designers.