The Ultimate Dragon Ball Z Card Collector`s Guide
Odyssey
CurrentlySwoonLifestyleHealth & WellnessStudent LifeContent InspirationEntertainmentPolitics and ActivismSportsAdulting
About usAdvertiseTermsPrivacyDMCAContact us
® 2023 ODYSSEY
Welcome back
Sign in to comment to your favorite stories, participate in your community and interact with your friends
or
LOG IN WITH FACEBOOK
No account? Create one
Start writing a post
Entertainment

Dragon Ball Z cards are a great way to collect your favorite characters and scenes from popular anime series.

They are also a great way to interact with other fans of the show. Whether you are looking to trade, battle, or simply display your collection, Dragon Ball Z cards are a must-have for any fan of the series.Types of Dragon Ball Z Cards

Dragon ball cards is a popular anime and manga series, and as such, there are many different types of Dragon Ball Z cards available for fans to collect. The most common type of Dragon Ball Z card is the character card, which features a portrait of one of the series' many characters. These cards are typically used to represent that character in card games, and often have statistics or other information printed on them.

Another popular type of Dragon Ball Z card is the energy card. These cards are used to power up characters' attacks in card games and come in various colors corresponding to different elements. Energy cards typically have symbols representing their element on them, making them easy to identify.

There are also location cards, which represent different places in the DragonBall universe; item cards, which can be used by characters to gain an advantage; and event cards, which can be played to trigger special events during a game. Whatever type of Dragon Ball Z fan you are, there's sure to be a set of cards out there that's perfect for you!

Dragon Ball Z is a popular anime series that has been running since 1989. The show follows the adventures of Goku and his friends as they defend the earth from various villains. Over the years, the show has spawned a huge amount of merchandise, including Dragon Ball Z cards.

No matter which method you use to collect Dragon Ball Z cards, the important thing is to have fun and build up a collection that you’re proud of. 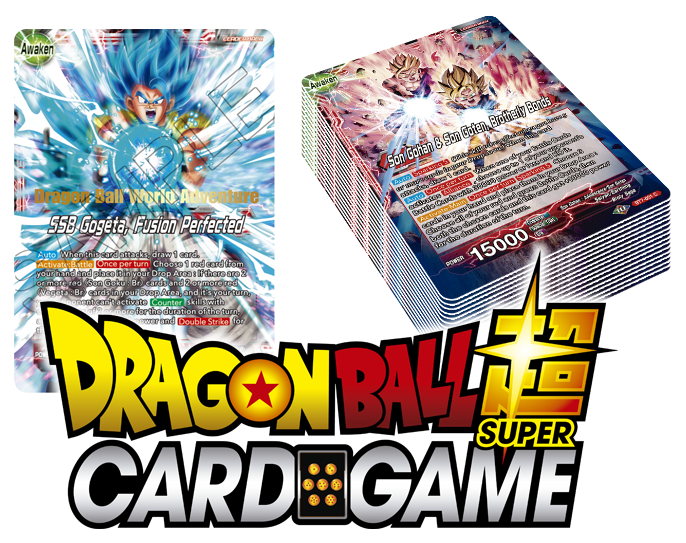 Dragon Ball Z is a Japanese anime television series produced by Toei Animation. Dragon Ball Z follows the adventures of Goku who, along with his companions, defends the Earth against evil. The show was broadcast in Japan on Fuji TV from April 1989 to January 1996, before being dubbed into English, and broadcast in the United States on Cartoon Network from September 1996 to May 2003.

Trading cards are the more common type of Dragon Ball Z card and are typically released in booster packs. These cards can be used to trade with other collectors or played in games such as the popular card game, Yu-Gi-Oh!. Collectible cards are rare and more valuable, and are not meant to be traded or played with – they are meant to be collected and displayed.

The value of a Dragon Ball Z card depends on a number of factors, including its rarity, condition, and whether it is a trading or collectible card. Rare cards in good condition can fetch high prices from collectors willing to pay for them.

Nicole Marie Nigro
Individual Creator
6900
c1.staticflickr.com
Where to start...... Let me start with the cliche that life throws us curveballs and what we do with it is what counts.