The Pros And Cons Of Being A Twin
Odyssey
CurrentlySwoonLifestyleHealth & WellnessStudent LifeContent InspirationEntertainmentPolitics and ActivismSportsAdulting
About usAdvertiseTermsPrivacyDMCAContact us
® 2023 ODYSSEY
Welcome back
Sign in to comment to your favorite stories, participate in your community and interact with your friends
or
LOG IN WITH FACEBOOK
No account? Create one
Start writing a post
Relationships

The Pros And Cons Of Being A Twin

Why you don't want to be a twin. 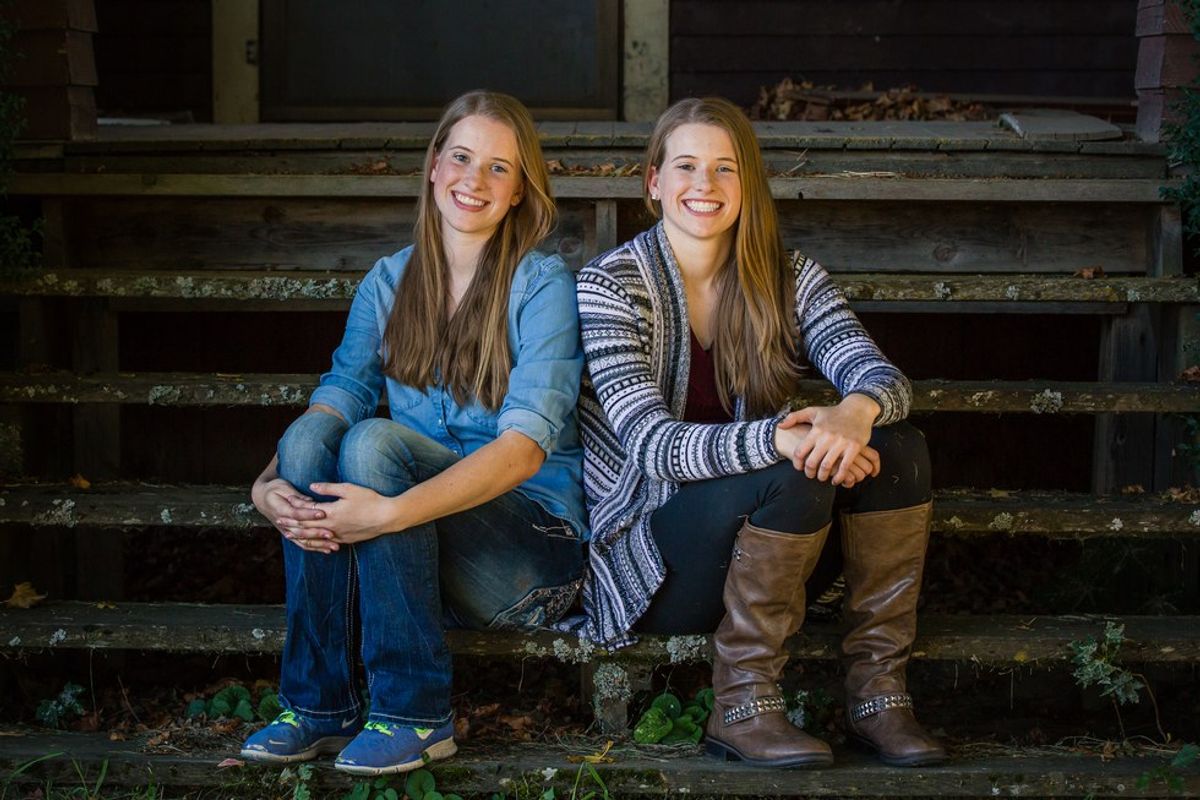 When people tell me they want to be a twin, my response is "no, you don't." Honestly, being a twin isn't what you'd expect. There's a lot more fighting, planning, and brutal honesty that comes with it.

My sister and I have been each other's Maverick and Goose since we were born, and I couldn't see it going any other way. But here are the reasons why being a twin is like being stuck in mud for 18 years of your life.

It may be "cute" to your parents when you're little and snuggle together in the same crib, but try being a teenager and living in a bunk bed with another teenager. I can recall countless days where one of us would wake up, and then the rest of the night was spent tossing and turning.

2. You aren't your own person

Your interests, your friends, and even your clothes can be shared. The problem isn't being around each other all the time as much as it's learning that you unexpectedly wore the same shirt that day.

3. You're always considered "one of the twins"

To go along with not being your own person, everyone refers to you as a twin, the twin, or one of the twins. In sports, you're never sure who "Karr" refers to, so unlike your other team mates, you're referred to by your first name.

4. You'll always be compared to each other

You may take different classes, but teachers will always believe you are the "other one." So many times I've been called Jessie that I just started answering to it and taking a mental sticky note to tell my sister later that so-in-so said hi.

5. You're never sure which one of you your parents actually wanted

As I was supposed to be born first, I'm just going to say that I was wanted. (Dear Jessie, we can fight about this later).

Now, here are the reasons why I love being a twin:

1. I was born with my best friend

As much as I hate you, that could not compare to the love I have for you. You're a part of my life, my soul, and my heart. I'm so lucky to have shared my life with you.

2. I constantly get to tell people we're cousins (and some believe it)

I love it when people ask us if we're twins and we say no. Their faces get so confused that it makes the times where people think you're older so much easier.

3. The joke that you "ate your triplet in the womb" scares people

I obviously couldn't have eaten my twin. (p.s. if you don't get this joke, watch "Pitch Perfect").

4. When someone picks on you, your twin will always have your back

So many times you've had my back in an argument, and though I believe I'm a pacifist, I won't forget the day I heard someone talk bad about you. I was so angry that they had no choice but to apologize a day later.

5. You can always count on him/her to pick you up when you're down, even when they laugh at you first

Through all the scrapes, bruises, black eyes, and stitches, you've been there for me. You picked me up, dusted me off, and most times, we laughed after.

6. You have the best car DJ in the world—because it's basically yourself!

So basically Jessie, I just wanted to tell you, I love you. And, for everyone out there that wants a twin, you don't—if we all had twins, my relationship with mine wouldn't be as special.