I Don't Want To Be In The Room Where It Happens

I am the one thing in life I can control. 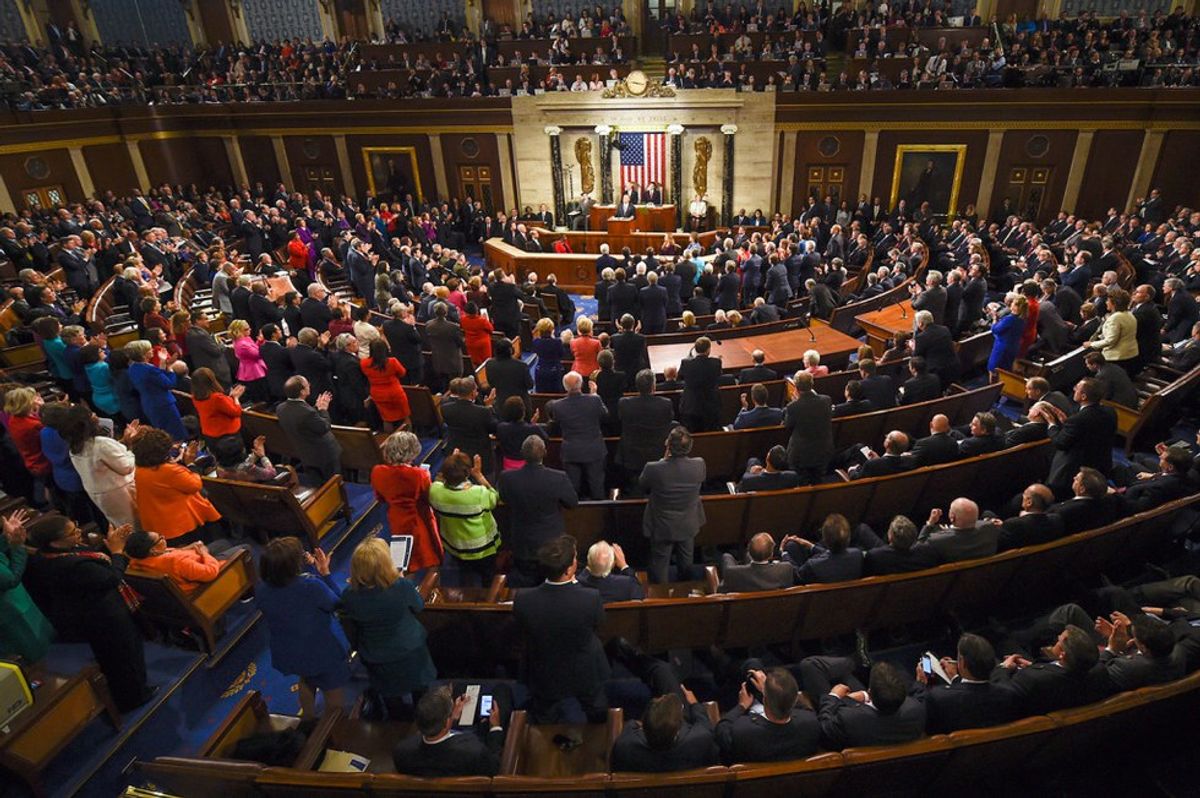 I've been aware of presidential elections since I was eight, when George W. Bush was running for re-election against John Kerry. The first one I remember in more detail is the 2012 election, though. I had an active opinion (even though I was too young to vote), and I watched the debates. Back then, politics interested me and I even considered minoring in political science when I got to college (something that never came to fruition).

This election season has changed a lot of that. The primaries didn't shape up at all how I wanted them to, and the last few months have felt like a nightmare we can't wake up from. Any time politics came up in my own house, I would end up fleeing from the room because I knew the conversation would take a turn that would stress me out. Deciding who to vote for has left my stomach in knots on more than one occasion.

Ironically, I decided to take a 100-level political science class this semester as an extra gen-ed. I knew it would be extra interesting because of the election. Most of the time during class, though, I end up hunched over my computer, just trying to avoid the fray. Controversial opinions are voiced, ones I vehemently don't agree with, but confrontation scares me. I stumble over my words and forget my well-formed thoughts any time I engage in debate. I would love to push back against opinions I view as wrong, but I never have the courage to do so.

And I most certainly, unlike former Vice President Aaron Burr, do not want to be in the room where it happens. Learning even more about our political system has taught me that. I could never be a senator or state representative, let alone a president. To avoid arguments, I often concede to another person when she expresses her opinions, even if I disagree. I'll usually say, "Yeah," or "No, I get it," or something along those lines. It's not like I change my mind with every new person that comes along; I just worry so much about starting something I can't finish that I'd rather not even get involved in a heated discussion. I'd be a great bipartisan politician but terrible at representing my constituents.

This all doesn't mean I completely ignore politics. I believe in the power of voting. I discuss issues with one of my best friends, and we always stay civil. Sometimes I have random fantasies about what I'd do if I were in Congress. And I often stress about the decisions our nation's leaders are making and the people who are about to be in power. I want our leaders to be wise, caring, and smart. I want them to, as the great Peggy Carter said, "Compromise where you can. Where you can't, don't." If you aspire to be in politics someday, hold firm to what you believe, learn from your mistakes, and work to better our nation.

As T. E. Lawrence said, "All men dream, but not equally. Those who dream by night in the dusty recesses of their minds, wake in the day to find that it was vanity: but the dreamers of the day are dangerous men, for they may act on their dreams with open eyes, to make them possible."

So if you want to be in the room where it happens, props to you. Just don't be Hamilton or Jefferson. Be the Washington in that room.

Emmaline B
The Narrative
94489
https://unsplash.com/photos/O0T1SIgHAfM