Don't Be Sad It's Over, Be Happy It Happened (Part Three)
Odyssey

Don't Be Sad It's Over, Be Happy It Happened (Part Three)

"Are all treasured moments in life so brief? Or am I being punished for taking a bite out of the apple?" 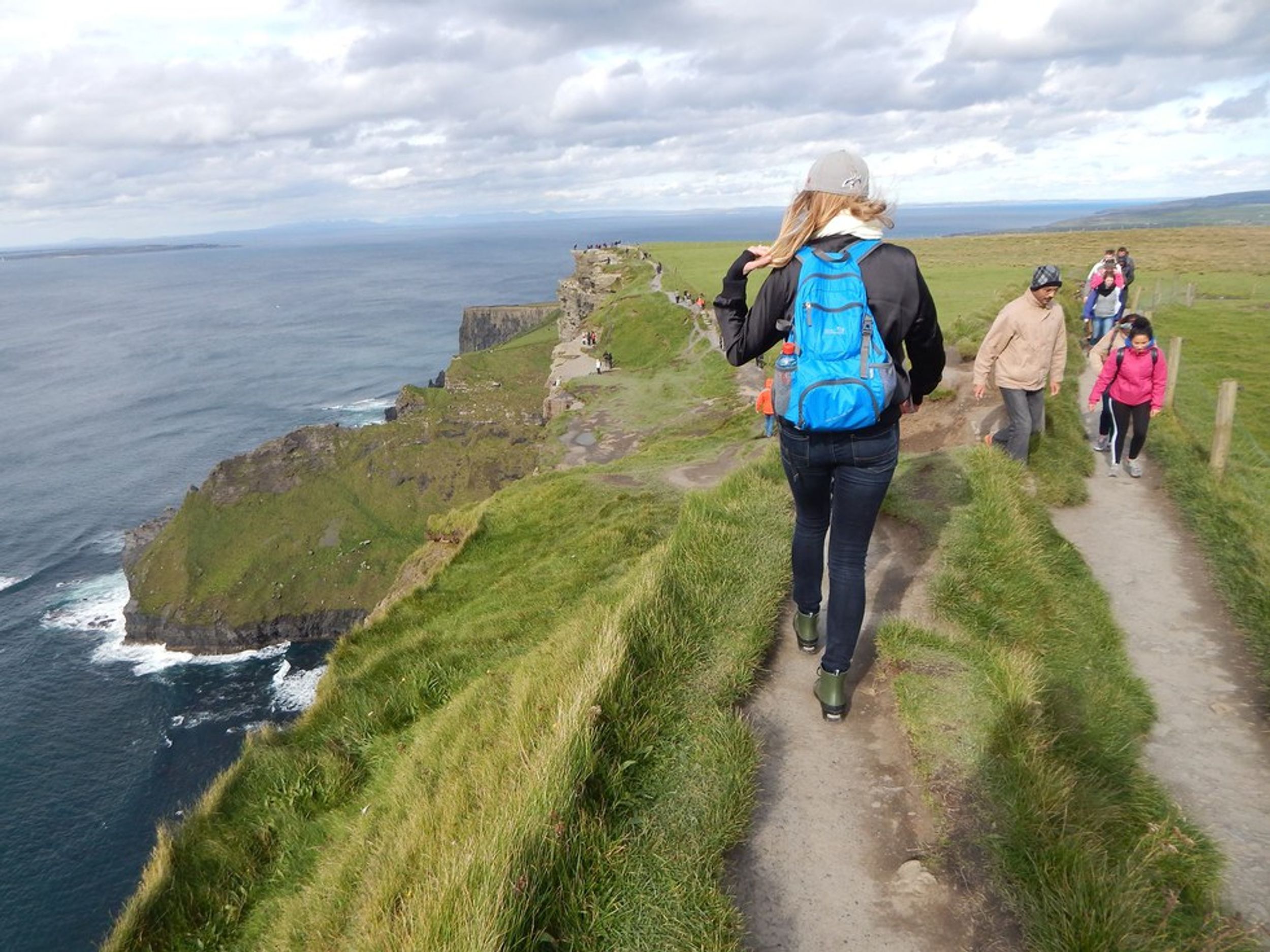 Thankfully, the cold, salty Irish air helped me sober up and in that moment, I wish I could turn the scent into a Yankee candle. We all hooked arms and swayed back and forth with our steps on the way back to the hostel, laughing, singing, free and filled with pure bliss. Time had no meaning to us, worries were inconceivable, and negativity was non-existent as we kicked through the puddles between the slick cobblestones of Shop Street. I’m young, I’m alive, and I’m in love with life. Unbelievably, my night was about to get even better.

Butterflies flew rampantly when I saw Zach sitting behind the desk back at the hostel, which wasn’t good for the quickly declining state of my stomach. As everyone else dispersed, I plopped on the staircase across from him and smiled widely, internally laughing at how disheveled I must have looked. “Looks like ya had a good night” he smiled at me. It was already 4 AM at this point and I had one final tour only a few hours later. I decided to invest any remainder of my energy into conversing with this handsome man as the truth that is reality told me I’d never see him again. Make this next hour count, I convinced myself.

I told Zach about dancing uncontrollably throughout the evening, as well as my encounter with Kevin and how he popped my personal bubble. He listened attentively and laughed at most of my stories from the evening. I felt like I was trying to rush and fit as much conversation in as I possibly could as the dawn approached, for the first time in my life I didn’t want the sun to rise. In all honesty, I had no intention of meeting anyone special while I was in Europe. I wasn’t looking for it, in fact, I was looking the opposite direction. This trip was for my independence, my personal growth, and self-discovery. Yet of course, as the universe would have it, what can happen will happen. And so, I found Zach when I wasn’t looking for anyone at all.

After showering off the smell of Irish tobacco and alcohol, I returned to the desk to say goodbye. “Well…it was really nice talking to you, thanks so much for keeping me company.” I felt timid with my words. There was something more that I wanted before I left him but I was shy. He nodded slowly and looked up at me with a sentimental smirk, one I won’t forget. “Of course. I wish ya the best of luck with the rest of your travels.” I lingered for a moment, then slowly began to back down the hall towards my room. “Goodbye Zach…I enjoyed our talks…” I’ll be so upset if I don’t get a kiss from this guy. “Me too.” His smirk continued as he stroked his scruffy chin. Frustrated, I slumped around the corner and hurried into my room. 5 am on a Sunday and I’ve never been so bothered.

The second my head hit the pillow I get a message on my phone: “I was trying really hard just now not to pop your personal bubble” he said. That was all I needed to hear. “Let me get my socks” I responded immediately, what a sexy response. I threw on some socks and hurriedly tiptoed back out of the room, everyone else asleep. Perhaps it was lust, perhaps it was me romanticizing the fact that I was kissing a handsome Australian in Ireland, but I felt a connection. The chemistry was apparent. Kissing him was an awakening, magical moment for me. A light had reappeared in my life, one that shone on the dark shadows I had been remaining in for so long. A toxic relationship for three years prior deprived me of passion and meaningfulness, I can’t remember the last time I had been kissed like this. Clearly, I’ve been missing out. As if 24-hour friendships weren’t difficult enough to get accept, 24-hour romances were another animal.

Disney’s The Lion King did a great job at teaching me that life’s not fair at a young age, but sometimes I still have trouble accepting that. This was one of those moments. It felt terribly unfair that I was awake, aware, and alive now, but I had to let go. I had been shaken free from monotony and apathetic kisses, I had experienced bliss, and now it was being ripped out of my life as quickly as it entered. Are all treasured moments so brief? Or am I being punished for taking a bite out of the apple? A thought that I didn’t want to acknowledge pushed its way into the front of my mind, chipping away at my heart simultaneously: right guy, wrong time.

Perhaps I’m naïve, maybe even a wishful thinker, but I found it bewildering that a stranger held me with more passion than my most recent boyfriend of 3 years ever did. This, in fact, made it much more difficult to let go, but we knew our time together was limited. Neither of us said much, I think because words wouldn’t do our thoughts and feelings justice. Sometimes, silence says it all. As I fade into the shadows of the hallway towards my room, I turn around once more. He’s there, at the opposite end of the hall, watching me with a bittersweet smile. With one last wave, I turn the knob quietly and slip into the darkness of my room. As I curl up in my bed one final time that evening, my phone glows with a message: “Maybe our paths will cross again one day.” If I have any enemies in this world, it’s false hope.

Being on a bumpy tour bus with a hangover and a driver that keeps trying to make awkward jokes is never a good combination. Miranda and I try to fall asleep on both of Michael’s shoulders, as he decided to come with us to the Cliffs of Moher. Jenny and Sam went their own way, two more temporary souls with a lasting impression in my life, I was sad to see them go. Mikey, Miranda and I became a friendly trio quickly and effortlessly, telling our life stories within the few hours spent traveling through the vibrant valleys of Ireland. Michael was sweet, caring and genuine, but with a smart mouth on him at times. He started to feel like a dear friend I had known my whole life, yet another travel bond to never forget. I tried to learn and mimic his accent throughout the day as we walked through meadows and hopped over rocks. He even taught Miranda and I how to roll a cigarette. Now I'm a rebel without a cause, Jimmy Dean would be proud of me.

I watched as Miranda and Michael skipped happily along the Cliffs of Moher after each other. They had developed their own bond, becoming evidently fond of one another as the day went on. I wholeheartedly approved, as I would tell her later, I liked this Australian manfriend much more than the last one she had. I wiggled my body up to the edge of the cliff, laying on my belly. My chin rested on the periphery of the rigid rocks. There’s a strange mixture of invigoration and vulnerability that comes from looking down about 480 feet into a reckless jade green sea below. I feel so tiny yet so grand all at the same time. I’m literally living life on the edge, and I’m loving it.

2 hours of sleep, a traditional tourist hangover, and living life on the edge with Miranda and Michael at the Cliffs of Moher.