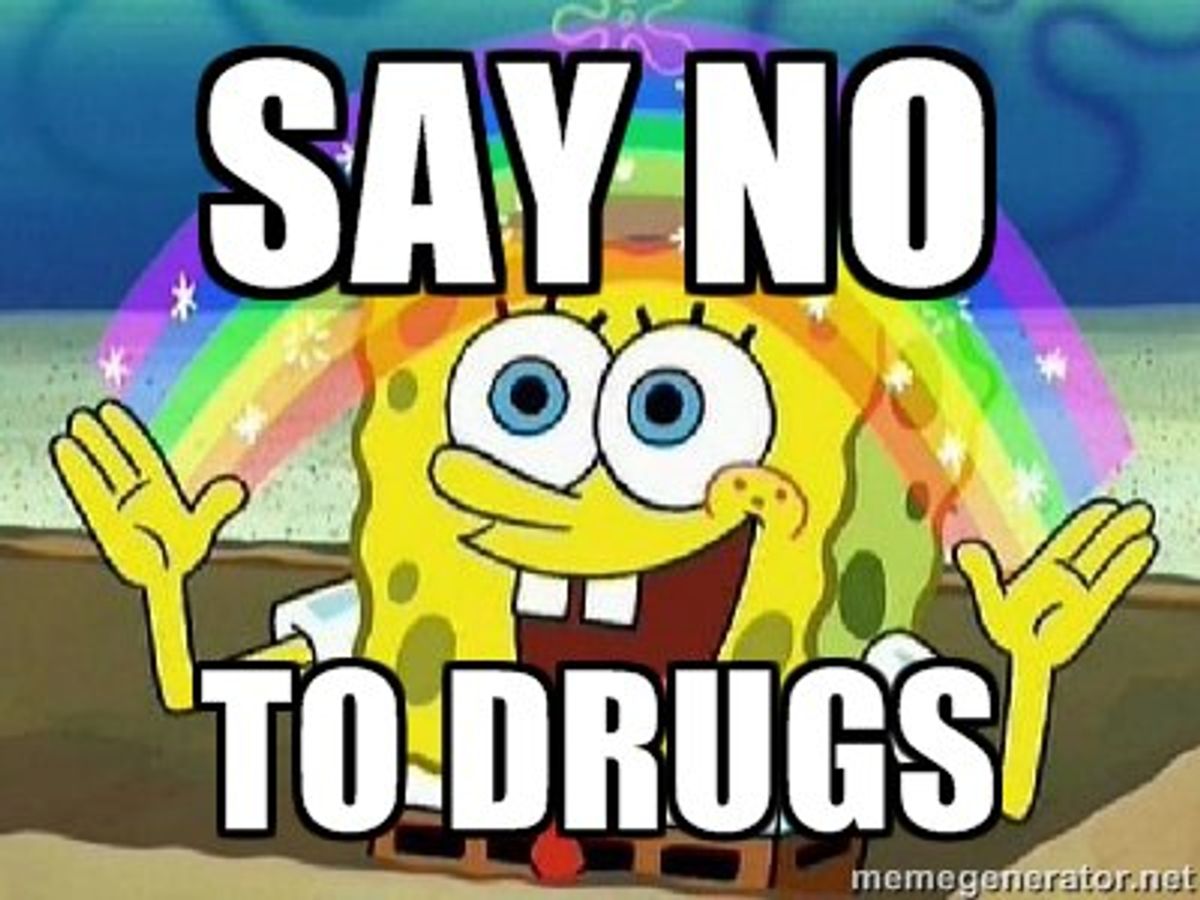 A major controversial issue in today’s times is the debate on whether or not the American government should legalize the recreational use of drugs. While there are reasonable arguments for both sides, I believe that legalizing recreational use of drugs will cause the United States of America a laundry-list of issues. I am so tired of seeing so many people who are pro-legalization that don't seem to realize the cons of the situation. Just the other day, I was talking to someone who was saying how great they think it will be once all drugs are legalized. No. Just no.

According to Drugwarfacts.org an estimated 1.5 million Americans arrested each year for drug crimes, only a fraction are actually sentenced. By legalizing drug abuse, we are allowing that fraction to grow larger and larger. It is estimated that 83 percent of drug criminals have had prior criminal history and only about 17 percent are labeled as “first-time offenders." The amount of crime will absolutely skyrocket to numbers that the American legal system will be unable to quarter.

Another big justification in favor of anti-legalization is that the amount of drug abuse in America will rise to unimaginable levels. Drug abuse is a major issue that effects our society. Drugwarfacts.org show that there has been more than double the number of drug abuse related deaths since 1980.

Abuse is only going to get worse.

If we legalize drugs, we legalize the increased experimentation of drugs by minors as well. Youth nowadays are always looking for social acceptance, and unfortunately, the popular social trends are to act in an illegal manner. In 1976, the Dutch made marijuana legal and there was a 300 percent increase in usage and experimentation by 18-20-year-olds in just 20 years. In more recent studies conducted on youths between 12 and 17, 60.6 percent were dependent on or abused drugs; shockingly the largest age group to abuse drugs.

Domestic violence will also increase if we legalize. Eighty percent of child welfare cases involve at least one family member that has had a drug abusive past. In 1999, the England Journal of Medicine conducted a study that found if one partner participated in the use of cocaine, the likelihood of domestic violence quadrupled. “The only purpose for which power can be rightfully exercised over any member of the community, against his will, is to prevent harm to others,” said John Stuart Mill in his essay "On Liberty." So obviously, we should not just let these people to continue in this drug-induced domestic abuse by legalizing these extremely harmful drugs.

While those who are pro-legalization argue that governmental funds have exceeded a necessary amount towards cracking down on drug criminals, the economic downfall to the economy will be unbearable. It is proven that drug abusive citizens cost America over $484 billion a year. Pro-legalization arguments also state that drugs could eventually be taxed and bring in a much larger revenue. However, the DEA responded by saying, “Ask legalization proponents if the alleged profits from drug legalization would be enough to pay for the increased fetal defects, loss of workplace productivity, increased traffic fatalities and industrial accidents, increased domestic violence and the myriad other problems that would not only be high-cost items but extremely expensive in terms of social decay”. Sadly, these “profits” are not attainable.

While I am saying I don't agree in the legalization of drugs, that does not mean that I don't agree with medical marijuana legalization. I believe it has helped many people and is beneficial to those with a wide variety of needs.


Last but not least, a few questions are to be posed: Will we legalize addiction once it becomes more common? Would addicts receive full civil rights and push their limits?