Don't Discourage The Boys Who Braid
Odyssey
CurrentlySwoonLifestyleHealth & WellnessStudent LifeContent InspirationEntertainmentPolitics and ActivismSportsAdulting
About usAdvertiseTermsPrivacyDMCAContact us
® 2023 ODYSSEY
Welcome back
Sign in to comment to your favorite stories, participate in your community and interact with your friends
or
LOG IN WITH FACEBOOK
No account? Create one
Start writing a post
Student Life

Don't Discourage The Boys Who Braid

This is to the petty "adults" picking on my boys from camp. 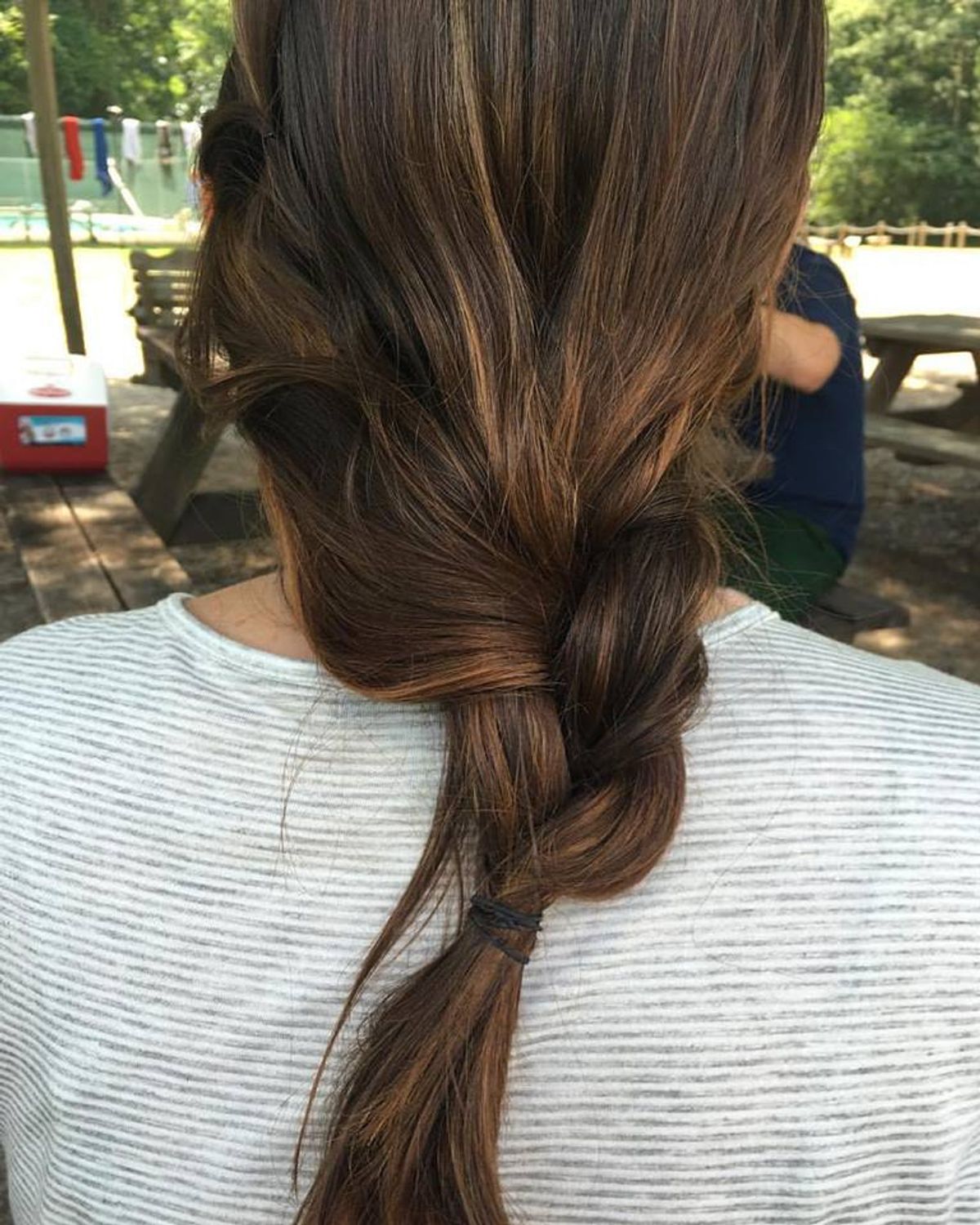 This summer, I am working at a summer camp called Camp Houston, and I absolutely love it! This past week, I worked at boys' camp as the nurse and just helped out around the camp. During pool time one day, one of my sweet campers, who I had met at a Vacation Bible School a few weeks before, asked if he could braid my hair. I was impressed that this nine-year-old boy knew how to do something that I did not learn until my junior year in high school, so of course, I said yes. He carefully laid out the three curly, frizzy clumps of hair and slowly started and restarted. Doing this right was important to him, because he wanted me to show off my braid for the rest of the day. The end result? He captured it on my phone so that I and the world could see. I loved it and thanked him profusely for doing such a fantastic job. He was proud, because he had done something special for me.

Eager to show off his talent and heart, I posted the picture above on my Instagram and Facebook. I got a lot of positive feedback about how good of a job this young boy did. Then, the mean comments came. Adults badgered this boy for braiding, because apparently, it is a crime for boys to know how to treat a woman. These comments immediately got deleted by yours truly. It really made me think about the macho culture and how anything even remotely "girly" could not be done by a "man."

To the "men" who picked on my camper:

At nine, he is more of a man than you are, because he respects people. Even though I was one of two women at this entire camp, he recognized me and made me feel special. He didn't pretend I didn't exist or pester me to look cool or feel good about himself. He treated a woman with love and respect which is what real men do.

He is going to grow up to become a great husband and father if he so chooses, because he has gone out of his way to learn a skill that can do him no good (he has short hair). He learned this skill to serve others and, more specifically, women. I know he will respect his wife and go out of his way to chase her heart, because he did the same thing for me even though we are just now becoming friends.

He is nine, and you're making fun of him, you ought to be ashamed. If you got any pleasure for putting him down, can you really consider yourself a man? Even if he was walking around in a dress, you would still have no room to poke fun at this child. Knowing his heart, he would have loved you no matter what, but you spoke hateful words into his life simply because he knows more about hair than you do.

Quit making our world a terrible place. By telling boys not to genuinely love girls, you are contributing to disrespect and inequality between the genders. With your poisonous words, you are teaching soon-to-be men that women aren't worth the extra effort. By imposing super masculinity on these children, you are pushing them to become aggressive, rage-filled people who will not be positive contributors to society.

Next time, think about your words before you type them.

QueenRadhi
The State University of New York at Stony Brook
2065