Don't Call Me Bitter Because I Oppose Trump's Presidency
Odyssey

Don't Call Me Bitter Because I Oppose Trump's Presidency

I am scared of a Donald Trump-run country. And you should be too. 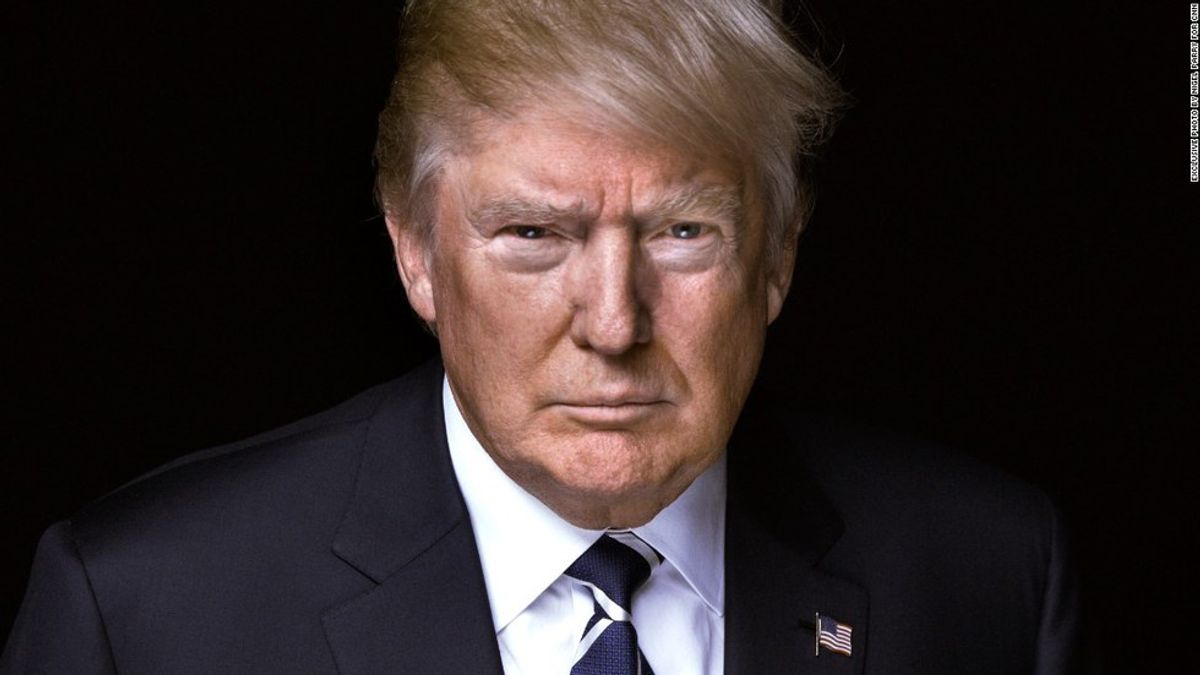 So, I've been trying to avoid explicitly airing my opinions about the inauguration and our new president. It's not because I don't have anything to say, but because I'm tired of being called bitter.

Yes, I am a Democrat. Yes, I supported Hillary. Yes, I am upset that she lost. Yes, I think most of the Conservative ideals held by Republicans are outdated. But that is not why I am angry.

I am angry because I am scared of a Donald Trump-run country. And you should be too.

Every time I try to say how I feel about the results of the election, I am shot down, immediately. I am told to get over it. "He won, she lost. She wasn't worthy of being our president anyway." First, this isn't about Hillary losing. Of course I was excited about the prospect of the first female president. (And don't even start about her not being "qualified.") But, life goes on. If any of the other 20 or so Republicans who ran campaigns had won, I would've been disappointed for a while and then moved on with my life. But Trump scares me.

I know I am white and straight, and that makes me privileged. I don't pretend to understand what people of different races and sexual orientations are going through right now, but that doesn't mean I don't care. I've been told that Trump did not mean what he said about building the wall to Mexico. "It was blown out of proportion"... I'm sorry, what? He said it on television. You can't take that stuff back.

And what was one of the first things his administration did after being inaugurated? They took down pages on the White House Website on health care, climate change, LGBT+ rights, and civil rights. How is that not scary? What's next? Are we going to start denying racism in this country exists? Oh, wait. We already do that.

So, people of color and people of every orientation, I see your fears and I stand beside you.

Trump has said he will be getting rid of the Affordable Health Care Act. He is also condemning 20 million Americans to death. Is that harsh? Maybe. But without "Obamacare," many Americans will die without access to doctors and medication.

I know a lot of people have issues with Obamacare, my only father is one of them, but think about someone else for a change. Yes, you pay more for your prescriptions and waste hours arguing with insurance about the coding of your annual visit. Some people have had health care for the first time in their lives, and now they're going to lose it again because Trump says so.

And what about birth control? This may surprise some people, but you can take birth control and not be sexually active. I know people who are terrified of losing their birth control because it allows them to function like a human being during their period. Sorry, men, having a period is not a walk in a field of daisies. It hurts, and some people suffer more than others.

And Trump appointees truly are a "basket of deplorables." Betsy DeVos, Rick Perry, Rex Tillerson, Jeff Session, the list goes on. I don't pretend to be an expert at politics, so I won't be going into detail on these people, but trust me, they're controversial.

And if you've been agreeing with me so far, I might lose you now. I am graduating with a degree in Journalism. Yes, I'm going to be part of the Big Bad Media who ruined everything.

This is where my own fear comes in.

My livelihood depends on people respecting the media. I don't want to work for CNN or The New York Times, but if you can't trust them, why should you trust Entertainment Weekly or Sports Illustrated or any other news organization?

I'll admit stations like MSNBC, Fox News and CNN gave too much free screen time to Trump and his antics, but how could they not? It is their duty to provide the news, and with the insanity following his campaign, how do you not report on that?

They also have a job to do. A lawyer sometimes had to defend a rapist. A doctor sometimes has to save the life of a murderer. A journalist has to try to be unbiased in reporting on a racist, sexist Oompa Loompa running for president.

So when I say #NotMyPresident, I am not denying his position. He won, I understand that. But he is not my president. He's not the type of person I have come to expect to have in the highest seat of power in our country. I am American. I love my country. But I am allowed to show anger and resentment and protest what could be the downfall of America.

So maybe I am bitter. Just don't say it like it's a bad thing.

Kassie Hsu
Baylor University
2203
Panda Whale
Here are 100 things I'd rather to than study. I know the semester just started, but
Featured