These are my personal favorites, you don't have to agree. 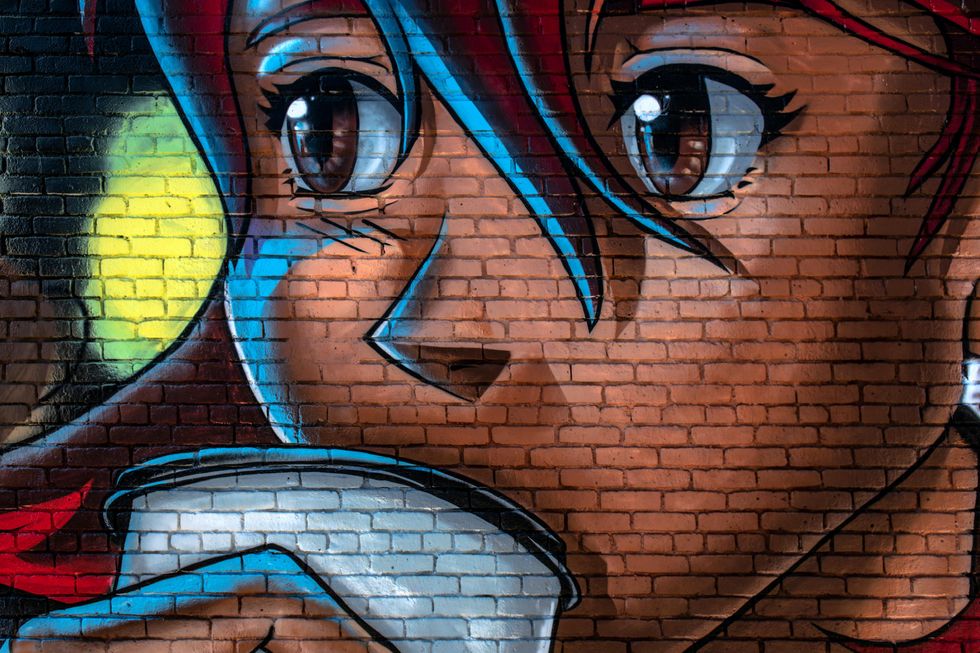 Photo by Tim Mossholder on Unsplash

Opening themes to an anime can set the tone for what's to come. Some theme songs can be happy and cheerful while others can be dark and dreary. No matter what the mood is, you can depend on the opening theme to lift yourself up. When you watch an anime, you start to become more familiar with the opening theme that you might want to listen to the theme song while you're not watching the anime. Well, that's what happened to me. I loved an opening them so much that I looked on Spotify and saved them to my personal playlist. You don't have to listen to them but they're my personal favorites.

Here are my personal rules:

Only one theme song per series.

Since some anime openings change midway through, I'm only picking one theme.

Let's start start out strong shall we? To those who have never seen this anime, Interspieces Reviewers centers around the triumvirate of Stunk, Zel, and Crim, who venture to different brothels to see who's really best girl! The opening is quite upbeat with the main protagisnts singing about the sexual desires. Lyrics like "Nukoze" (Let's Ejaculate), and "Idakouze" (Let's Embrace) reflect the lewd tone set for this anime.

Get ready for a change of tone. This anime centers around Yukiteru Amano, a lonely junior high student who writes down his everyday happening on his cell phone, while interacting with imaginary friends, Deus Ex Machina, the God of Time and Space, and Muru Muru, Deus's servant. On one random day, Deus gives Yukiteru's cell phone the power to record the future for the next three months. Yukiteru is then forced to participate in a battle royale with eleven other users with the same ability. The last one standing takes the place of Deus. The music has more of a dark undertone that fits with the violence of the anime. The lyrics like "We'll snatch away the miracle that's thirsting for a survival game of annihilation, just like a spiral", set the dark tone for what's to come for Yukiteru.

THE HERO (One Punch Man)

In the mood for some rock? This more popular anime centers around a man named Saitama, a hero that can defeat anything with just one punch! The heavy use of the guitar adds to the valiant tone. Lyrics like, "ONE PUNCH! It's over! One victory after another," and "I wanna be the strongest HERO!", set the heroic tone for what Saitama endures while going on his daring adventures.

Something soft yet upbeat. This fantasy anime centers around Shirō Emiya, a hardworking and honest teenager living a normal until he's thrust into a fight-to-the-death battle called The Fifth Holy Grail War. The combatants fight with both magic and Heroes throughout history for a chance to have their wish granted. The opening starts out slow but it picks up the pace when it comes to chorus. Lyrics like "I cling desperately to you", and "So I will keep searching for my own future", express the relationship between Emiya and Saber and Emyia's uncertain future.

The moment you've been waiting for, my top anime opening pick!

Yes, it's the very first opening to the VERY popular anime, Attack on Titan. This anime centers around Eren Jaeger, Mikasa Ackerman, and Armin Arlelt, who join an elite squad of soldiers called the Scout Regiment, who fight against humanoid creatures called "Titans", creatures that devour humans and the ones that turned the protagonists' world upside down. The background music does an upbeat feeling but the lyrics are quite the opposite. Lyrics like "No matter how much you pray, nothing will change," and "The humiliation of captivity is the beginning of the counterattack," shows the pessimism of humanity and the urge to fight back against the Titans.

So there you have it, my top five anime openings! I know some of your favorites didn't make it on my list but here are a few honorable mentions.

RISE (The Rising of the Shield Hero)

We all have different tastes when it comes to music, anime openings happened to be something that I personally like. If you don't like any of the songs that I posted here, that's fine, everyone is entitled to their own opinion. Just remember that no music genre is superior than another.