Donald Trump Just Came Out With First Campaign AD: Is This A Joke?
Odyssey

Donald Trump Just Came Out With First Campaign AD: Is This A Joke?

You've got to be kidding me. 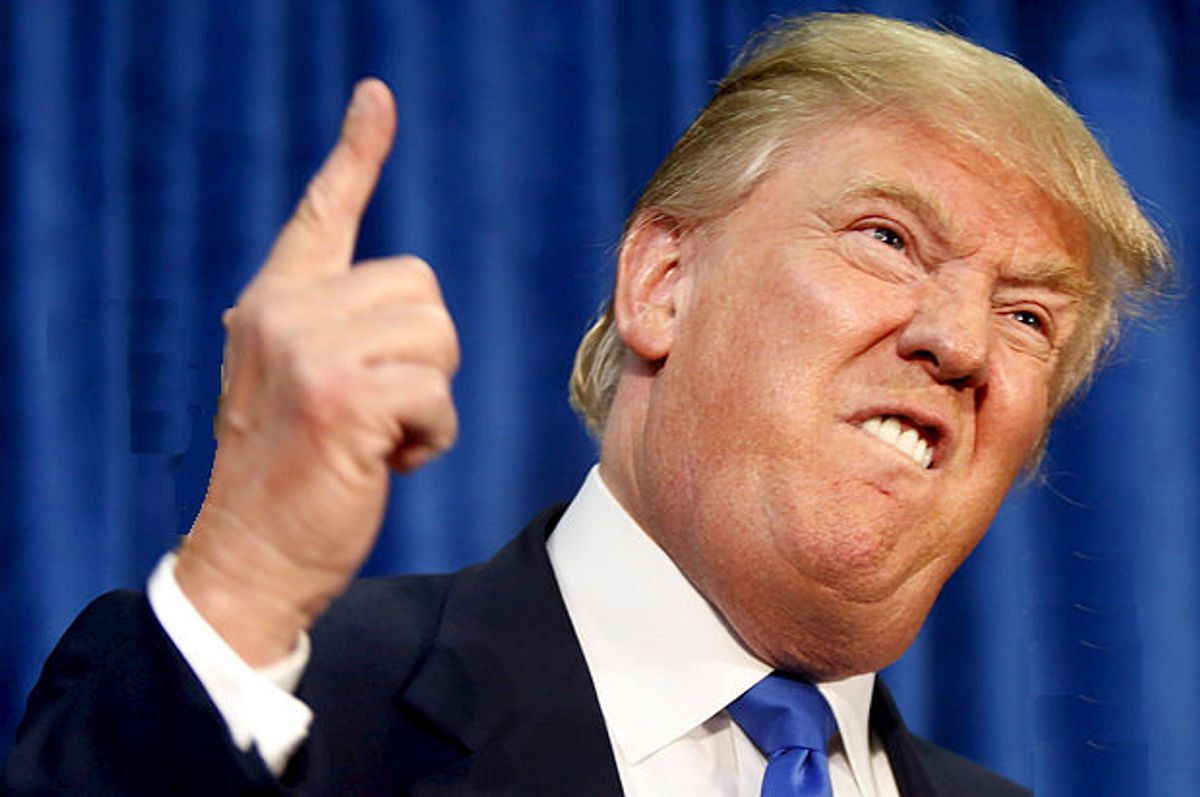 Is this a joke? I don't know about you, but the first time I found out that Donald Trump was running for president I put him in the same category as Kanye. I seriously thought it was a joke.

Now, I am not well-versed in the ins and outs of politics, at least no where near as much as I should be. But it has come to the point where I can honestly say I am embarrassed as an American citizen to have Donald Trump as a considerable contender to be the next President of this country.

Ever since the announcement of his candidacy, the actual thought of him as president has been utterly inconceivable to me. And then last week in one of my classes, my teacher showed us his first campaign AD. And once again, I thought it was a joke.

It took me a few seconds to register the fact that he endorsed this AD, that this wasn't a mockery, it wasn't someone making fun of him. This is his actual commercial.

Besides the cheesy narrative voice or the downright terrible images, the topical content of this AD was unbelievable. His extremist views were highlighted in the commercial by saying he plans to put forth a temporary ban on Muslims entering the US "until we can figure out what's going on." I'm sorry...what? Yes, of course he has voiced these opinions many times but the absurdity of it is outlined in bold in this TV AD. Categorizing all Muslims as terrorists is simplifying a much larger complexity and resulting in an irrational and extremist solution--one that, in no way, will solve the problem.

Then to further his ludicrousness, he basically clumps together terrorists with Mexican immigrants. The images literally fade into one another and the narrative flows as if they are an interrelated issue. And what's his solution to this issue? Building a wall. Yep, Trump says, "I will build a great wall — and nobody builds walls better than me, believe me —and I’ll build them very inexpensively. I will build a great, great wall on our southern border, and I will make Mexico pay for that wall. Mark my words.” Yeah, okay Trump...because you're the one putting in the labor to actually build that wall. Because it's people like you that work tirelessly doing the manual labor for this country that no one really wants to do. Right?

He concludes the commercial with a clip of him saying he's going to make "America great again." America is supposed to be a place of democracy, of freedom, of an eclectic group of people from around the world united as an opportunist nation. And what does he want to do? Build a wall and keep certain people out. That is not what this country is about, these are not the values that this country was founded on.

Everyone can have their opinion. Each candidate, politician, citizen...we all have our views. But the fact that this man is legitimately running for president is not making America great, but honestly making us look like a joke to the rest of the world. Not just the fact that he's running, but that he has support, that he is one of the leading contenders in the GOP race.

I don't need to go through all of his views with you, but I will leave you with some quotes from Trump, a possible president of this great nation:

“The concept of global warming was created by and for the Chinese in order to make U.S. manufacturing non-competitive.”

“I’ve said if Ivanka weren’t my daughter, perhaps I’d be dating her.”

“You know, it really doesn’t matter what the media write as long as you’ve got a young and beautiful piece of ass.”

“The only kind of people I want counting my money are little short guys that wear yamakas every day.”

"Our great African American President hasn't exactly had a positive impact on the thugs who are so happily and openly destroying Baltimore!"

“The wall will go up and Mexico will start behaving.”

"Donald J. Trump is calling for a total and complete shutdown of Muslims entering the United States until our country's representatives can figure out what is going on."

This is not a joke.