Do Our Personal Beliefs Really Matter To Others?
Odyssey

Do Our Personal Beliefs Really Matter To Others?

Be who you are, don't force others to be like you. 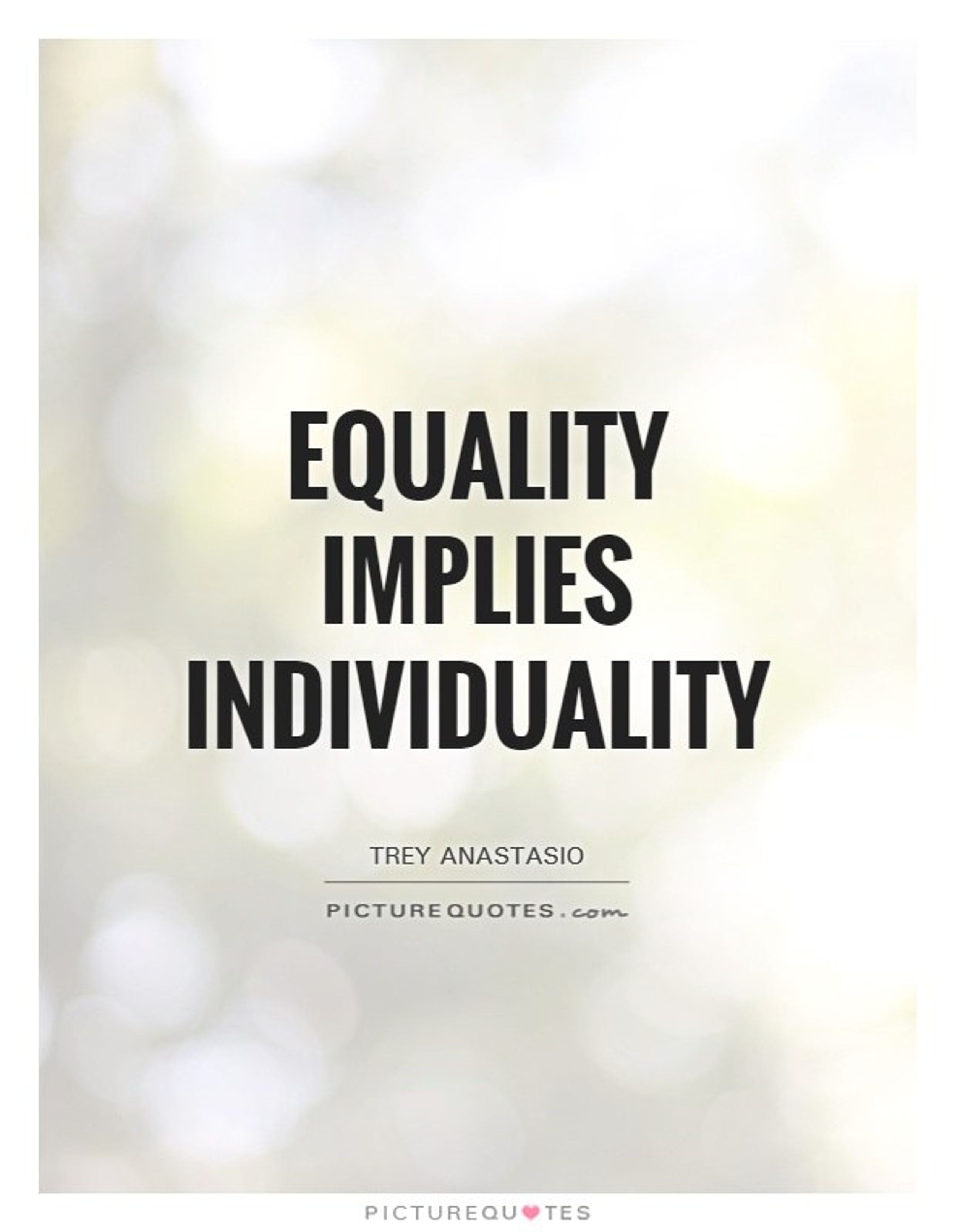 For centuries there has been problems with race, sexuality, and a mixer of the two. When people start to argue and politicize these problems the economy divides into two groups. I want to ask people from both sides an important question. Why does it matter what another person does, and why do people try to force what they believe on others?

In America we have the freedom do believe and practice what we choose, but in no way do we have the freedom to force others to believe what we believe. The problem with our country right now is not the different groups we have, but is the violent and forceful authority people try to bring upon one certain group.

There are a few things that should stay the same. For example, bathrooms should be kept separate because of the different body parts each gender has, there should be restrictions. But as for race, nothing should separate one another. The choice of separation has come from the people themselves. Why do we start fights and outbreaks when we should just respect everyone for who they are? The problem with our country now is that people want to have it their way or no way.

In my opinion, everything that has happened this past year is nonsense. No one should be shooting anyone and no one group should force their beliefs on another. Whatever religion you are should something that should focus on, not punish others for not believing the same. And along with that, whatever sexuality you are is your choice. How someone feels is strictly inside of them. We shouldn’t have to flaunt if we are black, white, Christian, Jewish, straight, gay, lesbian, transgender, and the list goes on.

Basically, it is heartbreaking to see all these conflicts come from people trying to state their opinion.

I believe the majority have to come together to stop all that is going on. It isn’t fair to anyone. Let's be proud of what we believe in, and not let other's choices affect our actions and words.