“Do You Even Know How Smart I Am In Spanish?”
Odyssey
CurrentlySwoonLifestyleHealth & WellnessStudent LifeContent InspirationEntertainmentPolitics and ActivismSportsAdulting
About usAdvertiseTermsPrivacyDMCAContact us
® 2023 ODYSSEY
Welcome back
Sign in to comment to your favorite stories, participate in your community and interact with your friends
or
LOG IN WITH FACEBOOK
No account? Create one
Start writing a post
Entertainment

“Do You Even Know How Smart I Am In Spanish?”

Knowing different languages helps you understand others in more ways than one. 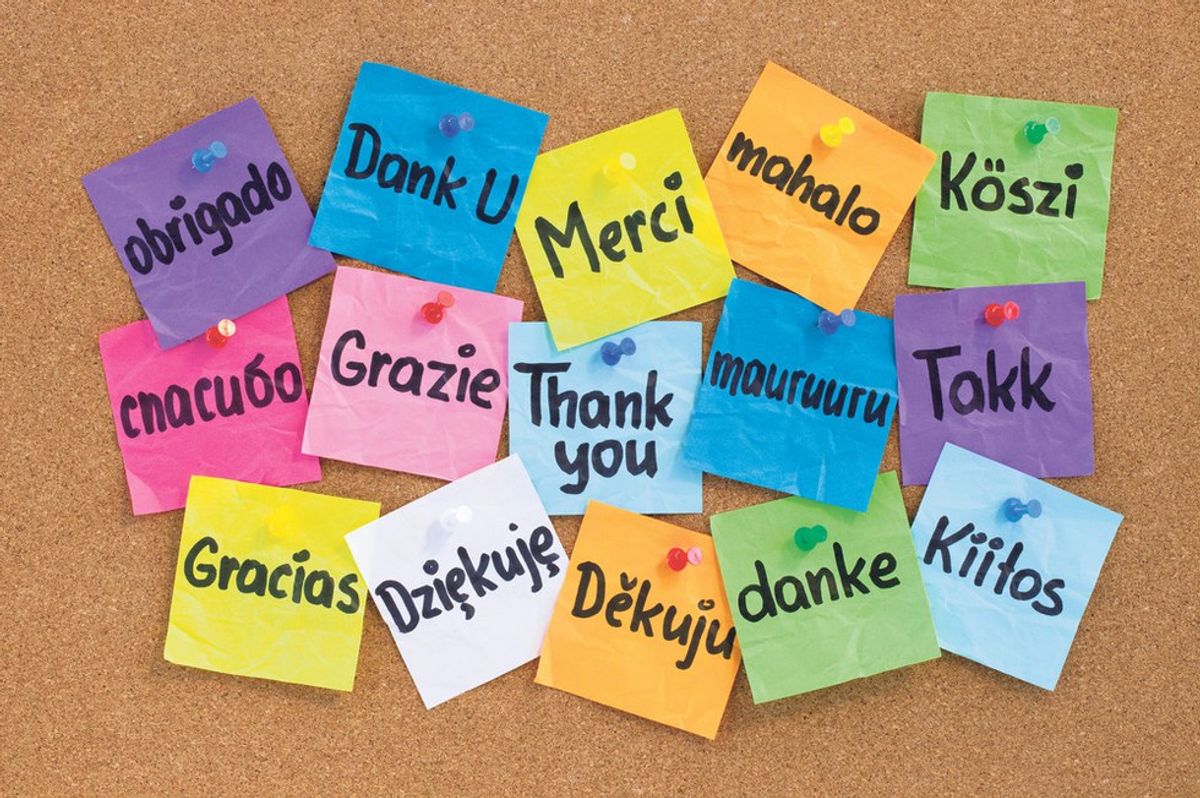 Imagine an unbearable pain taking over your body. You have no choice but to rush into the emergency room. As soon as you reach the emergency room, the doctor begins to question you about your pain. You begin to explain in agony, but the doctor does not understand you. The pain is getting worse. The doctor calls in nurses to help him understand, but they cannot comprehend you either. You are beginning to feel desperate and anxious as the pain increases and nobody can help you. You begin to make hand signals and point, but everybody just stares. Now you are embarrassed and in the burst of tears as you are not able to get your message across.

Unfortunately, millions of people in the United States experience or have experienced such level of agony and fear when nobody understands their native language. Looks of confusion and judgmental faces is the only feedback most receive. Sometimes it can be frustrating and infuriating especially when primary English speakers are rarely found in the same predicament. Wherever you travel around the world, you will find someone that speaks English with no hesitation. Immigrants, however, are always constantly learning ways to adapt and fit in with everybody else.

Even though most of the U.S. populations speaks English, the United States does not have an official language. According to the U.S. Census Bureau, there are at least 350 languages spoken in U.S. homes. Sadly, these numbers are not reflected among our society. Schools, workplaces, businesses, and federal offices lack the number of resources to deal with the number of non-English speakers in our nation.

But who really is the one to lose in this situation, the struggling non-English speaker or the oblivious, selfish nation? Sofia Vergara, a Columbian actress, who plays Gloria on Modern Family once said, “Do you even know how smart I am in Spanish?” Probably not. There is so much you miss out on a person when you do not know their own language. You will never know how funny or smart that person can be. It is terrible to see how talent is taken overseas because our nation underestimates the power of communication.

In my years of learning different languages, I have been able to connect with so many people and learn different cultures. Without taking the effort to learn a person’s native language, you are missing out in learning the core of an entire culture.

People appreciate it more than you think as well. When you learn a second language, you are exposing your eyes to a world you would never know and sometimes ending up falling in love with it then your own culture.

Knowing another language does not only help you evolve in your relationship with other people, but professionally as well. It is not a secret that our country is transforming and growing exponentially. The market we saw a couple years ago is not the same.

Diversity in the workplace is the new image of many business and speaking more than English is major key to success. I cannot express the sense of relief people show on their faces when they find out you understand them.

Who knows? You might get the chance to finally talk to that foreign boy or girl you have been crushing on too.

Regardless of your age or background, learn another language. Just knowing one language is boring and overrated. It would be the best choice you would have ever made. I promise you will appreciate it more than the non-English speaker you will help one day.