Do You Know How Divorce Impacts A Child?
Odyssey

Do You Know How Divorce Impacts A Child?

Feelings that develop after a divorce revealed. 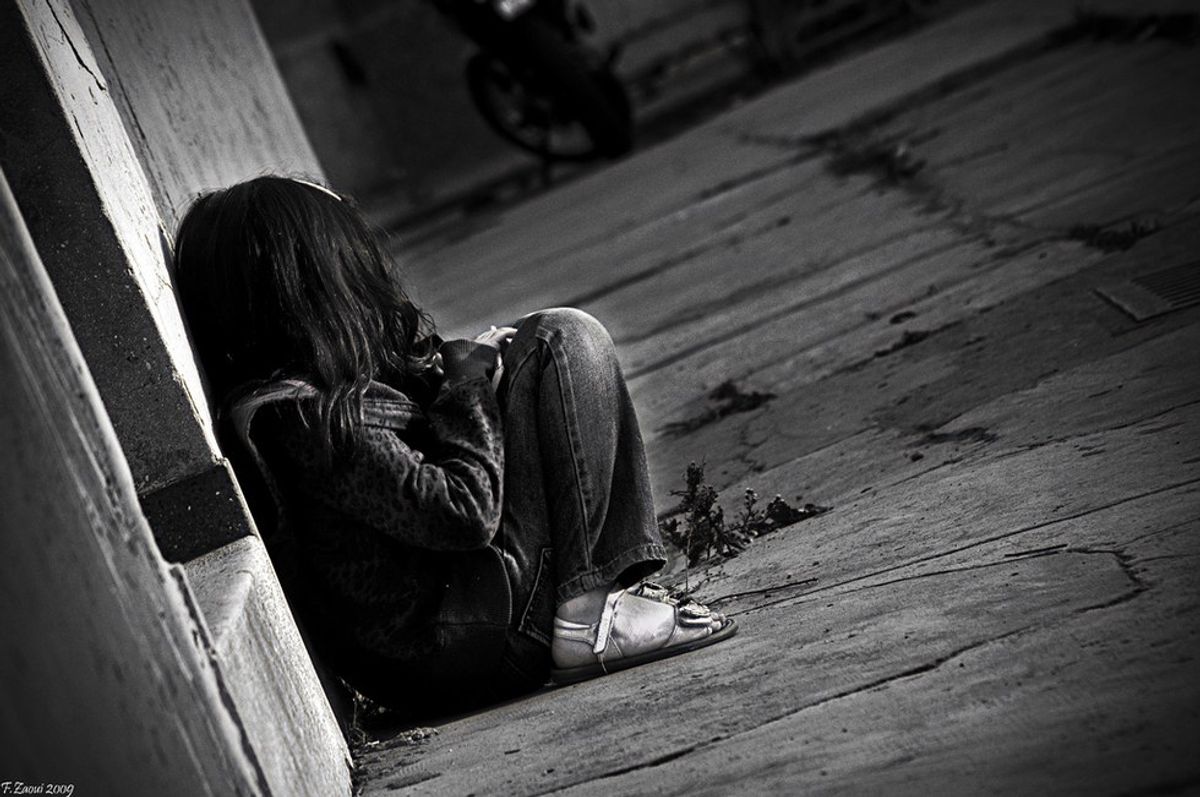 Parents might ponder the thoughts circulating in their child's head as if they will eventually get a painted picture of the emotions. After such a traumatic experience as divorce, both the kids and parents have to deal with their own feelings and ways of coping, but the parents aren't usually revealed as to how the child regards the negative change. Most kids handle many stages of emotions after their parents get a divorce. Though kids are affected at different levels, they all share one thing in common: divorce has drastically changed their life. If you want to know what a kid might be feeling after their parent's divorce, here is my own personal experience.

It was right before middle school when my parents split. As an eleven-year-old, my whole world became a blur, but then the realization settled in and suddenly emotions came at me like a swarm of bees. At first, I was utterly confused, constantly thinking about what caused the incident to happen. I had questioning thoughts, always asking why and wondering if it was my fault, even though I knew it wasn't. As a kid, the state of innocence always made me see my parents as a pleasant happy couple, so I was in complete bewilderment post separation. The shock made me distant and feel disconnected from the world, and sadly that is a common reaction for most children.

Depending on the child, some emotions will last longer than others. For me, the anger continued a while. Whether it was strewn across my face or not, inside a fire of rage was kindling. Most kids will try to keep the fire at bay, hoping that it will inevitably die out, but instead the flames grow. If the rage burns for too long on the inside, that's when the child starts acting with an outward fire. They might go down a dark path, looking for ways to ease their pain or people to soothe their soul. There is also a high chance that the child will become disrespectful and hateful towards their parents if they hold all the anger in. Luckily for me, I received counseling and prayed about my anger before it got out of hand.

The feelings that have remained the longest with me, and still rarely pass through, are those of sadness and gloom. It is really quite depressing and difficult for a child to undergo all the tough changes. I remember how much I cried and how much my heart used to ache as if I was bound to have an attack from the sorrow. I wondered if I would ever be happy again knowing my family was completely split and that life events would never be the same. I recall moments of where I was so downcast that my thoughts about everything were extremely negative. It would make me upset to go out and see a complete cheerful family when mine felt so broken. There were things that triggered my despair, and I believe that is the case with other kids.

Later in life, my parents divorce still affects me, but in other ways. From talking to other children of divorced families, I know that we all fear relationships. We have the anxious belief that any partnership we're in is destined to end in heartbreak. The apprehension I associate with love also makes it challenging for me to trust anyone. A lot of kids from divorced parents find that as they grow older, trusting people is arduous because they saw a special commitment break between their parents. It is crazy to think that one event could impact a kid, even an adult, but hopefully one will be able to climb up the mountain of emotions.

A few years after my parents' divorce, I tried to look at the positives. It took me a long time to be able to see the good in such a grim predicament, but I eventually discovered some ease. When my parents found new partners, my family grew larger. I now have more amazing people in my life than I did before, and I wouldn't trade them for the world. I have two of everything, two holidays and birthdays, special dinners, and even vacations, so that is always a plus. I've had many cool experiences and lived in different places, which wouldn't have happened without the addition of more people in my life.

The biggest thing that benefited me from my parent's divorce was my relationship with God. Instead of turning away from Him, I trusted in Him to carry me through the dark times. I began to pray and read my Bible more than ever before and went to church as much as possible. I found that though people would let me down, God is the only One who would never disappoint. He has helped me remain strong and persevere through life's obstacles. If I had lost my faith during that time, I would have lost everything.

To sum up coping with divorce, I learned to accept and respect my parents' decision. A few years later I can look back and see that everything happens for a reason; it just takes time to see the purpose. I am who I am today because of how the incident shaped me. As I get older, the past is easier for me to forget about. I think it is important not to spend too much time thinking or wishing to change back to a former life. Yes, divorce is terrible and affects the relative people, but it is possible to get through it.

"And once the storm is over you won't remember how you made it through, how you managed to survive. You won't even be sure, in fact, whether the storm is really over. But one thing is certain. When you come out of the storm, you won't be the same person you walked in." -Haruki Murakami