How Disneyland came to be what it is today 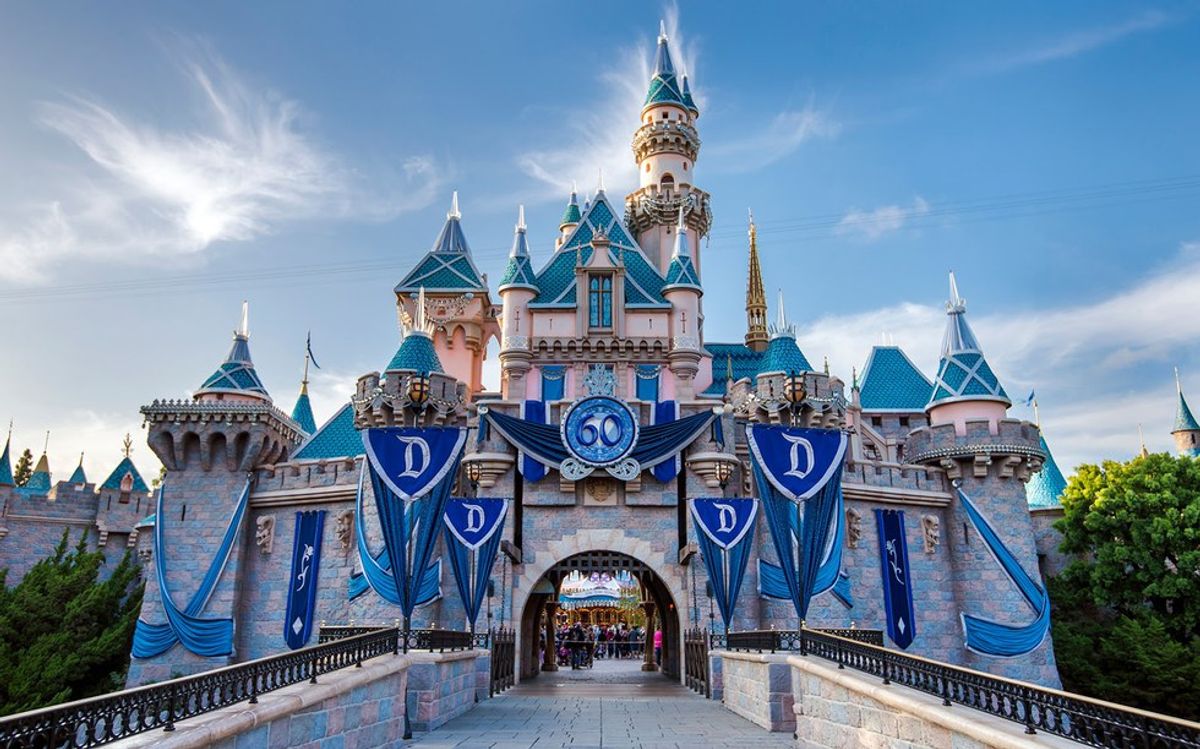 Years before the opening of Disneyland in Anaheim, California, Walt Disney visited an amusement park with his daughters. Sitting on a park bench, Walt observed the things around him, such as the dirtiness of the park, the different reactions of people that have just got off numerous rides, and the disinterest of the parents at the park. As he sat on the bench, he drew up the thought of an amusement park like no other, one that would be clean and draw the attention of both children and their parents. He envisioned his park to host first-class citizens, where they would be treated as guests. As more and more ideas whirled around his head, he designed a plan for his “Mickey Mouse Park” which years later would turn into what we now know today as Disneyland. Walt Disney's Disneyland theme park in Southern California changed the idea of the typical American family vacation in the 1950's, had a positive social impact on American culture, and left a legacy of inspiration and wonder to Americans of all ages.

Disneyland theme park in Anaheim, California changed the idea of the typical family American vacation in the 1950’s. Starting in the 1920’s Walt Disney produced many iconic cartoons and characters such as Mickey Mouse, Snow White, Dumbo, and many others. Families all over the country fell in love with these characters and stories as they had a huge impact on American culture. In the 1940’s, Walt developed his idea of Disneyland and saw it as a place he can really bring his work to life for people to experience in person. According to Encyclopedia of Recreation and Leisure in America “After considering several sites, Disney settled on a 160-acre site of orange groves in Orange County, just to the south of Los Angeles.” On this plot of land, Walt would first construct a TV studio where he would air various shows on the new network he acquired, called ABC. Disneyland first opened it doors on July 17, 1955 to families that flocked from near and far. Walt Disney made a speech to the crowd as he triumphantly stated “For all who come to this happy place, welcome. Disneyland is your land." From day one, Walt intended for families of all sizes and ages to become immersed in his world and tune out the outside one. People were able to have many different experiences in sections of the park such as Main Street, Frontierland, Adventureland, Fantasyland, Tomorrowland, New Orleans and Critter Country. Of the 28,000 people that visited on opening day, many would go on to tell their friends about the great experience they had at the park. With a little help from “word of mouth” and celebrity sightings, Disneyland would soon become a top tourist attraction in the country. For these very reasons, Disneyland became an instant success among the public inspiring hard working families to spend their money and time at the theme park.

Overall, Disneyland had a positive social impact on American culture as Walt Disney had intended. Before Disneyland, amusement parks were seen as a place where middle-class families could relax and enjoy the rides. Amusement parks tended to sway towards the circus and carnival type of experience, up until Disneyland made its impact on society. Disneyland was the first true ”theme park”, a place where people could be immersed into various stories and settings. The Dictionary of American History states “Although suburbanization partly accounted for the failure of city parks, it also gave rise to a new kind of amusement park: the theme park.” Suburbanization made Disneyland more successful than urban amusement parks because people grew tired of same-old roller coasters and ferris wheels. People wanted to experience something they have never done something like before. In addition, although city amusement parks were convenient and fun for the night, people did not get to really escape everyday life until Disneyland was built. In addition to Disneyland, Walt Disney opened up the Disneyland Hotel, which allowed tourists to extend their stay overnight, which was something people never had the chance to experience at the ordinary city amusement park. Walt Disney and Disneyland were truly “fire starters” because they ignited the flame of the amusement park and theme park industry. For many years to come, Disneyland would set the bar by installing never before seen attractions and really raised that “wow-factor”. For example, Splash Mountain, a wildly popular flume-ride gave people an experience like no other as it was themed to the colorful characters of Disney’s animated feature, “Song of the South”. With Audio-Animatronics, or robots, themed to characters such as Br’er Rabbit and Br’er Bear, Splash Mountain turned an average log flume into a thrilling journey with an elaborate story. Furthermore, without Disneyland, American tourism would not be as popular due to the fact that in drew in millions of guests year after year that were eager to experience these immersive attractions. So, Disneyland left a major social impact on the United States as Disneyland was a major pop-culture icon at the time of its opening since it provided due to these never-before-seen attractions.

Ultimately, Disneyland left a legacy of inspiration and wonder of Americans of all ages. Bowling, Beatniks, and Bell-Bottoms: Pop Culture of 20th-Century America states “Theme parks, which reproduce another time or place within the park, remain the most popular type of modern amusement park. Disney has opened other parks, such as Walt Disney World in Orlando, Florida, in 1971; Disneyland Tokyo in Tokyo, Japan, in 1983; and EuroDisney in Paris, France, in 1992.” Disneyland in California was so popular, other countries demanded to have their own versions built. Kids and even parents were hoping to have similar experiences as Americans had, so Disney made sure the other parks had built were some signature attractions as well as some new ones. As the theme park industry progressed, so did Disneyland. Disney remains a theme park giant at the top of the chain, alongside other parks like Universal Studios and Seaworld. Disneyland’s legacy is so large that some of its rides have been turned into movies, such as The Haunted Mansion. As America progresses, so will Disneyland to keep relating to its current audience. In 2012, Disney’s California Adventure park, which is located next door to Disneyland, opened up a new area filled with elaborate theming and rides to the movie “Cars”. Disneyland is a timeless theme park and will always be viewed as one. Even rides like Splash Mountain, Jungle Cruise, and Big Thunder Mountain Railroad continue to draw the attention of guests of all ages, even though they are some of the park’s oldest attractions. Generations of families flock to the park each year to recreate memories and make some new ones. As you can see, Disneyland left a legacy that continues to be built on to this very day.

In conclusion, Walt Disney's Disneyland theme park in Southern California changed the idea of the typical American family vacation in the 1950's, had a positive social impact on American culture, and left a legacy of inspiration and wonder to Americans of all ages. Disneyland opened the door not only to new experiences, but to a gateway to an entire industry of theme parks as well. Even though Walt Disney has now passed, his ideas and values are still kept in mind as the entire Disney Corporation keeps moving forward. He continues to be remembered as a “fire-starter” due to the immortality of his cartoons and, of course, Disneyland since they left such a positive impact on American culture. As long as people keep looking to have a fun time and escape everyday life, Disneyland and other theme parks will always stay current and profitable. Disneyland will always be seen as the first true theme park, and many parks today have been modeled after its unique layout. This theme park’s legacy continues to grow today as more memories are created between families and friends, 365 days a year. As long as people stay young at heart, Disneyland’s legacy will never die.
Report this Content
This article has not been reviewed by Odyssey HQ and solely reflects the ideas and opinions of the creator.