Disney, It's Time To Step Up The Diversity Game With Your Princesses
Odyssey

Disney, It's Time To Step Up The Diversity Game With Your Princesses

Disney princesses are role models for young girls, so why do they not represent all girls? 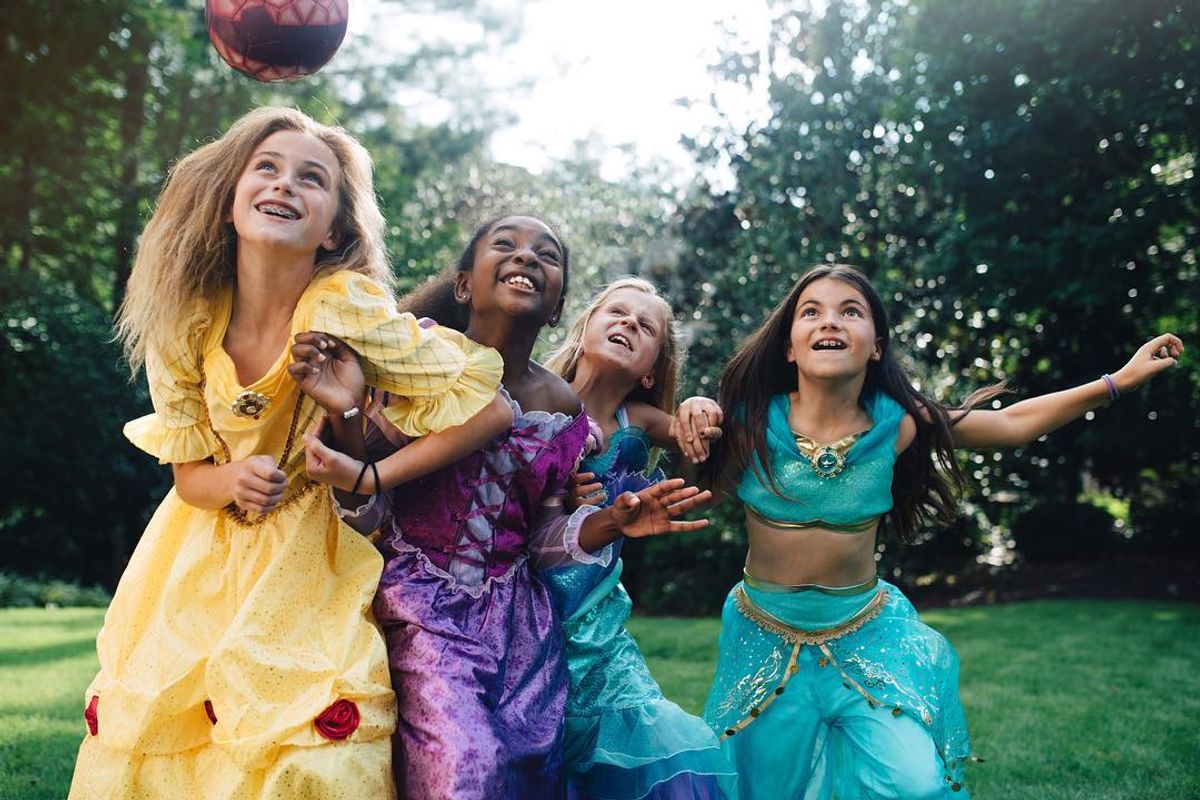 If you ask a young girl what she wants to be when she grows up, at some point she is going to tell you that she wants to be a princess. With all the coverage of the recent royal wedding, princes and princesses are all the rage. Working at a daycare this summer and taking on a job as a nanny, I noticed that nearly every little girl had something with princesses on it.

As a child I grew up reading the books and watching the movies for the original Disney princesses: Snow White, Cinderella, Aurora, Ariel, Belle, Jasmine, Pocahontas, and Mulan. Out of these original eight five are white/European in appearance. Jasmine was the first racially diverse princess introduced by Disney with Mulan on Pocahontas not coming long after.

As you can see from the image above, the princesses are not ethnically diverse or representative of people of differing sexual orientations, disabilities, or any other differences. As a young girl, I was upset that Belle was the only princess that looked like me with fair skin and wavy brown hair. I can’t imagine growing up as an African-American, Hispanic or other unrepresented race and not seeing a single princess that looked like myself at all.

It wasn’t until 2009 when Princess Tiana of "The Princess and the Frog" was introduced as the first African-American Disney princess. In my opinion, it took way too long for Disney to begin diversifying the princesses because beginning as a young child they are important figures, even role models, for little girls. Merida is another new Disney princess, and although also white, adds a bit of diversity with her extremely curly, fiery red hair.

I think it would be amazing if Disney could get in on the body positivity movement and include more diverse body types for the princesses. It would also be worthwhile to create princesses with mental or physical disabilities to promote acceptance and break stigma at an early age.

Of the official 11 Disney Princesses, only four are a race other than white which illustrates how underrepresented minorities are in mainstream media. As a huge Disney fan, I hope for greater racial Diversity among princesses and other main characters in the future. Another area where Disney Princesses lack diversity is in sexual orientation. Every single princess pine for a prince and it is a major part of their story.

About 4-percent of the United States population is a part of the LGBTQ community and the number is rapidly growing with greater acceptance.

While writing this article I have found multiple threads that support Elsa dating a girl as part of the sequel "Frozen 2." It is even speculated that they may possibly even be an interracial couple which would be extremely groundbreaking.

"Frozen" is already an incredible Disney movie in my opinion as a main theme of the movie is sisterly love and support, and although Anna does have a love interest, this is not the focus of the movie. As most Disney productions do this film has some wholesome life lessons that children can understand.

My absolute favorite new Disney movie is "Moana," not only for the catchy songs and the well thought-out plot but because she is a strong, adventurous and independent young girl. Although technically not one of the main Disney princesses, Moana is very popular and widely considered to be one. Moana does not have a love interest in the story and does not have a happily ever after with a prince she this all with her friends and family on the island.

All too often in cinema and literature, women are portrayed as being less strong than a man as a damsel in distress but in her movie, Moana is the main savior of the island. She does get some help from demigod Maui, however she is fiercely brave and independent as she plans to return the heart of Te Fiti (the mother of the island) all by herself. Moana is also different from other Disney princess as she is in a position of leadership as she is made Chief of the island. As a woman, I felt this to be an empowering movie that encourages women to be strong and independent rather than reliant on the support of a man.

In the future, I would like to see Disney movies that empower young girls and women to pursue higher education and careers rather than needing a significant other for a happily ever after.

All in all, Disney is an amazing franchise I have been watching since I was a child and I will continue to watch Disney movies for the rest of my life. I do hope that in the future Disney characters will become more diverse and truly be inclusive of all people.

Kassie Hsu
Baylor University
4532
Panda Whale
Here are 100 things I'd rather to than study. I know the semester just started, but
Featured