The Pros And Cons Of Disney's "The Princess And The Frog"

The Pros And Cons Of Disney's "The Princess And The Frog"

Disney's "The Princess and the Frog" broke barriers... but could've broken more. 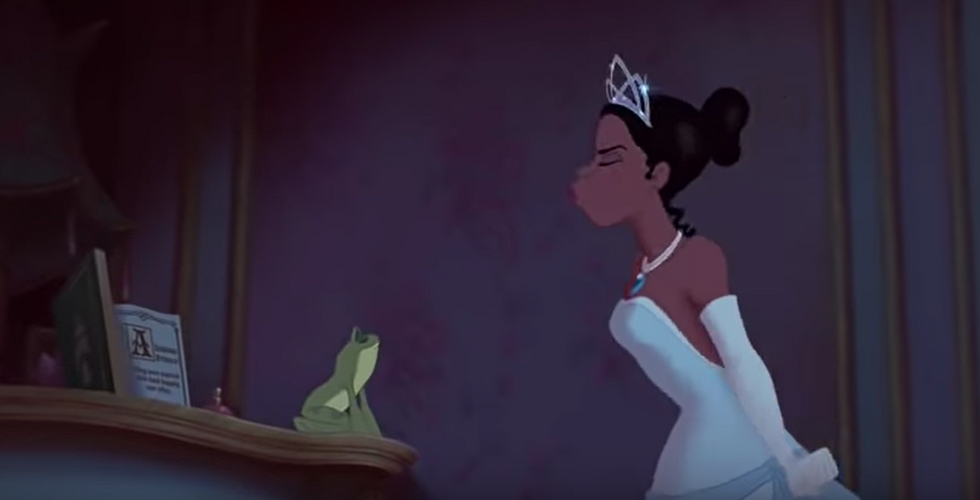 In 2009, Disney released "The Princess and the Frog," featuring the first black woman to join the Disney princess legacy. Even so, this long-awaited inclusion and positive representation don't cancel out the old-fashioned tropes and missed opportunities.

Tiana saves tips from her two waitressing jobs in order to purchase the property for her future restaurant, this dream bursting to life with the song "Almost There."

Tiana's passion and determination establish "Almost There" thematically above the male savior complex of Snow White's "Someday My Prince Will Come" and the passivity of Cinderella's "A Dream is a Wish Your Heart Makes."

The Conversation website reported that sparse representations and unfavorable depictions correlate with low self-esteem and identity questioning of children from these marginalized groups. Therefore, Tiana is one of the few examples of positive representation of black women, a role model who, as Rose says, is "showing brown children that they too are regal."

Although Tiana is the first black princess, she spends most of the movie green. In exchange for financial assistance with her restaurant, Prince Naveen, now in frog form, convinces Tiana to turn him back into a human with a kiss.

Due to Tiana's lack of royal lineage, the smooch backfires and transforms her into a frog. The two embark on a journey for the cure, meaning Disney's first black princess gets more screen time as an amphibian.

Disney, having a chance to break the mold, introduced the first black princess in a context in which she is a frog for the majority of the movie.

Tiana realizing she has transformed into frog https://www.youtube.com/watch?v=CvUJka2jkSA

In the opening song "Down in New Orleans," the audience witnesses how Tiana will do anything to achieve her dreams even dodging fun and romance.

Through her forest adventures with Naveen, Tiana learns to loosen up and live in the moment after meeting Louis the alligator and Ray the firefly. Eventually, the foursome arrives at Mama Odie's, the voodoo priestess with a reputation that promises to break the spell.

Mama Odie rejects this proposal, instead telling them to "dig a little deeper" for what makes them really happy.

While Tiana is hardworking from the beginning, she goes through a dynamic character arc where she learns "that achieving [her] goal doesn't mean stopping [herself] from being open and loved."

As seen in "Friends on the Other Side," Prince Naveen has been monetarily cut off from his parents, in desperate need of a rich bride to fund his careless, nomadic nature.

His selfishness leads him to Dr. Facilier, the witch doctor who promises to make dreams come but tricks people with his voodoo.

After his transformation into a frog, Naveen stumbles into Tiana whom he believes is the princess that can break his spell. His selfishness manifests again as he manipulates Tiana into kissing him after lying that he will provide money for her restaurant.

This act kicks off the rest of the film and the prince's moral transformation presides over Tiana's.

Princess Weekes, the assistant editor of the Mary Sue website, states "Tiana learning to dance and relax isn't an equal exchange for her basically teaching Naveen to be an emotionally competent person. While I enjoy their relationship, it's also sort of frustrating to have Tiana's story sidelined so that she can be part of helping her love interest be better."

This isn't the first time the woman of the Disney story existed for the man's morality as "...the character development and emotional maturation is in the storylines of King Triton, Aladdin, John Smith, and the Beast."

Although Tiana's character migrates through character development, Prince Naveen's reliance on her help is another missed opportunity for Disney to override past tropes.

Maldonia is a combination of the pronunciations of the South Asian island, Maldives and the Greek Macedonia. Adding to the confusion, Maldonia's national language is based on Italian and the voice actor of Naveen, Bruno Campos, is Brazilian.

Disney purposely chose to craft Prince Naveen with an ambiguous ethnicity when they could've introduced the first prince of an underrepresented group.

Even so, the pair are the most heterogeneous couple, resembling interracial love.

Implications of "The Princess and the Frog"

Even though the movie broke some barriers, Disney and other film companies still have more progress to make to adequately represent their viewers.