Why Diogenes The Cynic Was Great
Odyssey

Why Diogenes The Cynic Was Great

Told to you in four brilliant points. 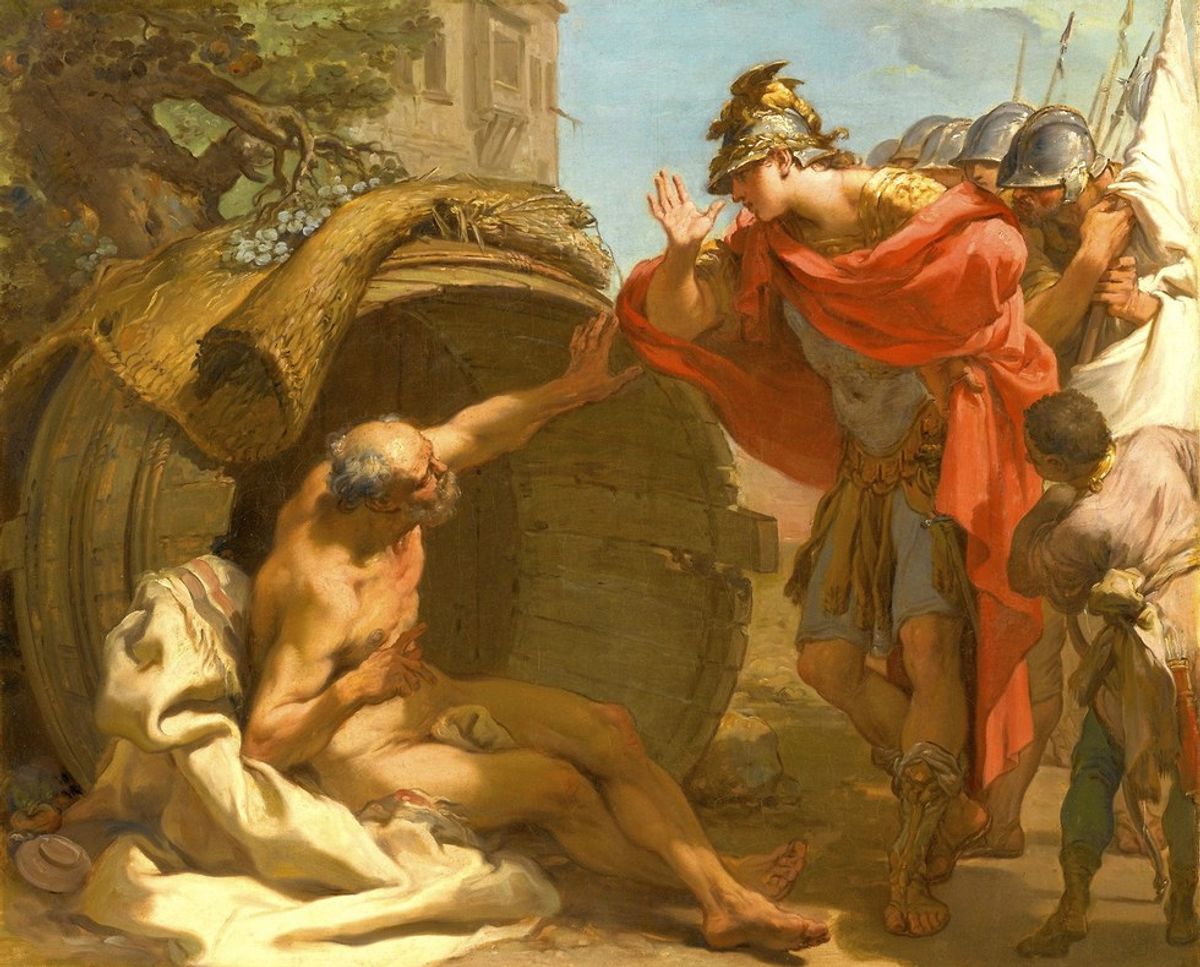 Diogenes of Sinope was a great philosopher born in Turkey in 412 BC. Upon learning about him recently, I felt compelled to share the knowledge via article, so here are four reasons why Diogenes was great:

Yes, Diogenes lived in a tub. Why? Because he was very poor and chose to live that way, criticizing wealth and the wealthy.

2) He mocked Plato and insulted Alexander the Great.

When people sought out the definition of a man, Plato answered that a man was a "featherless biped." As a result, Diogenes plucked the feathers off of a chicken and showed everyone 'Plato's man.'

When Alexander the Great visited Diogenes and asked what he was doing on the ground by some bones, Diogenes responded: "I am searching for the bones of your father but cannot distinguish them from those of a slave."

3) He was friends with Alexander the Great.

4) He gave poor people a voice.

Despite being in poor economic standing, Diogenes was able to become extremely influential and notable, meeting and debating with some of the greats of the time. By doing this, he was able to not only show that the poor are not bound to a life of meaninglessness, but that poor can even go above and beyond the rich (Alexander said that he wished he could be Diogenes). By becoming so famous while being so poor, Diogenes was able to shed light on what poor life was like and was able to take a powerful stand for a group that often wasn't given the chance to take a stand at all.