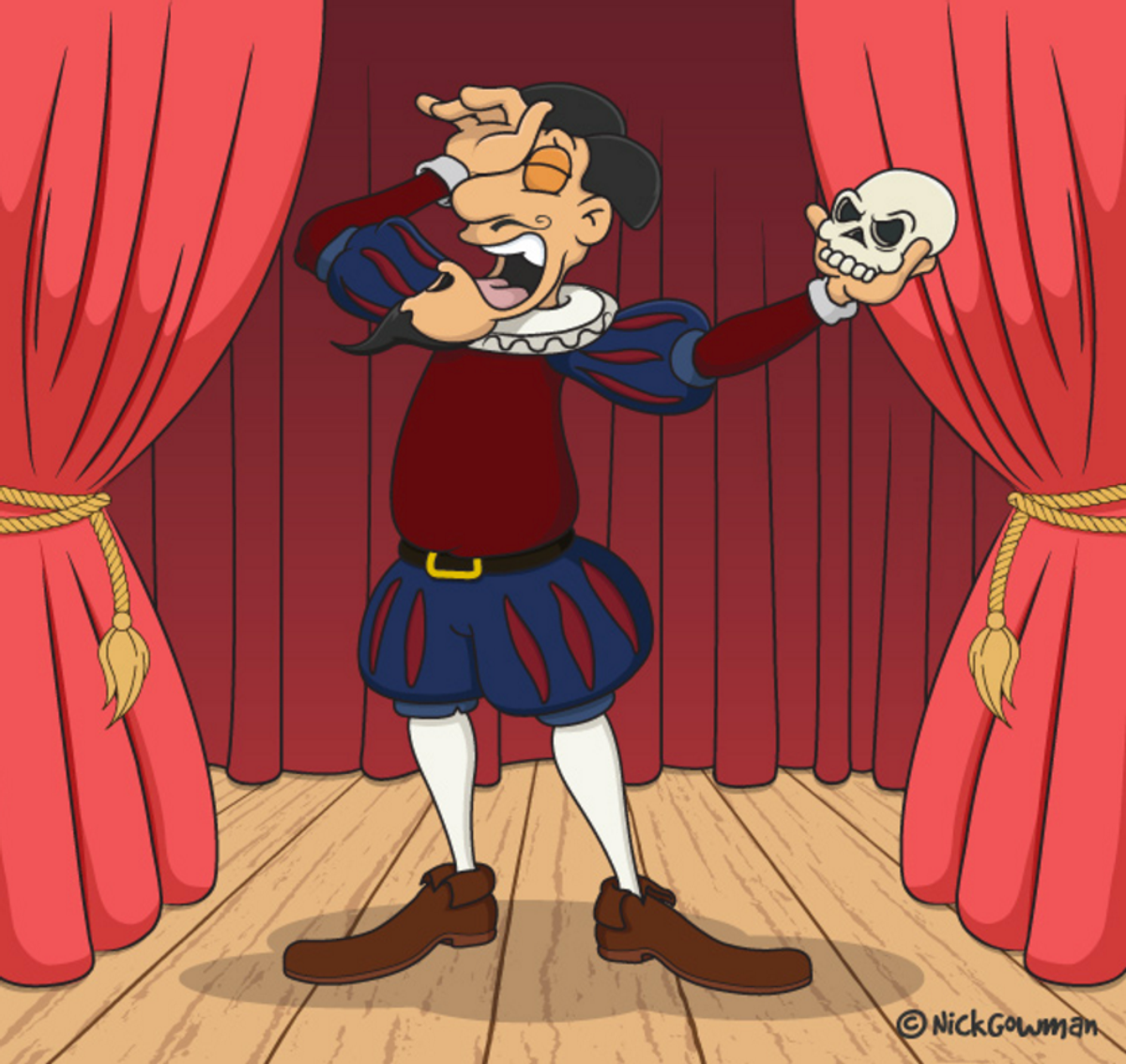 Whether you're a working professional actor or an aspiring one, you were bound to face several difficulties that sometimes seem just too hard to push through. The "business" as they call it is all about dealing with rejection, and handling yourself when you come across a part that you didn't want at all in the first place. It also involves learning about composure, yet maintaining confidence.

But, since you're an actor (or aspiring one), you're also a human being, meaning you have feelings. You get hurt. You get angry. You can get degraded or praised, rejected or chosen. As someone who should know how to be in touch with the regular human emotions, you probably don't need more emotional examples. What I'm trying to say is that as a person in this business, you will come across some setbacks, and it's okay, because you can and will get through them and move forward.

Let's start at the bottom, and what definitely feels like the bottom of this industry.

You didn't get cast. You were so ready for that audition; you were in fact running to it with the ultimate glee and energy that every actor should come to an audition with. You perform that monologue and/or that song you practiced, and the casting director(s) looked satisfied and interested, and WOW, you could get cast. This could be your time to finally perform in something that you're actually passionate about, this is the performance that you will never forget and neither will your family and friends when they come and see you -- what? Didn't get cast?! NOOOOOOO!

It seems like the end of the world. You were rejected, through a phone call, or an email - the most cut-throat ways of rejecting a person. How on earth did you not get cast? The answer will never be found because there is no answer to obtain. There is no "better" way you could have performed your audition piece(s) because the bottom line is simply that the director(s) found another person that "fit" the part better. They had the hair, the eyes, the height, the tone, the aura...and you didn't.

Let's take this a step up now. You got a callback! Wow, what an honor. You might have even received several callbacks for that film or play, and now it's down to you and only a couple of others.

And again, you don't get cast What's wrong with you?!!! Nothing. It's just that they were looking for another appearance, another personality. You can't reinvent yourself, and you shouldn't.

This is exactly the problem that every person in the arts faces. The notion that if your skills weren't the problem, then your persona is. But this is not a "problem." It's just who you are. This is who you have grown into and continue to grow with. This is who you add more skills to. This is who you walk into work/class/auditions as every day, with all that work you've done in your life so far. But you have been turned down too many times now...or it at least feels like you have.

So what do you do? Well, here's what you don't do - change who you are; become someone else. Do you know why you shouldn't do this? It's because becoming another person, maybe that one who keeps getting cast for all these roles, will be impossible. You simply can't become them. They themselves are the only one that can live in that person, that personality. They are the only existing one. You cannot try to permanently change yourself into them, because one day when another casting director wants a person like you yourself to audition, and you're not there because you decided to change who you were...then you've got a problem.

Now let's talk about when you get cast (yay!) but didn't get the role you wanted.

We've all been there. Who really wants to play the tree in the background of the children's show, or the quiet servant character that serves no purpose to the plot except fetching the other characters' tea? Who wants to be given the boring part, the role that literally is no fun at all?

This is just as difficult as not getting cast because now you have an issue with embracing this role you've been cast for. If you hate it so much, you may even get fired from the show because of poor performances. That's much worse than not getting cast at all. So how do you deal with this role you've been chosen for? What if it kind of insults you that you were chosen to play the overly innocent character or that evil character?

When I was little and performing in my first real play ever at an acting summer program, I was cast for the funny role, yet I couldn't help but feel a little insulted by it. The character was constantly described as having "an insatiable hunger" for cookies and all other junk food; so as a young girl, I kept asking myself if the reason behind this casting choice was because I seemed like I ate a lot? Did I gain weight? Oh no, why on earth did he cast me for this?

Another time, perhaps my favorite performance ever, I was cast as the sweet yet stupid main female character. I was so psyched to have this role until I got to thinking about how many people had called me "overly nice", or "too sweet" in general; that bothered me, because many of those people had said it as if it was annoying that I was "nice." Long story short, I somehow connected being this "overly nice" person to also appearing "ditzy" and stupid. Is this true for all the nice people of the world? NO. I'll admit, I was being ridiculous - for both of these incidences.

My point here is that whatever or whoever you're cast as, as an actor, you have to look for the positives. You have to do your job. If you don't, then hey, it's simple: drop out. Someone else will grab your role - gladly - and the rest is history. But that might gnaw at you. That new actor was having fun with all your friends backstage, cast and crew, and replacing you. Why on earth did you give up that role?

Several professional working actors have told me some of these difficulties that all performers face, but experiencing them is entirely different. I'm just a Theatre student, so what do I know about "difficulties" in this industry? Well, for all of you out there who are also studying this wonderful yet tough business, here's to you.

My reason for even choosing to talk about the hard times that actors and Theatre students go through is because of all these insightful and influential articles and stories many of us read from Backstage and other Theatre social media pages. While it's great to hear from professionals, I think it's even better to hear from someone that is mostly similar to you - if you're either a student in Theatre or Film, or a working actor. Here's to all of us for continuing the fun yet arduous tasks that are all part of the world of an actor.