That Time I Did A Seance
Odyssey

That Time I Did A Seance

You don't want to know what happened next 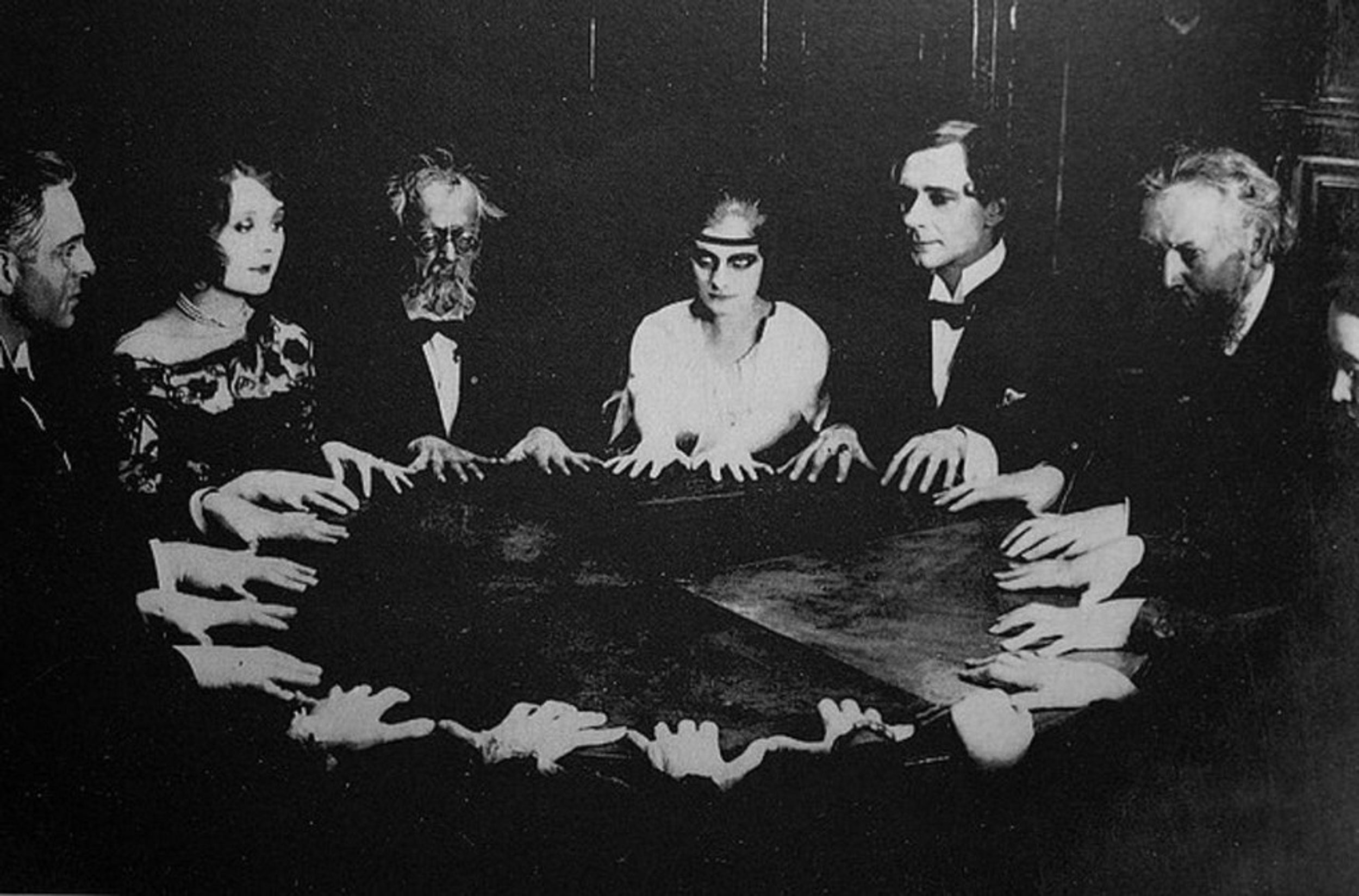 So I never believed in ghosts, and I'm still not sure if I do. However what happened to me in high school is still a mystery. My friends and I had decided to perform a seance, as a joke. Nothing prepared us for it to actually work. Here's my story:

There were seven of us and we had no idea what the heck we were doing. So, we Googled “how to do a seance.” You can imagine the kind of crap that popped up. We picked the first Wikihow and got started. All it said to do was light some candles, sit in a circle, and recite this weird chant. I don’t know why, but I still remember.

"Spirits of the past move among us. Be guided by the light of this world, and visit upon us.”

According to the article, in order for the seance to work, the most emotional person has to be the medium. Apparently, spirits or whatever use the medium’s emotional energy to manifest and do things.

Since my friend Allie was the most nervous, I convinced her to do the talking. We lit 20 or so candles, sat in a circle, and recited the chant.

“If anyone is out there, please give us a sign,” quivered Allie. My eyes were closed when I heard Elston scream.

“Fire! The basket is on fire!”

Behind me was a toy Easter basket. It was pretty large and in it were 10 Easter egg candles. Elston had screamed because the entire basket was on fire. And when I say "entire basket", I mean the entire basket. It was as if someone had doused the thing in gasoline. We ran into the kitchen and filled cup-after-cup with water. Fortunately, it was not difficult to put out. The terrifying thing was not that it caught on fire. The terrifying thing was Elston’s mother’s apartment had just burned down, only a week before our seance. We were at Elston’s father’s house.

We paid little mind to the fire, for the basket had been sitting in front of an open window. The wind was responsible. We all agreed.

Once all of us had calmed down, we decided to switch rooms. We moved from Elston’s bedroom to the dining room. Before this second attempt, I did some more research. After sifting through more Wikihow’s and About.com’s, I stumbled across something promising. The title of the page was simple, “How to Perform a Proper Seance.” The word ‘proper’ sealed the deal. My research left us with three key findings.

First, a proper seance must be done sitting around a table. Second, light only three candles, and be sure to place them in front of you. And third, immediately after reciting the chant, the medium must request to speak with good spirits only- letting evil ones know they are not welcomed at that time.

Pleased, we each pulled up a chair and prepared for a proper seance (it is important to note that one person left, there were now only six of us). As we were grabbing hands, Elston’s cat wandered into the room.

“Wanna join our seance?” joked Emma. We stopped laughing because instead of joining us, the cat turned around and darted out of the room. It was unsettling but seemed ordinary. With three candles lit, we grabbed hands and recited the chant.

“Spirits of the past move among us. Be guided by the light of this world of visit upon us,” we chanted. Before Allie could speak, the light on Elston’s water dispenser turned red. It started to hum. I looked nervously at Allie.

“It does that sometimes,” whispered Allie.

“Even when it’s unplugged?” retorted Emma. We followed Emma’s glance to the base of the water dispenser. There on the ground lay the plug, at least ten inches from the outlet. Allie’s face went pale. Gripping her hand I spoke.

“We are here to contact good spirits only. If you have bad intentions, we would not like to speak with you at this time. Thank you.”

For all my non-believers out there, I get it. There's no way this is real. However I swear that this story is true. And if that doesn't make you a believer, try performing a seance yourself. It'll be a story you'll never forget- no matter how hard you try.