"How To Interpret Her Texts" For Dummies
Odyssey
CurrentlySwoonLifestyleHealth & WellnessStudent LifeContent InspirationEntertainmentPolitics and ActivismSportsAdulting
About usAdvertiseTermsPrivacyDMCAContact us
® 2023 ODYSSEY
Welcome back
Sign in to comment to your favorite stories, participate in your community and interact with your friends
or
LOG IN WITH FACEBOOK
No account? Create one
Start writing a post
Relationships

"How To Interpret Her Texts" For Dummies

Did I miss something? 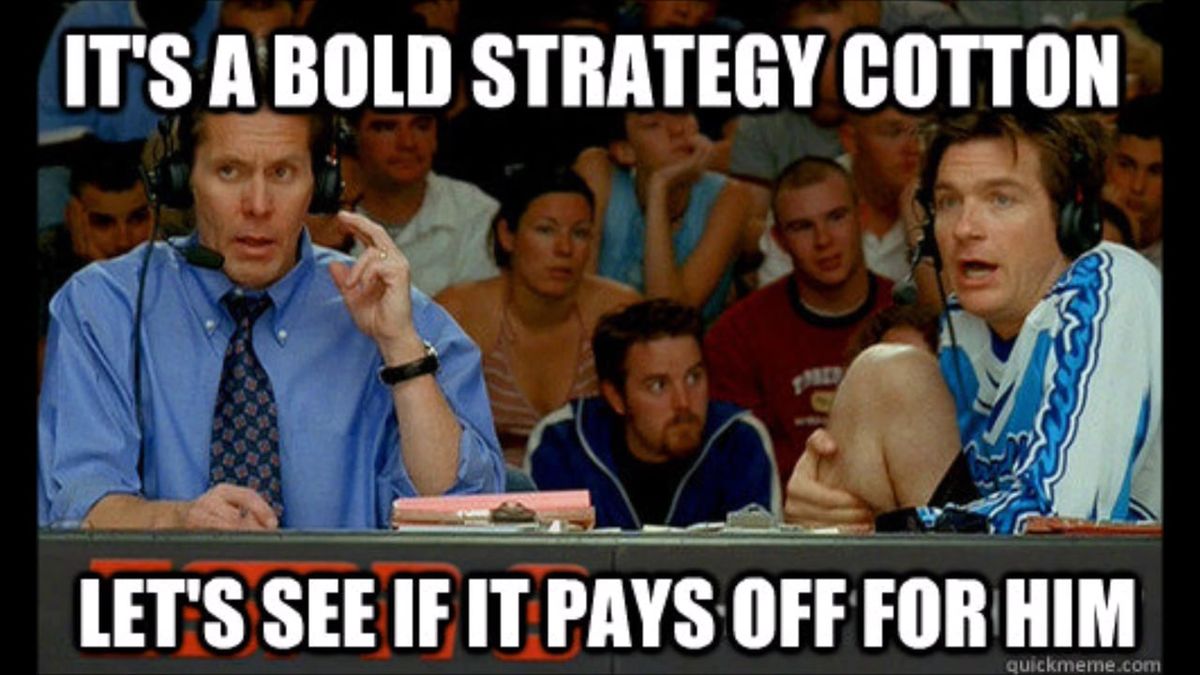 Flirting, or perceived flirting, via text message is still relatively new. Human beings went without it for thousands of years, but we’re in a new age. Guys aren’t getting girls' phone numbers on a bar napkin and waiting to call in two or three days anymore. In terms of flirtation, 2017 is the wild west.

With so many apps and ways to express what you feel, one would think flirting would become easier (more streamlined, if you will), but I would argue it’s actually harder than ever to flirt because we’re bombarded with so many options. There are simply too many to choose from, and this muddies the waters a bit.

Was that text message her flirting with you, or is she just being nice? Was that kissy face emoji she sent you on Snapchat after you sent her a selfie in the car a message she wants you? How can you know?

While it is difficult to determine exactly what a person is trying to get across in this day and age, I sat down and examined some of the most frequent messages and responses my buddies and I run into on our conversation explorations.

Any variation of this text from a girl is cause for celebration. You are 100% percent getting somewhere if a girl sends you a text message with no follow up, and it reads like any of the following: “Hi”, “Hiiiiiiii”, or “Heyyyyyyy.” All you have to do is not botch the return text, and you’re going in the right direction.

*Uses a reaction on your text*

iPhone recently introduced a feature for iMessage which allows users to “react” to text messages. You can select a heart, a “HaHa”, a “!!!”, a thumbs up, or a thumbs down. If a girl reacts to one of your text messages, it’s a pretty clear sign she don’t want to have an actual conversation with you. This is a new way to signal the end of a text thread, so if someone does this to you, it’s probably best to just leave her alone.

This is a line pretty much exclusively used by girls texting guys they have no interest in what so ever. The guy texts a girl on Friday or Saturday evening and ask what she’s up to, and (to get the guy off of her back) she responds with something similar to the sentence above.

She’s not going to let you know what bar she’s at, and the hahas and lols she keeps sending you are her way of letting you down easy. By all means, it never hurts to try, but don’t get butt hurt if you get a message like this one.

You screwed the proverbial pooch somehow, man. It’s time to regroup because she’s just not that into you.

This one is usually reserved for two people who have been together in some form or another for a while. You either did something terribly wrong, and she will let you hear about (usually what this means in my case), or she just wants to see you. One of the scenarios won’t go well, but the other is obviously a good thing.

*Sends you a funny article or video*

There’s a pretty good chance you already read the article or watched the video she just sent you during your down time at the office, but she knows this, and it doesn’t matter. It’s a conversation starter, and once again, if this is what's happening, then you are probably three or four hours of text messaging away from dinner plans.

These types of text messages are usually reserved for mid-afternoon workdays. She’s bored at work, knows you’re also bored at work, and she wants to chat. Your best bet in a situation like this is to ask if she wants to come through for dinner around 7:00 tonight. (Just do it.)

If you haven’t been on the receiving end of a text message like this, then you never tried winning a girl back. This isn’t exactly an L, but it’s certainly not a win either. It’s what those of us who played baseball or softball would call a "no decision". It’s somewhere right in between.

She’s definitely thought about getting back together with you, but she’s hesitant because of something you did. Maybe, you’re a terrible listener, or perhaps, you’re just an asshole who doesn’t want to hear anything you don’t agree with. Whatever the case though, if she’s sending you this, you have some work left to do.

I don’t know about you guys, but these are the most common text messages my friends and I come across, and figuring out when and how to respond to a text is half the battle. However (PRO TIP), if you’re really sick of the mind games that go along with text messaging, just start e-mailing. It’s much more efficient.