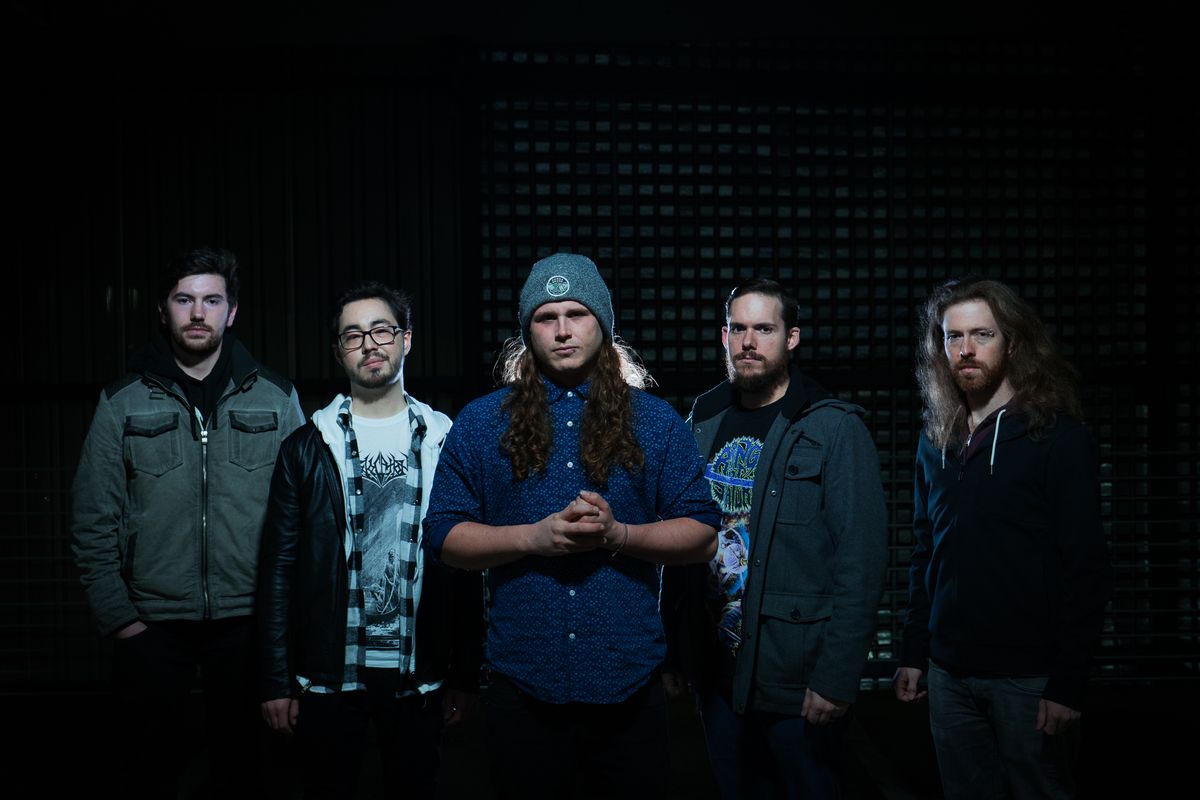 Designer Disguise is a rock band based out of Seattle, WA that has been recently bringing the heat to the local scene and beyond since the debut of Hearts and minds and their Surface Ep released back in 2017. Their signature sound features powerful vocals that resonate well with its heavy instrumentation infused with electronic flavors, while also delivering a music experience that is both emotional and interesting lyrically. It is without a doubt that this band to make waves within years to come. Designer Disguise’s music is available on Itunes, Spotify, and all major streaming platforms. If you live in the Seattle area attend their next show on Sweatfest 2k18 at EL Corazon June 30th with Ostatia! Deep down the the group is just a bunch of proudly sensitive guys that want to share their music and hearts with the world and to make a better place, Support the band if you dig what you hear on Facebook and Instagram.

What's the name of your band? What's the origin of that name?

We are called Designer Disguise. In 2015 Keegan Chapman, Josh Wildhorn, and Jackson Bengtsson created the band. During the time Josh and Jackson were both still attending Western Washington University in Bellingham, WA.

Tell me a little bit about yourselves?

Designer Disguise consists of Jackson Bengtsson (vocals), Josh Wildhorn (guitar), Nick Powell (guitar), Chris Allen (drums), and Justin White (guitar/ vocals). Since the inception of the band we have had several line-up changes, but we are finally happy to be set on a wonderful group of musicians/people.

What genre of music do you consider your work to be? Who are your major influences?

We are a pop influenced metalcore band. We all have different musical backgrounds, but some major influences include Bring me the Horizon, Linkin Park, Of Mice and Men, Slaves, Amaranthe, Our Last Night, and Hands Like Houses.

What or who would you say your music sounds like, just to give a rough idea to our readers here?

Our sound varies some between songs but if you like Linkin Park or Bring me the Horizon you will probably like us.

How long have you all known each other? How did you meet?

Josh and Jackson met each other in an audio class at Western Washington University in 2013 or 2014. They have been making music together since that day. They had a band previous to Designer Disguise called Dorsia. Since then new members have joined. So we have really known each other for a few years, but we have a deep connection.

When did you form your band? What inspired you to make music together?

Band formed in 2015. Josh and Jackson saw each other’s musical drive and wanted to create together since the beginning.

Do you have a record label? Are you a member of any music organizations?

We are not signed or a part of any other groups.

What can you tell me about your instruments? What made you choose the instruments you have now?

Where have you performed? What are your favorite and least favorite venues? Do you have any upcoming shows?

We have played most of the West Coast. We did a West Coast tour with I Am Infamy in September 2017, though we missed our SF and LA dates due to van difficulties. We have played Seattle a lot, of course El Corazon will always have a special place in our heart, as we played our first show there. Our next big show is Sweatfest 2K18 @ El Corazon on June 30th.

Who writes your songs? What are the main themes or topics for most of your songs? Do you think these topics will change over time?

Could you briefly describe your music-making process?

Josh writes song sends to Jackson he writes lyrics then the whole band picks it all apart and we spend time fine tuning. Another way is we all write together at practice or in the studio. Jackson is also an electronic music producer so sometimes he sends songs to Josh who then ‘metalifies’ them.

What are your rehearsals generally like? Do you have a set time each week in which you practice or are rehearsals more spontaneous?

We rehearse depending on shows coming up. We jam our set and the fine tune.

How has your music evolved since you first began playing music together? Can we talk about your latest music you have out now? what can you tell us about that?

Since the band formed a lot has happened. Most notably guitarist Josh Wildhorn battled cancer. That experience really changed everyone. There was a lot of pain and growing and that is what our music is about right now. Our latest single ‘Lost Inside’ is about the pain and confusion we all felt during Josh’s journey. By the way, Josh kicked cancer’s ass and is back playing with us. At our last show ‘Cancer is Cancelled’ we raised over 5000 dollars for cancer research.

What has been your biggest challenge as a band? Have you been able to overcome that challenge? If so, how?

Our biggest challenge as a band is just continuing despite life throwing all it has at us. We are a really dedicated group though, so nothing has been able to stop us.

What's your ultimate direction for your band? What would you want people to take away from your new music?

We want people to take solace in our music. When people relate to your music you’ve done something right.

If you had the chance to work with another band or artist, who would that be and why?

Each member would say something different, but I know we would all love to work with BMTH or Linkin Park (RIP Chester).

Any band stories you feel like sharing with our readers?

Nick is an avid fly fisher and he would want everyone to know that.

Where do you guys see yourselves in the next six months?

On tour, grinding in the same way we are now.

What advice do you have for people who want to form their own bands?

Do it with people you care about and who care about you, don’t give up.

Is there anyone you'd like to acknowledge for offering support over the years as you continue with on with your success as a band?

We love our families!