When We Become Desensitized To Trump's America, We Accept Defeat
Odyssey

When We Become Desensitized To Trump's America, We Accept Defeat

Our president should be useful for more than a few good laughs. 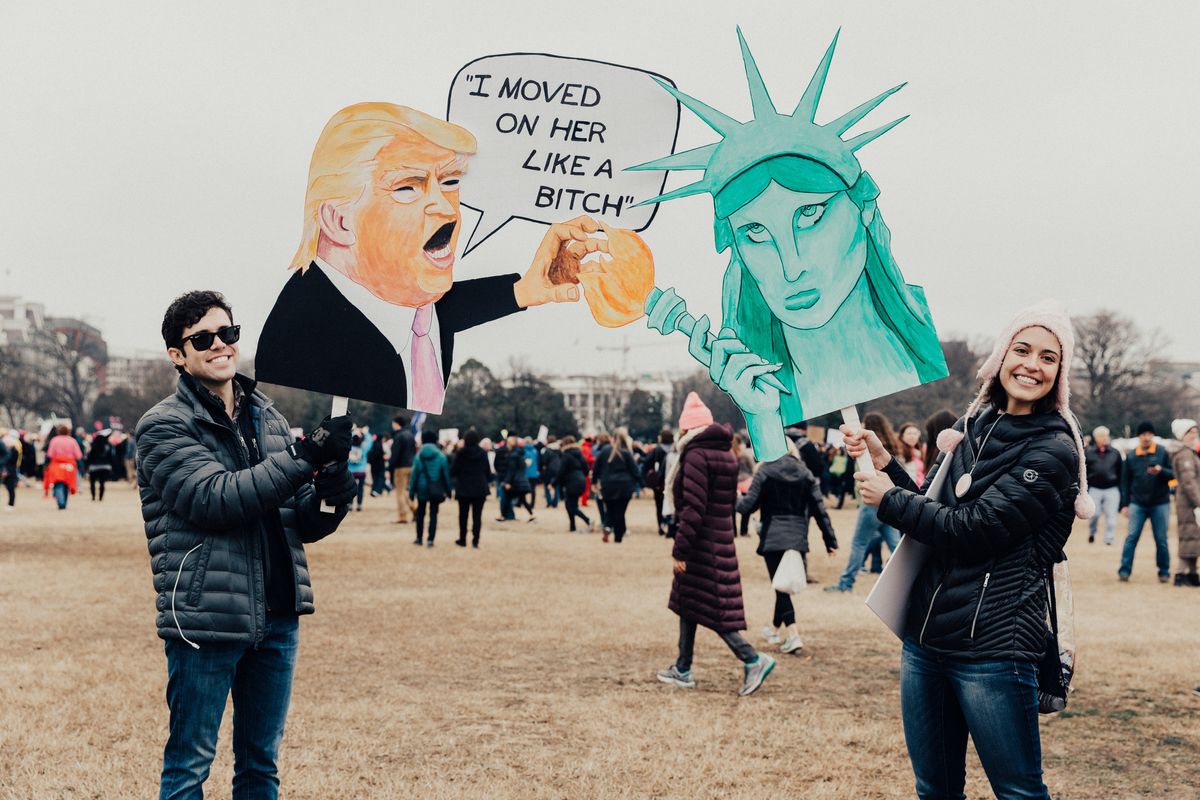 When Trump announced his plan to run for President of the United States in the summer of 2015, just under three years ago today, everyone laughed. And back then it was funny because there was no real fear that his desire would come to fruition.

But as the months passed and it became increasingly clear that he had a real shot at the presidency, we still continued to laugh, and that’s part of the problem.

Because some of the stuff Trump does is funny: his woefully ignorant responses to fairly straightforward questions, his inability to speak even a single sentence coherently and his flagrant bigotry all combine to make him sound like a broken wind-up toy from the '50s with a paint sniffing addiction. And on the surface it does seem funny that the White House, a place formerly of prestige and power, has been turned into the equivalent of America’s most original sitcom, that airs 24 hours a day, 7 days a week, on every single channel (Except for Food Network. I love you Food Network.).

However, when you take a closer look at the America that has been created over the past three years and the systematic destruction of everything our government was supposed to be, it might seem funny on the outside, but it is a grave indictment of the destruction of our country. Just last week, Donald Trump tweeted a response to Roseanne Barr being fired by ABC that made no mention of her racist statements at all but instead demanded an apology from ABC for statements allegedly made against him.

And when I try and talk to people about what it means that the sitting president of the United States has openly refused to condemn racism again and again, they do remark that it’s horrible, but for the most part that’s it. We scroll past his tweets every day and just shrug and accept that we now live in this world.

And I get it, it is beyond emotionally taxing to think about the severity of Trump’s actions each and every time he makes one, but the alternative is that we start to accept them and we start to become complacent to them, and that is not acceptable.

This is not acceptable because this is how we got in this situation in the first place. By this point in time, we know about how low voter turnouts have affected the election. We know that on a simple numbers level there are more Democrats than Republicans in America by far, but come election time only the Republicans show up to the polls to vote because Democrats (and other liberal-leaning voters) by and large have become so jaded to the world we live in that we don’t think anything matters.

Beyond voter turnout, voter efficacy is at an all-time low. We believe that there is nothing we can do to make the world a better place because every single time we’ve tried before we’ve been shot down.

This is the mentality that is dangerous when we are faced with a tyrant hell-bent on turning America from a capitalist government into a purely corporatist one and destroying all of our fragile ally-ships just because he can. Maybe even worse. It is times like these that we need Americans to believe that something is horribly, utterly wrong with the world as it is right now and stop brushing it off as a punchline.

Because you can’t vote a punchline out of office, but at least for now you can a sitting governor or senator or president, and that is what we need people to do in the midterms.

Complacency and acceptance is America’s enemy right now. Just last week when the Roseanne scandal unfolded, I had one of my best friends say to me how excited they were to hear what dumb thing Trump was going to say in response to it, and I laughed, too, because I knew it would be funny.

But it's not funny. Not really.

Having a laughingstock for a president might be good for short-term laughs, but I guarantee you that when nobody turns up to the polls to actually fix the problem come November 2020, none of us are going to be laughing.