A brief list outlining twenty arguments against the following invalid phrase: the book is better than the film. 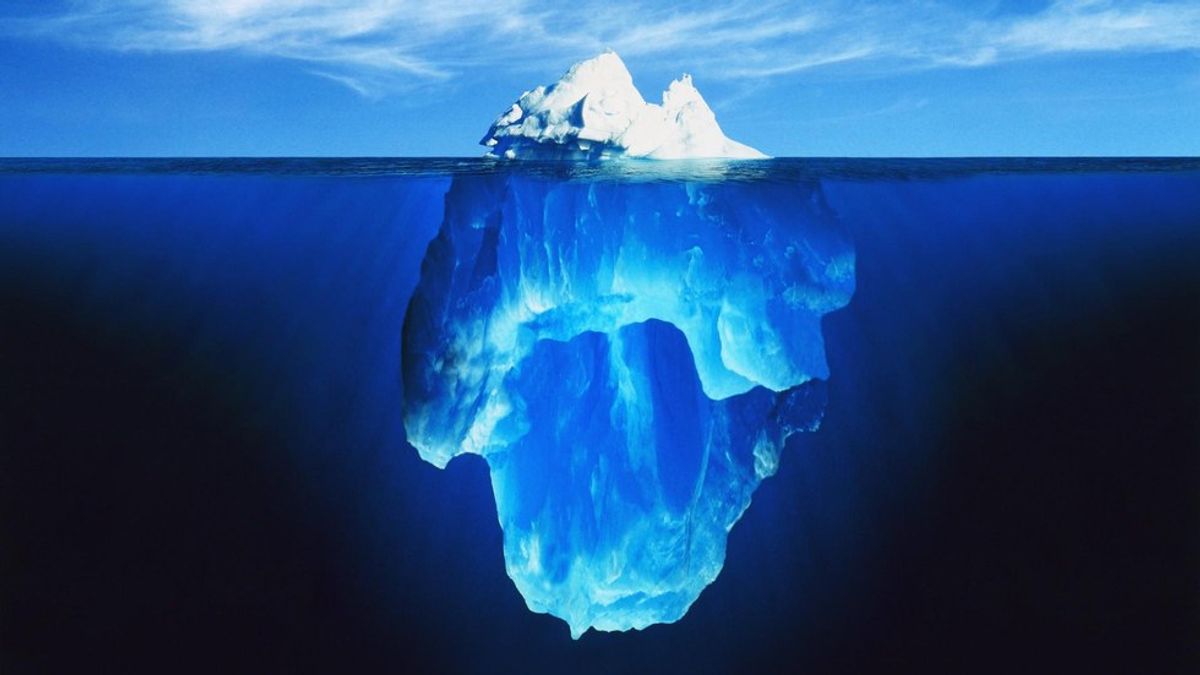 The iceberg argument is a poor excuse for film criticism because it illustrates the speaker's ineptitude for appreciating films as works of art.

I have no tolerance for the following statement: the book/source material is better than the movie. This is commonly referred to as the iceberg argument, which implies that films are mere "snapshots" of a novel's complexity or greatness.

The following list contains many reasons why this statement is invalid and my goal is that by the end of this list, you too will agree to never utter such a phrase again.

Notice: obviously, there are exceptions to some of the following arguments yet despite this, I have, to the best of my ability, crafted each argument with the intention of addressing specific, often outlandish arguments stemming from the iceberg argument.

1. You cannot compare apples and oranges, books to films, because each part is a unique art in and of itself.

4. Books were designed to be read sporadically, as often as one pleases or as sparingly as one pleases, while films must present an entire story, an entire world in one sitting, a fraction of the time it takes to read a book.

5. Focusing on symbolism: a criticism of a film for lacking symbolism is always invalid because of the accuser's lack of attention to detail within the context of a film.

6. Focusing on imagery: a criticism of a film for lacking imagery is always invalid because of the accuser's inability to comprehend a basic quality of film, the set.

8. Focusing on POV: a criticism of a film for lacking POV is always invalid because of the accuser's inability to comprehend basic qualities of a film such as scene changes and camera angles.

9. More often than not, the iceberg argument is used to rationalize the accuser's initial perceptions of the film adaptation prior to actually seeing the film.

10. More often than not, the iceberg argument is used to somehow claim films are in someway inferior to books. According to that logic, paintings are inferior to photographs or vice versa.

11. More often than not, use of the iceberg argument illustrates the accuser's inability to analyze a film versus a book.

12. More often than not, use of the iceberg argument hints at a possible bias. (See argument 9)

13. More often than not, use of the iceberg argument hints at the accuser's inability or lack of will to appreciate different interpretations of source material.

14. More often than not, use of the iceberg argument is intended to justify simple opinions rather than hard evidence (which can include deliberate inconsistencies and/ or alterations to the source's views).

15. Use of the iceberg argument commonly illustrates the accuser's belief that the source material is infallible.

17. Use of the iceberg argument, in terms of animated movies, often reveals immature and an un-academic knowledge of the use, power, and practicality of animation.

18. Because some users of the iceberg argument believe that the source material is superior to the film, because the film happens to be animated, users will do well to note that some of the best adaptations of source material have been produced as animated films.

19. Focusing on quality, users of the iceberg argument will do well to note that a film's quality is derived in many areas, just like a book's. These qualities include but are not limited to: cinematography, acting, lighting, screen-writing, and musical score.

20. Focusing on unique qualities: a film's musical score is often one of its greatest assets because it can provide both symbolic and aesthetic meaning to a film, something that cannot be said of books yet users of the iceberg argument, for some reason, do not understand this.

In sum, I will say that I appreciate both books and films simultaneously. Ideally, people need to understand that both mediums are unique and should be treated with respect unless one or the other is unworthy. If such a case arrives, only then should arguments be presented, not simple opinions, with definitive evidence for support.