Demi Is A Person, Just Like You And I
Odyssey

Demi Lovato Is A Person, Just Like You And I

It could happen to anyone. 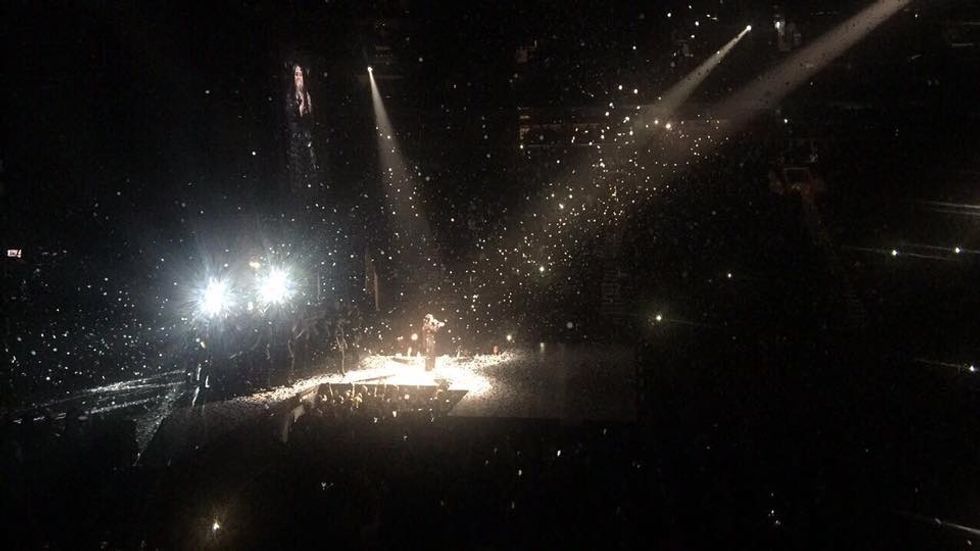 On July 24th, it was reported that Demi Lovato was rushed to an LA hospital from her home for an apparent heroin overdose.

On June 21st, Demi released a new single, 'Sober' which broke down the fact that she had relapsed after just celebrating six years of sobriety. Check out the breakdown of it here.

I, personally, am a huge fan of Ms. Lovato.

It breaks my heart that she is going through this. I support her no matter what, and she has gotten through this once, she is a fighter.

Demi is one of the inspirational women, hands down. She has been completely open about her struggles, from addiction to mental illnesses. She speaks about it in the spotlight. She has a documentary on YouTube all about her journey.

She is a celebrity. She is in the spotlight. She has been on tour.

That kind of lifestyle, as we can all imagine, can be insanely difficult. Drugs, alcohol, other bad habits can be easy to fall into. Not just for celebrities, for anyone. So yes, Demi overdosed. Yes, she was hospitalized.
And, yes, she is a PERSON. She has feelings.

Addiction can happen to anyone. It happens more often than not.
In 2014, 21.4 million American adults faced a substance use disorder.

Demi not only deals with addiction but she also fights mental illnesses each and every day. She has had a life-long battle with bipolar disorder.

"I have lost all respect for her. She's a drug user and will always be."

"Some people are destined to destroy their life."

"No sympathy for stupidity."

Think about what you are saying, think about how those things you are saying about this women could affect her.
Think about the position she holds and the pressure she is under to be in the spotlight and face her problems with addiction and mental health.

It could've been anyone. It is addiction, it is reality.

Treat Demi like another human being, because that is what she is.

Sending you positive thoughts and lots of love Demi.

addiction
Report this Content
This article has not been reviewed by Odyssey HQ and solely reflects the ideas and opinions of the creator.