A Not-So-Definitive Ranking of Every Song on Justin Bieber's Album 'Purpose'
Odyssey
CurrentlySwoonLifestyleHealth & WellnessStudent LifeContent InspirationEntertainmentPolitics and ActivismSportsAdulting
About usAdvertiseTermsPrivacyDMCAContact us
® 2023 ODYSSEY
Welcome back
Sign in to comment to your favorite stories, participate in your community and interact with your friends
or
LOG IN WITH FACEBOOK
No account? Create one
Start writing a post
Entertainment 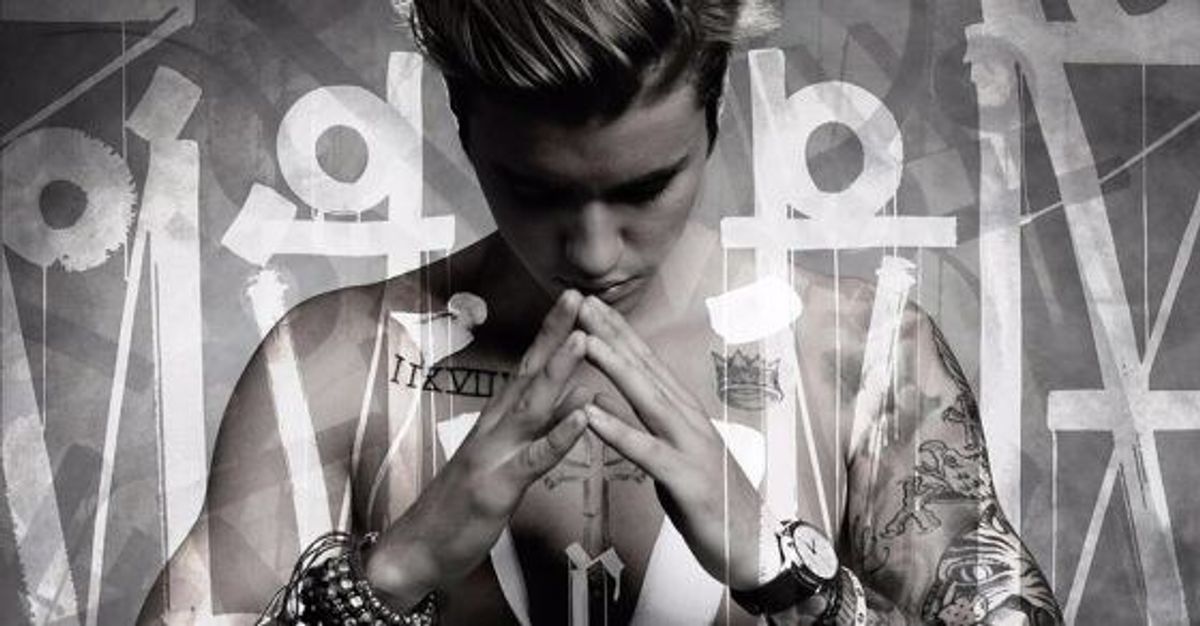 Justin Bieber's new album Purpose (Deluxe) released last Friday, November 13 and honestly, I was a bit disappointed. I listened to the whole thing in order and while it started out strong, it kind of flopped halfway through. I'm glad that he's trying out a new sound and that he is going for the whole reformed bad boy image. It definitely got me to like him a lot more now than I did in the past couple of years. I agree that he's "grown-up" (this being a loose term since he's only 21), but I thought this album was going to be a lot more promising than it was.

I know this isn't exactly fair, but like I said, the second half of the album was kind of a flop so I decided to kind of lump them together because I couldn't really figure out which one I disliked less than the other. I was impressed that he includes quite the variety in these, ranging from R&B to more mellow beats to the Pop/EDM feel we've been getting from his singles lately. However, the lyrics don't really speak to me and the songs are pretty repetitive.

I'm unsure whether this song is about a one-night stand or a fling or what. The beat is decent, but the song is not my favorite. It's repetitive and doesn't say much. However, I like it better than other songs on the album which is why I'm ranking it 10th.

9. Life Is Worth Living

I have mixed feelings about this song, yet it managed to grab my attention when I first heard it which is the reason for its placement as 9th. It's a pretty religious song. This surprised me even though I knew Justin was a Christian, yet you wouldn't think so if you looked at his previous history under the limelight.

This song would be AWESOME if.....the lyrics were different. The beat is SOO good. It is definitely one of those songs to add to your party playlist. However, the lyrics about how we need to better the world and so on really kill the mood. Sure, I agree with what he's saying, but why waste such good a beat on subpar lyrics. I don't want to be thinking about the world and how messed up it is when I'm trying to have a good time on the dance floor. Not the best call, Justin.

7. What Do You Mean (acoustic)

I love the original and acoustic versions are always a good idea. Moving on.

On one of JB's recent interviews on Ellen he revealed that this song is about Selena Gomez, which is what made me listen to it so intently. It's the first song on the album, which sets the mood for it. It's about redemption and bettering himself, a theme you see throughout the rest of his songs. Overall, it's pretty good.

I didn't love this song the first time I heard it. I thought it could do better with a more upbeat rhythm. However, it slowly grew on me. It talks about Justin's problems with the media and the pressure's of fame, and how he has been overcoming these problems.

I love this song. The lyrics themselves are harsh, but it's a beautiful song. It was co-written by Ed Sheeran who has some pretty harsh songs himself. You'd think a song with these lyrics would be accompanied by something a bit more upbeat, but instead it consists of a very mellow guitar in the background and Bieber's vocals, which is probably why I love it so much.

I'm still obsessed with this song even though it was ridiculously overplayed last semester. I don't think I need to say more about this one since I'm sure everyone knows it well.

I instantly loved this song and still do. The beat is way too catchy and it was so different from what we were used to hearing from Justin. I'm still confused as to what the whole point of the video is though.

I'm sure everyone is all too familiar with this song by now. It was released about two weeks ago and I still have it stuck in my head. The beat is way too catchy and the lyrics are pretty good themselves albeit repetitive, but that doesn't really matter when you're looking for a catchy dance song.