Do We Have A Problem With How We Currently View Success?
Odyssey
CurrentlySwoonLifestyleHealth & WellnessStudent LifeContent InspirationEntertainmentPolitics and ActivismSportsAdulting
About usAdvertiseTermsPrivacyDMCAContact us
® 2023 ODYSSEY
Welcome back
Sign in to comment to your favorite stories, participate in your community and interact with your friends
or
LOG IN WITH FACEBOOK
No account? Create one
Start writing a post
Politics and Activism

Do We Have A Problem With How We Currently View Success?

An Olympic champion may win a gold medal, but it is not the gold medal that brings them the glory. 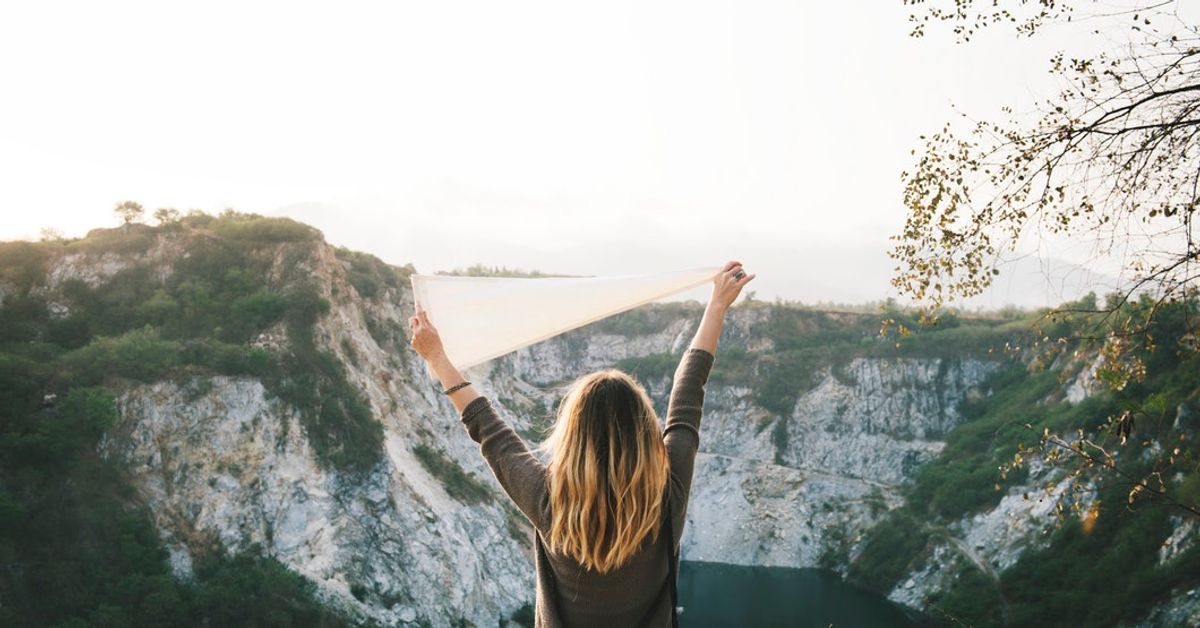 When asking people to define success, the majority of answers I received had something to do with financial prominence, status or reaching a certain point in a pursuit. Others argued that their idea of success was happiness: being satisfied with where they were in life or their intended path. We see success as the light at the end of the tunnel: the endpoint, the final culmination, the ultimate dream.

But what we fail to recognize and truly appreciate is “the tunnel” we go through that leads us to our idea of success. Without the tunnel, there is no light to reach. No true purpose to seek out, no dream to work for. And while the tunnel may be ominous and we may end up taking a few wrong turns or end up lost, it’s the journey that brings us the light.

Success isn’t the actual achievement of the goal or dream itself. Success is the ability to recover from a tough fall or failure. It is when we are caught between roads and have to choose a path to follow without the fear of looking back. It is when we are on our hands and knees, struggling to move forward but knowing that we need to keep going.

It is the moments where we may not win or have the outcome we desire, but we still continue to strive for something.

We have been taught to associate success with victory or a win. However, it is not the victory itself that gives us feelings of prosperity, but rather the things or tools applied that led to the victory. An Olympic champion may win a gold medal, but it is not the gold medal that brings them the glory, the fame, or the remembrance they aim for, but the actual race itself, the drive and endless amount of work put into achieving the goal.

Not all goals or dreams have a positive outcome. It may seem pessimistic to say, but it's the hard truth: not everything is guaranteed to come out the way we want it to. There will be countless times where we miss the mark, disappoint ourselves, or even lose the motivation to chase after our purpose. It's unavoidable. But, even with the loss of the goal, we gain something from every experience we encounter. Success is the ability to understand and embrace our failures or mistakes and have the maturity to get up, shake it off, and learn from it.

Sure, there are times where you’ll find yourself blindly stumbling through the tunnel, and the light could be so faint that it is barely distinguishable from the dark walls of an unlit path. It’s impossible to have a clear, perfectly-lit walkway, but that's what creates the beauty of the journey, those unexpected roadblocks that enable you to persevere.

There is no clear or perfect tangible definition of success. It can be a sensation or a feeling. It can be a physical milestone or an emotional breakthrough, a real accomplishment or even an illusion. Success is neither purposeless nor aimless, it is personalized and different to all. No two people can follow the exact same journey or follow the same path, everyone has their own, hand-carved route they create by the decisions, outcomes, barriers, and occurrences that appear in their lives.

"Success is not measured by what a man accomplishes, but by the opposition he has encountered and the courage with which he has maintained the struggle against overwhelming odds." – Charles Lindbergh