The Best Conversation I've Ever Had
Odyssey

Who Cares What's For Lunch?

A tribute to the best conversation I've ever had. 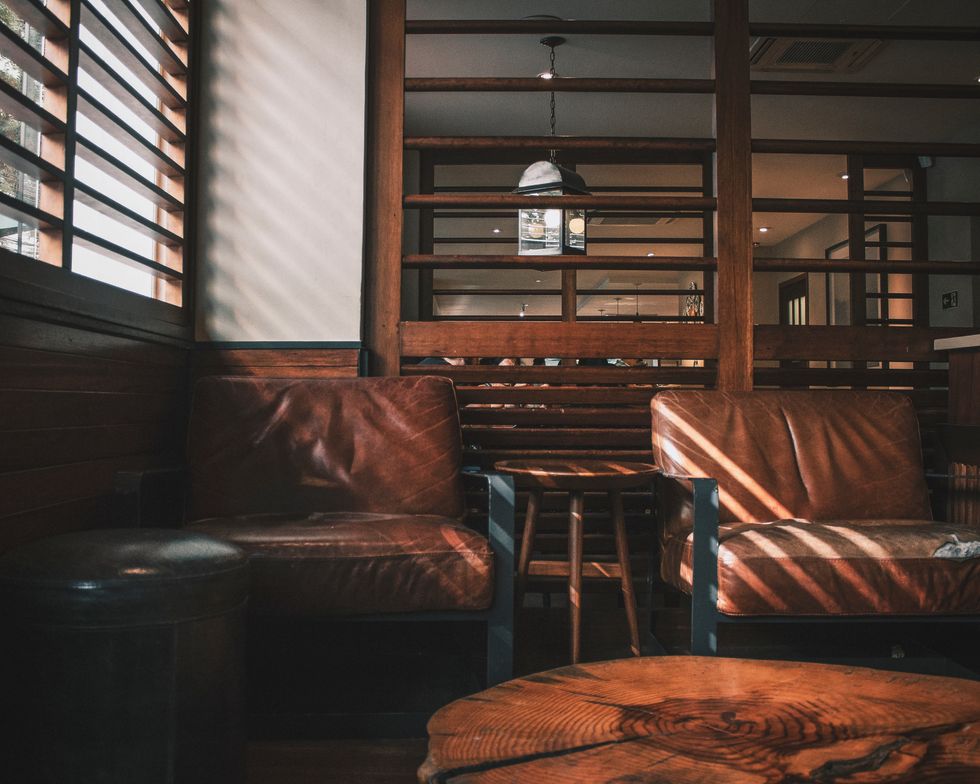 Photo by Mitsuo Hirata on Unsplash

When a strange old man approaches you at a suburban Starbucks and asks you what your name is, you get up and leave. At least that's what my parents, and what I hope every sane couple in the country taught their kids.

It was one of my favorite types of summer mornings: cold, foggy, the earth teasing the population with drizzle. I was up in Winnetka doing a favor for a neighbor picking her kid up from a baseball camp. I had a few hours to kill, so I waited in line at the closest Starbucks for a Passion Tea Lemonade. I'm not too sure if it's a drink I ever truly enjoyed, or if it's just one of those things where I'm too anxious to order something new and potentially hold up the line. I sat down at a patio table and edited articles for a few minutes until my laptop died.

And here was this jittery 60-70-something man out of thin air, standing over my chair, wearing a Siesta Key visor and a salmon pink polo. My father has sworn his whole life that he's a sort of magnet for random people to come up and talk to him. His father had the same thing happen to him, and he's convinced I've inherited it as well.

I smiled, though, and answered, "My name's Casey. How about you?"

I pictured my sorority composite on the back of a milk carton and picked at my straw. Maybe I should have gotten up and left at that point. Bill, as I now knew him, fiddled with five or six car keys in his hand. Maybe he was about to offer to pay my tuition. I guess normally people have their bubbles, and you're not really supposed to break them in public. Plus, I really wanted to see where this was headed. I checked the numbers floating above my screensaver: 11:42. Alright, I guess I had a few hours to be kidnapped today. I was bored.

Bill and I ended up having that normal kind of conversation you have with an acquaintance or a relative: college, Trump, drugs, the suburbs, T.S. Elliot. His sentences were rambly. There were periods where he spoke "at" me, rather than "with" me. He needed someone to talk at, I think. I learned that Bill majored in English and really wanted to be a writer at one point. He insisted he never would because he played sports in high school.

"All the great poets, all those amazing writers out there, they've been reading all kinds of shit since kindergarten.", he told me. "Their IQ is probably 175 and mine is probably 115, you know?" Oh, do I know, Bill.

He eventually became a psychiatrist instead of a writer. Pretty respectable Plan B, and might explain the multiple car keys. Bill has this daughter who's kind of a hippie, a wife named Barabara, and an asshole brother who went to Harvard and never shared a dime with the family.

It starts to get dark here.

Bill asked me how old I was. I said 18. He went on to tell me that he had his very first existential crisis at 18. He said that was the age where he first realized he was going to die and what that really meant.

I was immediately propelled back a few months, where I'd gone through something eerily similar. I told Bill that I had first begun pondering the nature of life and death just weeks before I left for my freshman year of college when I dialed 911 for a dead guy locked inside his car in a Nordstrom's parking lot. It weighed on me for months. A few weeks later, I went out for drinks with a boyfriend at the time and, while Googling something, he asked me why the search history on my iPhone was so depressing. He took a big gulp of Sapporo and told me I should probably go see a therapist. I rolled my eyes. Everyone on the planet should go see a therapist. I was jealous of my peers that were worried about sorority rush and who they were going home with that night. I had to take Xanax and melatonin like they were birth control and I couldn't sleep for more than six hours. I told Bill that I had been thereafter afraid to miss any part of my life. It was horrifying.

"When you realize that the only certainty is that we live and die, you're like 'who cares what's for lunch?!'", Bill told me. I'll remember that forever.

I agreed with him that most teenagers experience some form of this crisis during their metamorphosis into young adulthood. But while most people, like myself, learn to accept the nature of existence and are capable of afterward integrating back into life's mundanities, Bill was never able to move past it. He told me he'd grappled with existentialism for so long, he'd even resorted to attending "New Wave" philosophical conventions across the country. I wondered if he'd become a psychiatrist in hopes of fixing himself.

I began to notice that Bill's views were Kierkegaardian: in that he dwelled on the absurdity of the existence we are given. Maybe that's why he wasn't afraid to approach young women in coffee shops- because life will always end in death anyway. I got the sense that Bill had cut his teeth on the classic existentialists, so I wasn't surprised when he started quoting Sartre in that there might be an essence that precedes existence. Every English major I've met has somewhat been versed on philosophy. Because if they weren't, they would be studying business.

(Sorry for the jab, business majors. You can get me back in five years when I work for you.)

I told Bill a few things that had helped me in the past.

First, I asked Bill what he even planned to do if life was truly meaningless like he feared.

"Nothing", he replied, "There's nothing you can do about it."

I'm personally not a Nihilist. I believe there must be some calculation to the madness of the world, even if it's minuscule. But I decided to introduce Bill to a theory that I'd read up about after that horrendous experience in the Nordstrom parking lot. That was the theory of existential joy- that while there could be a truth to the existential dread that accompanies Nihilism, why wouldn't you flip it in a positive way?

Essentially, what existential joy says, is that life's potential meaninglessness is the best thing that could ever happen to us. In that, we could all go out and embarrass ourselves and make hundreds of mistakes, and we'd know it wouldn't matter- ever. Dying is the best gift we've ever gotten, according to existential joy theory. Because in the meantime we're able to run fast, love hard then break hearts, eat good food, speak our minds, and never look back for a second. A few valuable days will always outweigh infinite meaningless ones. If the worst thing that can possibly ever happen to us is that we die, then there is really nothing to be scared of.

"There are only a few movies that are real", he even told me at one point, "The rest is just 'The Avengers'."

I reminded Bill that "the greats" would always be there. That even years after we both died, there would still always be Shakespeare and The Beatles and Cleopatra. He agreed with me and told me it was only recently that he realized he was part of the great and beautiful timeline that is humanity. I think that's something to live for.

Bill and I talked for about 30 more minutes after that. We spoke about the process of writing and argued about short-style poetry. We talked about Hinduism and microdosing. We made each other a list of our favorite poets. We talked about the environment. I brought up Zelda Fitzgerald, and he said he didn't believe plagiarism was real because there were only so many ideas in the world to go around.

Bill and I shared similar timelines: the aspiring writer that fears they are too average to ever make a dent in the industry, the philosophical uncertainties of young adulthood, the effort of piecing together the grand, unsolvable puzzle picture from what we have.

I drove my neighbor's kid home from baseball with the windows open, listening to nothing but radio static and I felt different in some small but unignorable way. I'll never see him again, but I think that Bill is one of the best friends I've ever had.

philosophy
Report this Content
This article has not been reviewed by Odyssey HQ and solely reflects the ideas and opinions of the creator.