Surprise: this body has a voice. And it doesn't appreciate your comments. 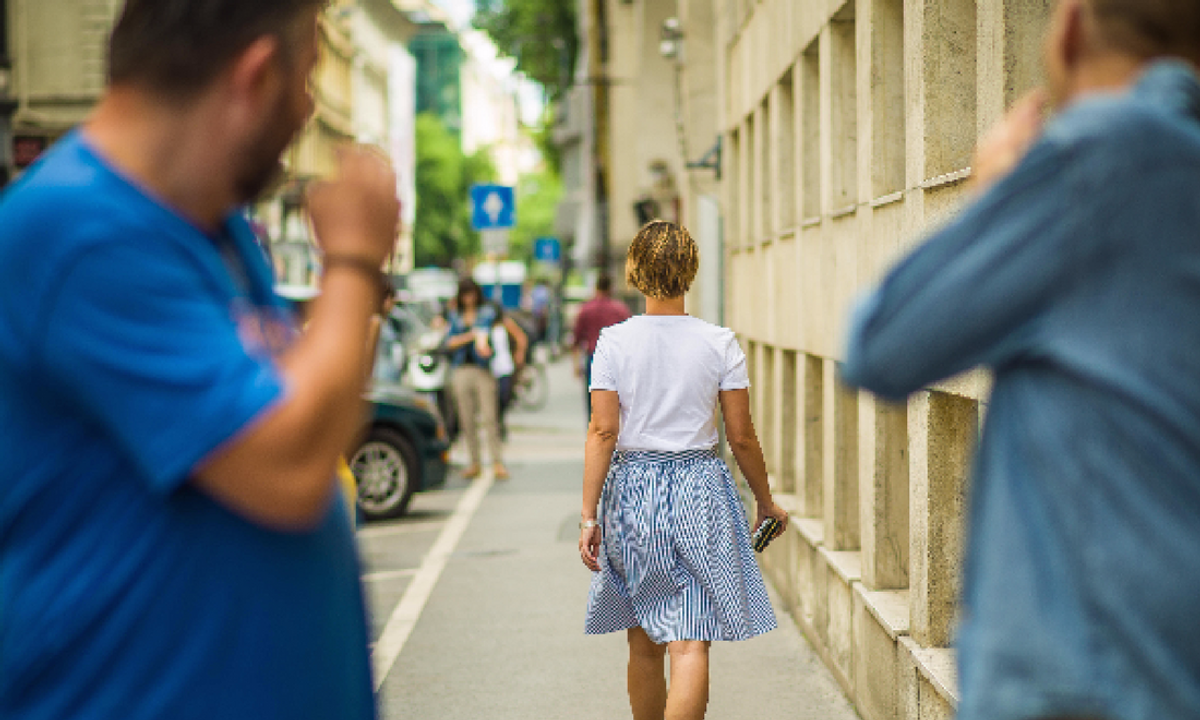 The other day I was walking down main street with a friend when we came across a group of you. The minute you realized that the two strangers approaching were of the female variety, you immediately took it upon yourselves to hurl increasingly sexual comments at the two of us. I don't think I've ever heard my body described in that much detail. It got to the point where my friend yelled at you to shut up. The expressions on your faces were truly shocked and almost laughably injured. This makes me wonder, do you think that what you’re doing brings women pleasure? Or were you just shocked that these two bodies actually had working vocal chords? What are you expecting us to say? “Ooh I love that sound, now let’s go back to my place?”

Believe me, I get it. The thrill of a new attraction to a stranger. Not knowing whether or not they reciprocate your affections. Getting up the courage to say something to them. Telling them that they would look way prettier if they smiled… Let me tell you why I don’t smile on the street. I’m very aware that I have a gorgeous smile and that it makes me look pretty. The problem is, by telling me that I should smile more, you are assuming that something other than your presence has taken that smile away. Please, take the credit you deserve! I owe the creation of my frigid bitch exterior to you, my friend. It’s battle armor, just like the bag clutched to my chest, and the dead eyes staring glassily ahead. My tense fingers the only thing belying my fear.

Have you ever wondered why it’s called 'catcalling'? Calling the cat, cat = vagina. My vagina being the only part of my body which you are considering when you make those noises. Claiming my vagina like the boys in third grade lay claim to their playground territory. Because that is what my body has become. A claimable piece of real estate to be passed from hand to hand until my age of conventional sexuality has passed.

I’ll never forget the first time my body became something for someone else to judge. Twelve years old and told to separate from the boys for our sex ed class. I don’t know what they were taught across the hall in the classroom filled to the brim with testosterone, but I’ll make an educated guess that it wasn’t that their shoulders were distracting. Something about the curve of a prepubescent shoulder blade, bare legs, or collarbone is just too distracting to an awakening sexuality. Who knew that my undeveloped body offered so much fodder to the imagination?

14, the first time I was called ‘Saskatchewan’ for my flat chest. Canadian middle-schoolers apparently find the most cutting insult to be geography related.

15, Saskatchewan got mountains and suddenly the public desire for my real estate shot straight up.

16, learning to survive the slew of sexual innuendos and (possibly) unintentional sexist jokes thrown my way with a graceful smile and forced laugh. Navigating the thin line between slut and prude blindfolded.

17, wearing a painted on smile and feigning either deafness or stupidity just to avoid interacting with strangers on the street who I’m afraid will take my voice as an invitation.