A Day In The Life Of A Sweatshop Worker
Odyssey

A Day In The Life Of A Sweatshop Worker

A minimum wage job pays more in a week than an average sweatshop worker makes in a year. 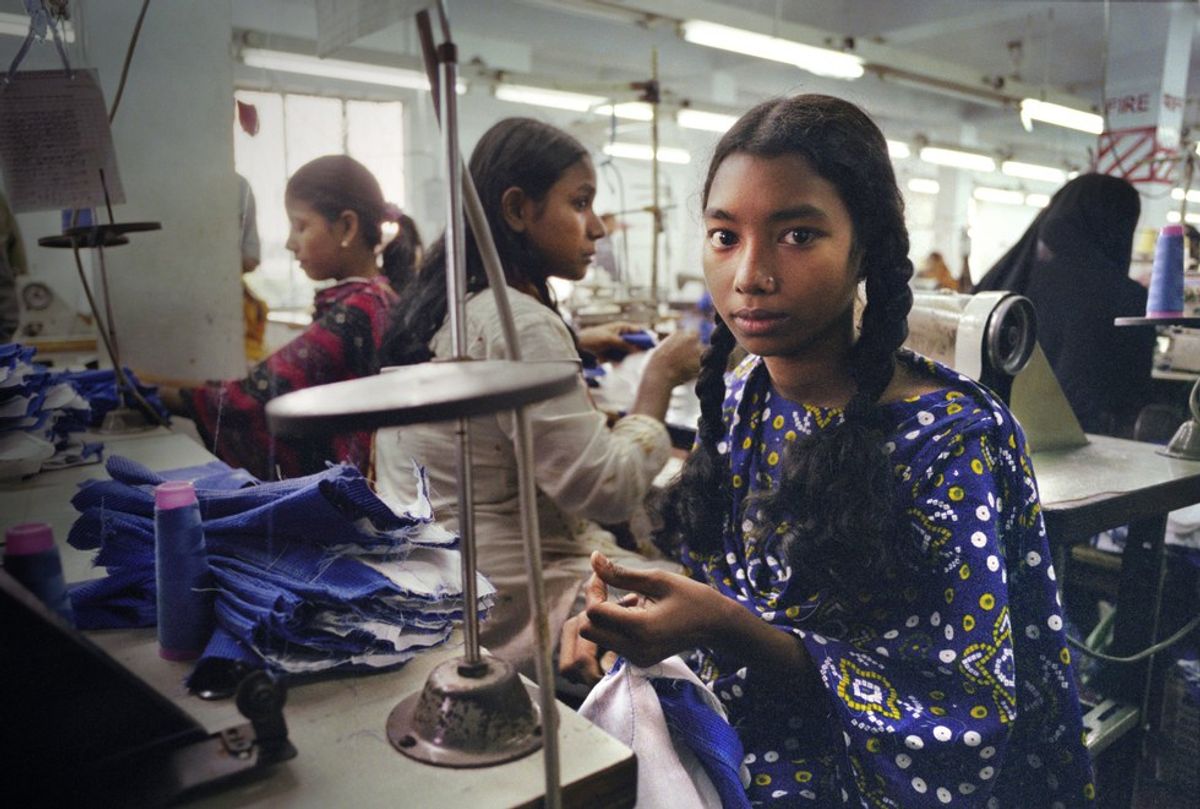 When was the last time you complained about your job? The last time I did was this morning.

After reading articles about working conditions for sweatshop workers, many of them younger than myself, I realized that I needed to check my privilege and consider what it would be like to work in a sweatshop in a third world country. I’m very fortunate to have a flexible, low-stress summer job that pays a comfortable amount. In fact, a minimum wage job pays more in a week than an average sweatshop worker makes in a year. Living expenses may be lower in some of these countries, but not low enough for this kind of paycheck to be able to cover.

Some sweatshop workers are paid as little as one cent per hour, but even worse than the pay are the horrific conditions. In fact, working conditions for 80 percent of sweatshop workers violate both local and international labor laws. Even in the United States there are over 11,000 sweatshops (as of 2000) that break both overtime and minimum wage laws. Even more violate health and safety conditions. Some employees are forced to work up to 72 hours straight with factory doors locked. It is common for workers to be subjected to physical and sexual abuse.

Journalist Raveena Aulahk worked undercover in a Bangladeshi sweatshop to investigate conditions. She was trained by Meem, a 9-year-old factory worker who she first saw sitting “cross-legged on the concrete floor, a tiny, frail figure among piles of collars, cuffs, and other parts of unstitched shirts.” Aulahk revealed that the factory lacked windows, fire extinguishers, emergency exits, and even a real bathroom. After a 12-hour work day, with only a break for lunch, she described the labor as “back-breaking,” “finger-numbing,” and “rage-inducing.” Girls are taken out of school to work for a few cents an hour in an effort to contribute to their meager family incomes, yet these jobs were still considered valuable to poverty-stricken families like Meem’s. Manufacturing clothing in sweatshops is such a common job for impoverished young girls in Bangladesh that leaving school at age 7 is standard.

Nike is one popular company that fails to comply to labor laws. Nike suppliers hire people as young as 7 and force them to work 16 hours, seven days a week for the rest of their lives. In a 16-hour work day employees in Nike sweatshops are only allowed to use the bathroom twice. Reports have shown that many Nike sweatshop workers die by age 15. The supplier also has a history of factory fires, unpaid wages, forced overtime, and violence toward female workers. Additionally, Nike now refuses to allow the Worker Rights Consortium (WRC) into their factories to inspect conditions.

The US Department of Labor also found unethical labor practices in downtown LA, where garments were being produced for companies including Forever 21, TJ Maxx, Marshall’s, Urban Outfitters, and Wet Seal. Employees receive less than minimum wage, and the companies still owe $11 million in back wages to about 11,000 workers.

On a daily basis, Indonesian Converse shoe manufacturers are subjected to serious abuse by their supervisors, who throw shoes at workers, slap them in the face, and call them dogs and pigs.

Less than half of H&M top tier suppliers have fire exits, yet the manufacturers still refuse to make renovations, even after a factory fire killed 21 employees.

Garment workers aren’t the only ones suffering from corporate negligence. After 18 people killed themselves by jumping out of factory windows, Apple sweatshops covered exits with suicide nets to prevent future suicides. While an iPhone is basically a prerequisite for socialization for many American millennials, the workers who produce them would have to work months to be able to afford one.

If you’re a broke college girl like me, you know how satisfying it is to find a pair of sandals on sale for $10 at Forever 21. Deals like this sound great, but what is the real cost of that pair of shoes? A study showed that doubling the salary of all sweatshop workers would only raise the cost of an item by less than 2 percent, but I would be willing to pay double to ensure that my clothing and other personal items were produced in a safe and legal work environment. Think about every purchase you make as a vote, either for or against unethical labor practices.

The following companies are fair-trade, meaning that workers in developing countries receive fair wages for their work:

I also like to thrift a lot of my clothes because I know that I’m repurposing an item that would otherwise be thrown away.

Next time you consider buying from a brand that uses this kind of unfair labor, make sure you really need it. Furthermore, don’t take the items you do have for granted because a lot of pain went in their production. I definitely plan to stop contributing unnecessarily to companies that exploit human rights through unethical and unlawful practices, and I hope you try to do the same.