Dating Shouldn't Be As Hard As We Make It
Odyssey
CurrentlySwoonLifestyleHealth & WellnessStudent LifeContent InspirationEntertainmentPolitics and ActivismSportsAdulting
About usAdvertiseTermsPrivacyDMCAContact us
® 2023 ODYSSEY
Welcome back
Sign in to comment to your favorite stories, participate in your community and interact with your friends
or
LOG IN WITH FACEBOOK
No account? Create one
Start writing a post
Relationships

Dating Shouldn't Be As Hard As We Make It

You can hide your feelings all you want, but someday they will have to come out. 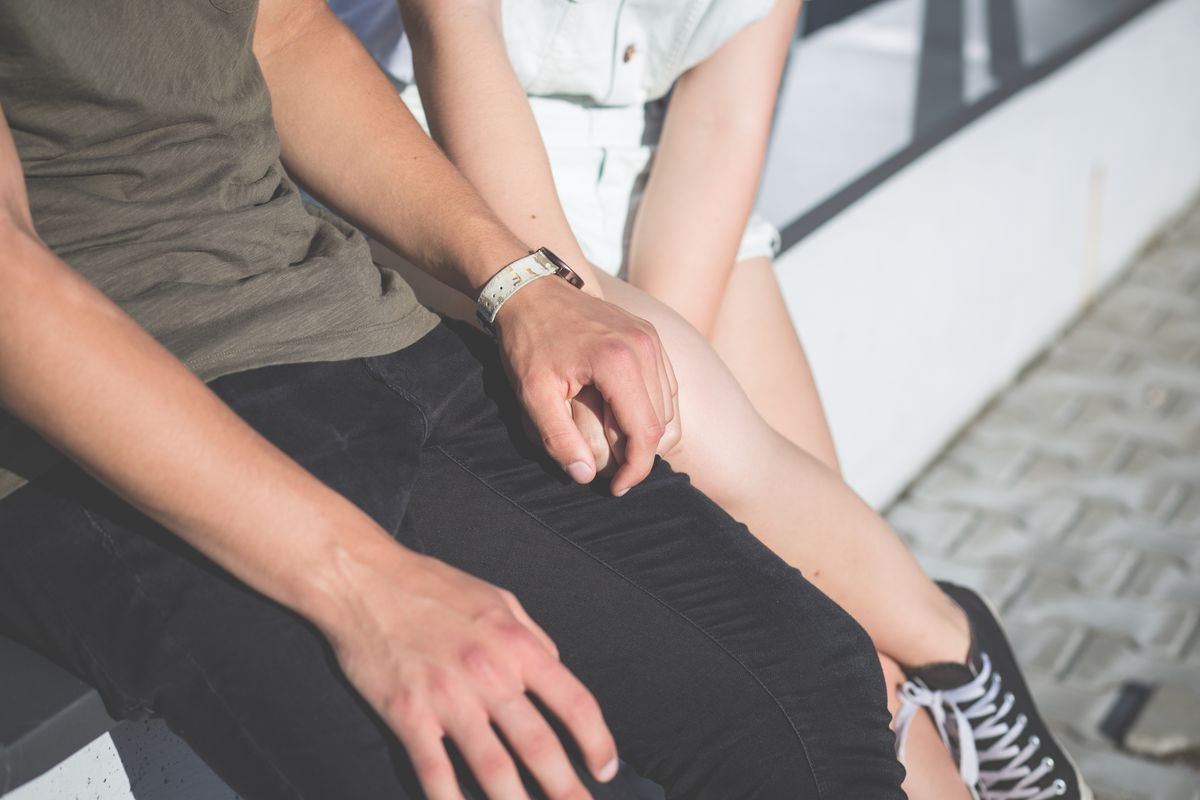 I’ve only been in one so-called real relationship and the only reason I call it real is because I genuinely fell in love. I did things I never thought I would do for someone, felt things I’ve never felt before and suffered a way I wouldn’t even wish it on my worst enemy. But even so, I wouldn’t take it back.

I loved and cried, but I learned. Yet I wasn’t always this open-minded. As I hit my teen years I used to see my older sister and cousin crying over their ex-boyfriends. Because I’d never been in love I used to get annoyed thinking they were just being drama queens and acting pathetic. I even remember saying I would never fall in love.

As corny as it sounds, I now believe in never saying never. A couple of years later, I was in the same position. Falling in love is definitely easier than falling out of love but it’s all part of the learning process. It’s about understanding your weaknesses and your strengths and working on them. It’s not something we should let it discourage us from meeting a potential lover. I’m not going to lie, I’m still afraid to fall in love again. But at the same time I do miss having a connection to someone on a deeper level. I’m also not saying to date just anyone that comes along your way. But give yourself a chance to experience something new, even if it doesn’t work out.

Our generation makes it difficult to date. For instance, I would like to have a serious relationship but I'm afraid of catching feelings. My experience with dating hasn’t been great because most men either treat women as options or hide their feelings to seem tough. I know showing feelings can be scary. It makes us vulnerable but it also shows how strong we can be. Showing emotion shouldn’t be considered a weakness because not everyone has the guts to say how they feel, so if someone does, it should be taken as a sign of confidence and strength.

Personally, I’ve opened up to men who I’ve found as potential partners. Obviously, for one reason or another it didn’t work out but at least I tried and was honest with them and to myself about my feelings. Of course, it sucks to be disappointed but it would suck more not to know what it could have been. I’m tired of the “I don’t give a f***” attitude when I rather know than wonder. It doesn't cost a thing to be honest, it actually takes more effort to keep up with a lie.

Keep an open mind and stop worrying too much about getting hurt because regardless, it's going to happen someday. Just remember, pain makes us stronger. Pain from breakups doesn't last forever. Everything is temporary and you will grow from the experience.

Liking or loving someone shouldn’t have to be hard. If you like someone tell them, show them and enjoy it while it lasts. Stop being scared of love because love isn’t scary, it’s us who make it seem that way. If things don’t work out for you with the person you like then keep it moving. There are billions of people in the world who would love to get to know you. Stop being afraid, stop overthinking and stop acting like a tough cookie. Just live, laugh, and give yourself the chance to love!