The Dark History of the Democratic Party
Odyssey

The Dark History of the Democratic Party

This is not propaganda... it's the truth. 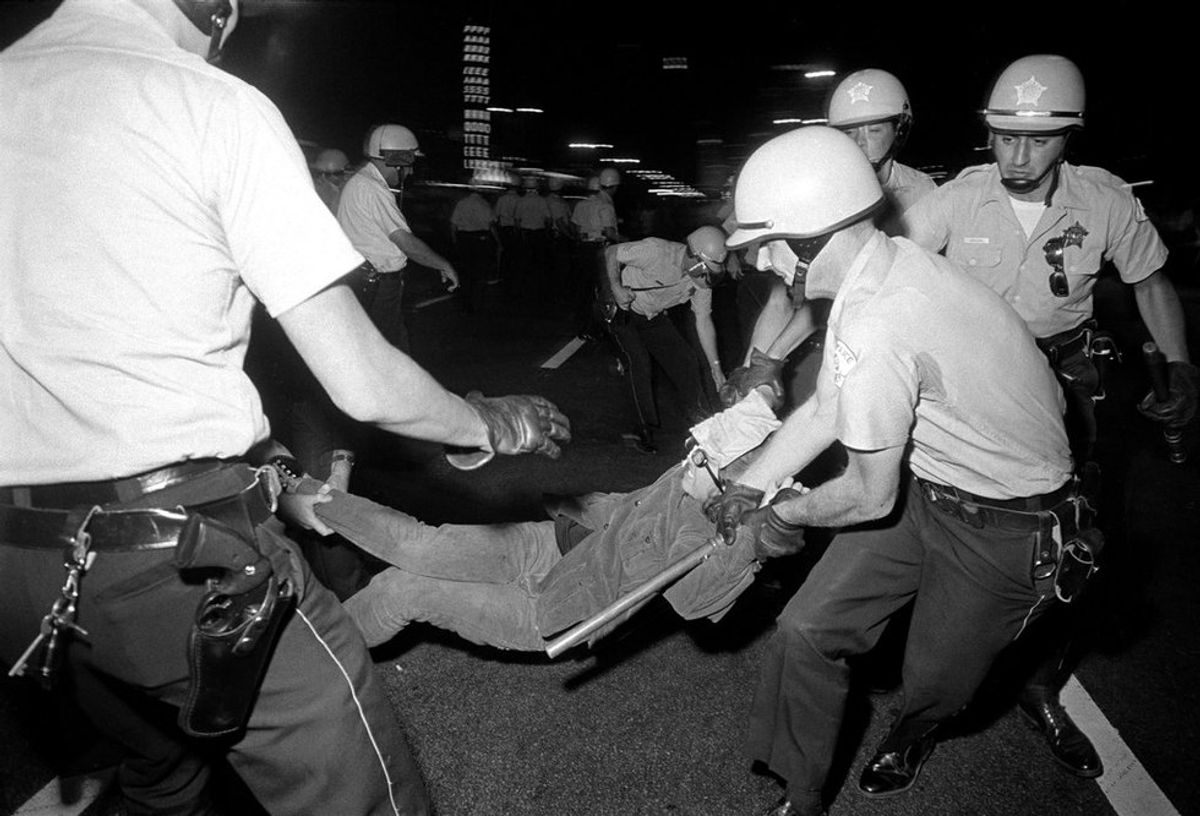 Shortly after the Democratic-Republican Party of Jefferson broke off into the Whig and Democratic parties, one president discovered the modern Democratic Party: Andrew Jackson. Although he won the Battle of New Orleans in the War of 1812, when he lost the presidential election of 1824 to John Quincy Adams, he was convinced that there was a corrupt bargain from the House of Representatives to put Adams in office as opposed to Jackson. Jackson and his followers overstated their case and exaggerated the corruption of the situation; after all, both candidates fell short of an electoral vote and the Constitution states that if no candidate receives a majority, then the vote goes to the House of Representatives.

On top of distorting the facts, Jackson himself was a ruthless slave-owner, and the newly-formed Democrats were convinced that the enslavement of black people was not only an economic necessity, but a moral justification. The racism of the Democrats went beyond only that of African Americans; the Democrats also supported the forced removal of American Indians from their lands, the expansion westward, and even fighting the bloody Mexican-American War. In 1854, after the Democrats enforced the Kansas-Nebraska Act, which allowed the importing of slaves into those territories, the modern Republican Party was formed with the intention to prevent slavery, and essentially curb the Democrats.

After the disastrous election of 1860, with the Republican victory of Abraham Lincoln, the Southern states, under heavy Democratic influence, seceded to protect their state’s rights–primarily, the right to hold slaves. It may have been a war between North and South, geographically speaking–but politically, it was between Democrats and Republicans, with Democrats leading the Confederates. When the smoke cleared, and the blood was still glistening on the grass, the thirteenth amendment was passed and the slaves were free. But the Democrats didn’t stop there; they blocked and filibustered as many reconstruction bills as they could and introduced poll taxes, literacy tests, and grandfather clauses to block African Americans from voting–along with creating America’s own domestic terrorist group: the Ku Klux Klan.

After the Civil War, the Democrats were focused primarily on gaining power once again in the government. They did get a considerable amount of seats in Congress, but used this to pass one of the most controversial and outright unconstitutional acts in Congress: the Chinese Exclusion Act of 1882. The name is exactly what it stood for: to outright prevent Chinese immigrants from entering the U.S. on purely racial grounds. The act passed in Congress with 29 Senators in favor, 15 against and 32 absent; 21 of those senators who favored passage were Democratic and 13 who were against it were Republican.

The Democrats constantly rejected bills aimed at helping African Americans and enforcing a white supremacy agenda, until the Great Depression came around when FDR took office. When he did and introduced the New Deal, do you think that things got any better for African Americans? No.

On top of increasing federal taxes and including excise and payroll taxes, many of the New Deal programs proved to be more harmful than helpful to African Americans. The Agricultural Adjustment Act (AAA) helped farmers cut down on food production in order to drive prices up; but for black sharecroppers, less production meant less work, and higher prices to pay for the food that they made. The Wagner Act, which gave strength to unions, offered no protection for African Americans, and when higher wages were negotiated for workers, African Americans were the first to go, and those unions didn’t even bat an eye. Finally, there was the Tennessee Valley Authority, which flooded an estimated 730,000 acres of farmland and forced 15,000 people from their homes. Farm owners, who were often white, got cash settlements for their confiscated lands. But tenant farmers, who were often black and lived on those farms, didn’t get anything.

Yet, this was the transition of power from the Republicans to the Democrats, which black voters in the North voted for. But why would they vote for a party that took a deliberate effort in their hindrance of their progression as a people?

To be fair, FDR did include an attempt to include black people into the welfare program and recreate the face of the Democratic Party. He also included the Black Cabinet, which let him know about issues black people faced at that time in this country. Yet, there was still something fishy going on; there was a catch to welfare and the New Deal. The catch was that every black person who enlisted in the program had to vote Democratic in the elections (Northern-only, since the South prohibited black people from voting entirely.) How did the Democrats make sure that black people voted for them? On the day of the elections, thugs hired by the state and local governments would go to black peoples' homes, take them to the polls, and force them to vote for the Democrats. If they didn’t, they would be lynched. Despite how much the Democrats tried to create a new face for themselves, it was obvious that they were still up to their old ways.

As the years wore on, the Democrats got progressively more inclusive (despite a few roadblocks involving the Civil Rights Act of 1964 and the Voting Rights Act of 1965). But tensions inside and outside the Democratic Party finally broke, resulting in the turbulent and violent 1968 Chicago Democratic convention. Inside the convention itself were screaming matches between delegates deciding who should be the nominee (between Hubert Humphrey and Eugene McCarthy). Meanwhile, outside the convention were protests from groups who were sorely misrepresented by the Democratic Party. Racial and other minorities protested for more representation but were only met with tear gas and beatings from nearby police officers, along with numerous arrests following the incident. The convention foreshadowed numerous problems and divisions the Party would face, as change was needed immediately.

Following this period, the Democrats eventually evolved into the party we know today. It still had some problems when Carter, Clinton, and Obama came in, but it still petered itself into a somewhat agreeable party (although Obamacare is nothing short of a socialized medical program that made people pay more for health insurance, but that’s just my two cents on the situation). The Republican Party may seem to be the party now that's the most distant from its voters, but this was the party that once stood up for what was wrong and condoned by the Democratic Party. Although it has been over a century since both these parties were created, I think that we are overdue in letting some new parties toss their hats into the ring.

Nevertheless, the history of one of the major parties of America was nothing short of horrifying, and had a hand in creating some of this country’s dark history.