Damon Fizzy is an Internet Hero We Can All Learn From 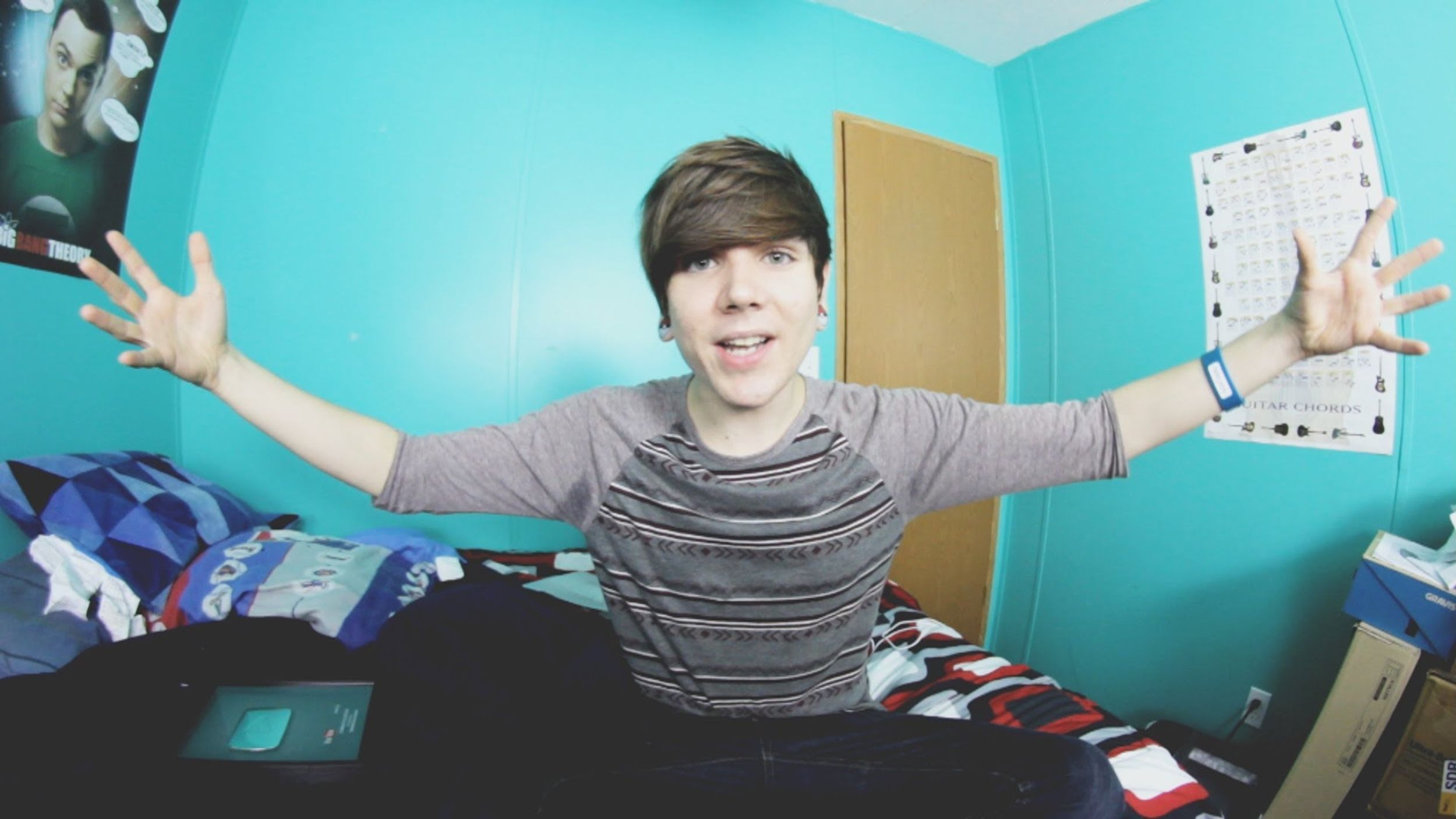 Damon Fizzy is a youtuber and is also known as "Deefizzy." I personally have been keeping up with him for at least 5 years and the real number is probably a lot longer. I was a young teenager when I first stumbled across his youtube channel one day and fell in love with his amazing humor and cute dogs. I stayed following him for a different reason. It wasn't long until my youtube days were over and I stopped keeping up with all of the people I enjoyed watching, except for Damon. I realized over the years that unlike a lot of the people I had been subscribed to he was a genuine, sweet person that I could relate to in a lot of ways. He didn't make content for the sake of fame or following but because it was something he loved to do. He interacted with people and made them feel like friends instead of fans. I appreciated the realness of his videos and how nothing ever feels forced. Not only that, but he stood up for the ideas he believed in. Damon is vegan, and while I have never had the discipline to convert to that lifestyle, he embodies everything I hope to be. More recently, Damon has spoke out and talked about a lot of issues going on in the Youtube community, such as the Austin Jones case and received tons of backlash for it. The exact opposite is what should be happening. Before I get into exactly why, you might enjoy some backstory. Back in the day, I ran a joint fan account and was beyond happy when he retweeted me. This was circa 2011.

While it's super cringy to read now, I still appreciate that he interacted with us fans the way he did. In 2015, which by the way feels like yesterday, I met him at Warped Tour in Cincinnati a couple hours from my hometown in Louisville, KY. I stood in line for over an hour missing numerous bands I wanted to see preform but I could not turn down the opportunity to meet someone I looked up to so much. Unfortunately, the cut the line off directly in front of me. My heart sank. Then, they decided to go for 15 more minutes and I got to take this awesome selfie with him.

Not surprisingly, he is as genuine and funny as he appears to be online. I only got to speak to him for moment before being rushed through the line, but it was incredible to meet someone you have only ever seen through a screen. Around this time, another Youtuber by the name of Austin Jones was outed because he was asking underage girls for videos of them twerking. Damon spoke on this, and was almost kicked off Warped Tour for speaking against Austin. Business didn't seem to think an adult taking advantage of young girls not old enough to consent was okay as long as they were making money. Damon had to publicly apologize for what he said.

This isn't the first time he received negative feedback on a situation he spoke up about. Other youtube stars like Bryan Stars and Sam Pepper have done their own bad deeds and yet Damon trying to expose the truth was the only thing people frowned upon. More recently, Austin Jones was charged with 2 counts of child pornography after more girls came out, claiming Jones had forced them to send explicit content videos. If only people had cared enough back in 2015 to do something about Austin Jones, so many other girls may have never had him take advantage of them. Many made the comment that Damon had "callled it" two years ago. Unfortunately, this was true. It's sad that so many people care more about money than the safety of young teenage girls.

Despite the negative attention that has been brought to Damon for speaking out against the wrongdoings of online stars, he still continues to do so, and that's why I respect him and continue to follow him.

You won't find another person with a following that genuinely cares more than Damon. We can all learn from him that we should always speak out against things that are wrong. This means even if we receive negative attention from it. I know I'll always be able to count on Damon to give me the real, honest truth. Fizzy Family for Life!

P.S. Damon, if you ever run across this article, you still don't follow me back on twitter. My handle is @ariannahealy. 19 year old me today and 13 year old me from several years ago would be very pleased.

Caitlyn Morral
St Bonaventure University
1117
Wordpress
Odyssey recognizes that mental well-being is a huge component of physical wellness. Our mission this month is to bring about awareness & normality to conversations around mental health from our community. Let's recognize the common symptoms and encourage the help needed without judgement or prejudice. Life's a tough journey, we are here for you and want to hear from you.