Dak Prescott's Ankle Injury Is Not Only Physical

Dak Prescott's Ankle Injury Is More Than A Physical Wound

When I say "I hope Dak Prescott is okay," I mean mentally, too. 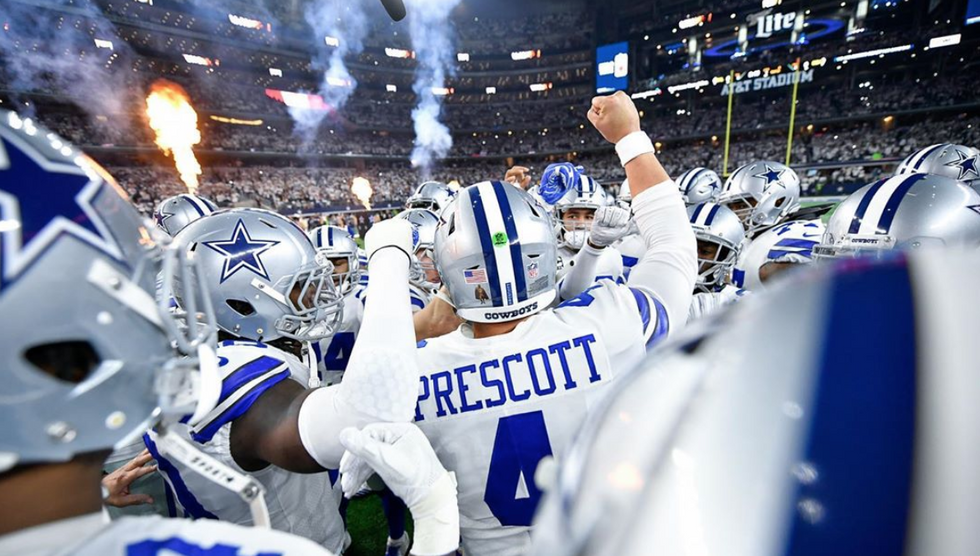 As Sunday football fans watched in horror, Dak Prescott had a heartbreaking ankle injury in the third quarter. Though there was no official diagnosis yet, it was evident his ankle was not taking the form it should be, and he was in a tremendous amount of pain. His teammates had heartbreak written all over their faces, and even former coach Jason Garrett came to his aid.

The game was stopped for some time — it took a while before they were even able to move Dak Prescott to a cart. Heartbreak was felt in the NFL on Sunday, and heartbreak was certainly in Dak Prescott.

Prescott has recently opened up about his struggles with mental health, after his brother took his own life in July, and he had spent time dealing with quarantine. Prescott confessed he dealt with depression and anxiety, not quite understanding what it was at first.

Prescott has faced many challenges throughout his life and was brave enough to speak up about mental health, which is still heavily stigmatized, as demonstrated by Skip Bayless. Bayless criticized Prescott for speaking about mental health, commenting "I don't have sympathy for him…look, he's the quarterback of America's team."

Hayden Hurst of Atlanta Falcons approached Prescott after their game in week two, thanking him for speaking on mental health, and expressed his disappointment towards Bayless. Other football players also showed their support and condemned Bayless' comments.

Prescott even showed up to Sunday's game sporting a mask that read #BreakTheStigma.

Later it was reported Dak suffered a compound fracture and dislocation of his right ankle, and he would be undergoing surgery. The surgery was successful, and Prescott is now recovering at home.

Though the physical injury is certainly very painful, there is no greater pain than having to deal with what this injury means for his career. Though many are certain he will be his usual resilient self, it certainly has to take a toll on his mental health. From family loss, to quarantine, to now surgery and the end of his season, this has to weigh on Dak Prescott.

I am staying optimistic for Dak Prescott, because, despite his injury, he shows he has faith and attempts to remain in good spirits. He has the support of his brother, teammates, and the NFL around him.