This isn't your normal kind of Christmas story. 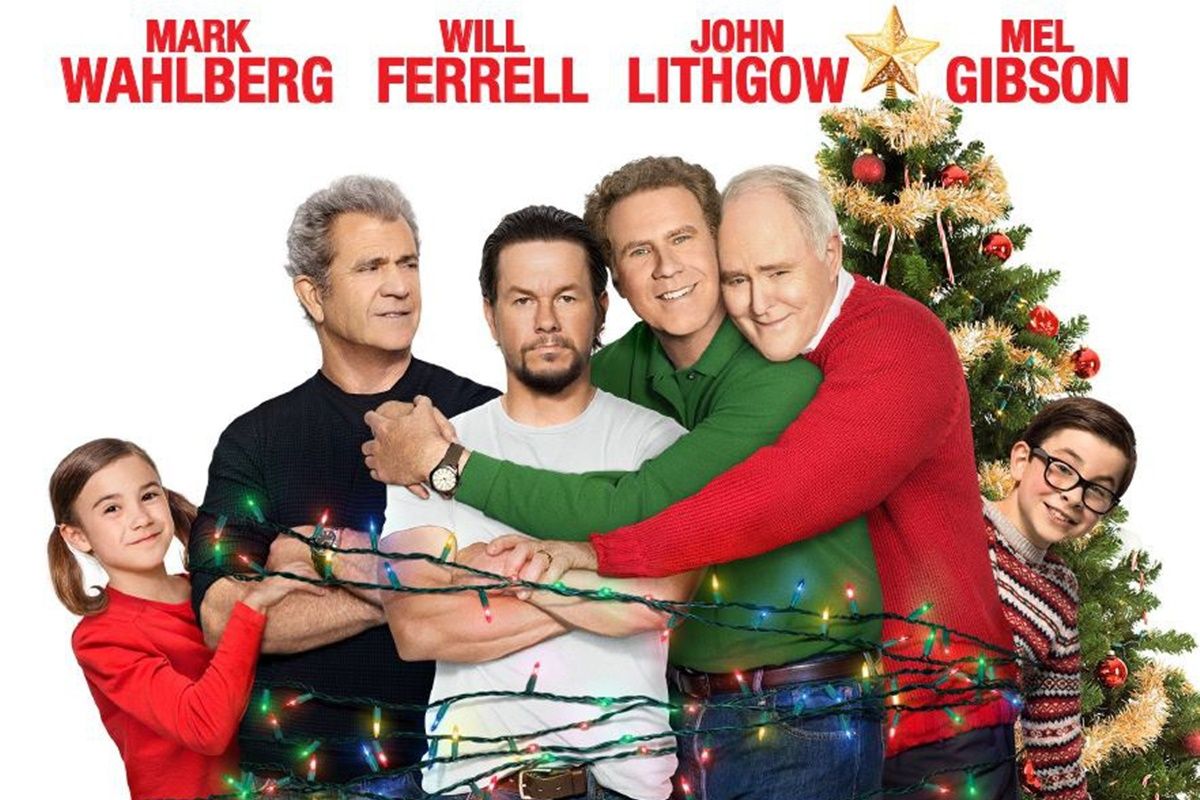 - A Short Recap Of The First Movie -

In the first movie Will Ferrell plays Brad Whitaker, a stepdad who is having a difficult time bonding with two new step kids. The daughter, Megan, dislikes him so much that she likes to draw morbid pictures of hi being killed or with homeless man poop on his head. Despite this, Brad still tries his best to be a great stepfather. The son, Dylan, is a little more open to Brad and comes to him with a bullying issue that he is having at school. Then out of nowhere, Megan has a huge change of heart and asks her new stepdad to go to the daddy daughter dance. Things are now going great for Brad - that is, until the phone rings.

On the other end of the phone is the kids biological dad, Dusty Mayron. Dusty, played by Mark Wahlberg, learns that his ex wife remarried months ago without him knowing so he decided to come in for a visit to meet the man who will be raising his children. Dusty doesn't like what he sees and tries to gain back his old life while Brad is intimidated by how cool Dusty is and is having a difficult time remaining the top dog of his household. The two butt heads when it comes to many issues and compete against each other for the affection/love and approval of the kids.

Its a pretty hilarious and cute movie with a great ending. Both dads come to an understanding and go to the daddy daughter dance. Dylan deals with his bully who happens to be a girl and there is a big dance off battle. Then Dusty ends up getting remarried and moves in just down the street. However supposed conflict arrives again when Dusty's new step daughter's biological dad comes to visit and his name is John Cena!

If you haven't seen it yet, I suggest watching it before the sequel. You can find it on dvd, bluray, and Netflix.

- Now The Reason Why You're Here -

The second movie starts around Christmas time.The school puts on a play/show with Christmas songs, and small speeches about what christmas means to the kids. When it is Megan's turn, she explains that she doesn't like christmas very much because she can't remember christmas with her dad since she was so young, then there were christmases with no dad, and after her stepdad joined the family he tried way to hard. And now she says that Christmas sucks because her and her brother have to go to different houses to have different christmases instead of having the traditional christmas that other families have where everyone is together.

This prompts Brad and Dusty to decide that they should have a together Christmas celebration including Dusty, his kids, sara, Brad, baby Griff, Dusty's new wife Karen, and Dusty's step daughter Adrianna which sounds like a great idea, but here comes the conflict. The phone rings and its Dusty's dad Kurt who announces that he will be there tomorrow. And by coincidence, Brad's dad will also be there tomorrow. So now at the airport, we see Dusty's dad who is as cool and intimidating as he was in the first movie. Kurt, played by Mel Gibson, even comes down the escalator to the same song Dusty did in the first movie. In a stark contrast, Brad's dad is overly friendly and a little on the goofy side. From the start Kurt is very disapproving of the co-dad relationship that Brad and his son have going on which causes a lot of conflict to the family's christmas. He also books an airbnb vacation house, a cozy cabin with voice activation features which makes the place feel both past and future at the same time, without asking the rest of the family. And once there, problem after problem occurs.

This isn't your normal kind of Christmas story. There is arguing and fighting until almost the very end. However it is still a comedy so you do have some very funny moments as well, such as when Megan and Adrianna are drunk off of adult eggnog at a living nativity scene that the family are apart of, or when Brad accidentally cuts down a cell phone tower while cutting down a christmas tree and almost dies again. There is also an equally shocking improv comedy performance. Despite all the family issues, I promise that this movie has a great and satisfying ending as if by some sort of Christmas miracle. Its as funny and great as the first movie if not better in my honest opinion. Its well worth checking out, but if you do, be warned that its not for everyone because of language, violence, drinking/alcohol, shoplifting/stealing/theft, and pro/con gun ownership conflicts which may be a touchy subject to some people. The very ending also sets up for a possible third movie which I welcome.