A Brighter Day In Night City: Where I Stand Now With 'Cyberpunk 2077' After Patch 1.23
Odyssey 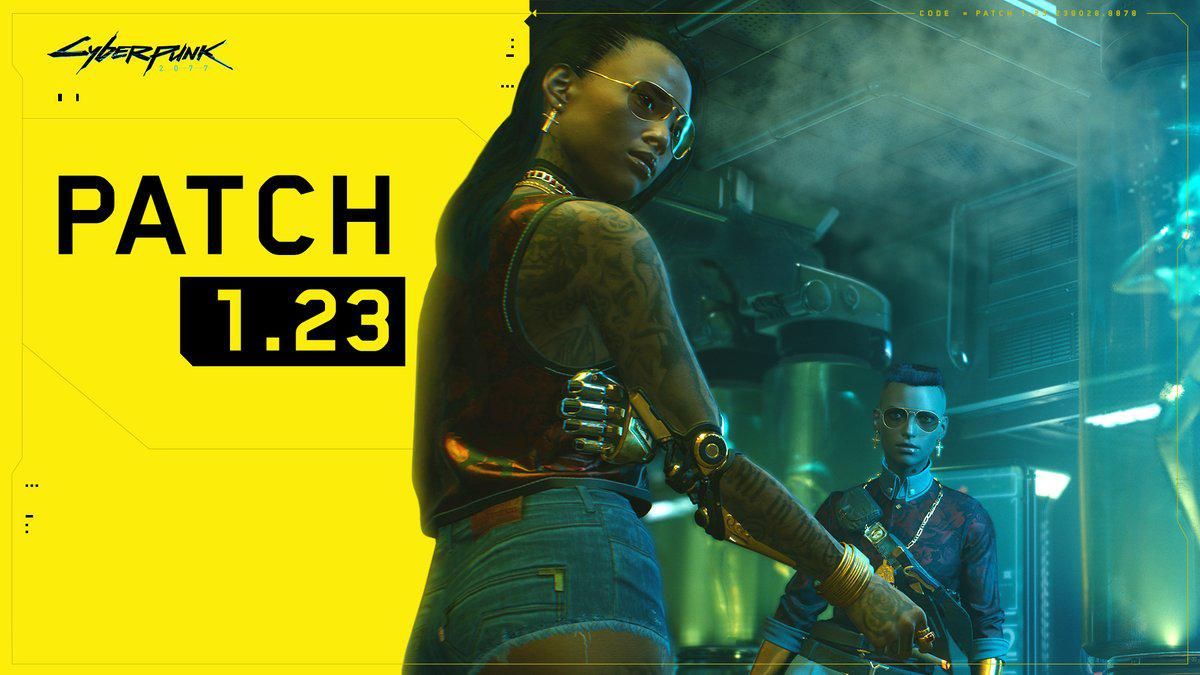 "Cyberpunk" and CD Projekt Red deserve both our criticism and appreciation.

I remembered the day that I preordered "Cyberpunk 2077": It was mid-October of last year, and I began watching more and more of the press coverage surrounding the game and its upcoming launch. I was astonished by the graphics and the fusion of a science fiction driven story and Grand-Theft-Auto-esque gameplay. Being a longtime consumer of science fiction, cyberpunk, and biopunk shows, movies, video games—what have you—I found myself increasingly excited for the release of what I assumed would be a precedent in science fiction/cyberpunk games; a new and expansive magnum opus for the Polish developers CD Projekt Red and one for a genre of video games, books, shows, and more that underperforms and underwhelms time and time again.

"Cyberpunk 2077" was supposed to blow us out of the water with its grimy streamlined aesthetic and its amazing performance on both console and PC. However, "Cyberpunk's" release more or less imploded on it self once it hit both Sony Interactive Entertainment (SIE) and Microsoft digital stores for old-gen consoles like the Playstation 4 and the Xbox One. This descended upon one of the darkest nights for the citizens of Night City, CD Projekt Red, and gamers such as myself.

From an appreciative standpoint, "Cyberpunk 2077" hits all the necessary points for a role-playing (RPG) cyberpunk/science fiction video game: the immersion into a dystopian landscape, the dirty and yet paradoxically pristine environments of humanity dealing with the new norm of cybernetic body modifications, and the nuanced layers of the human condition in crime and corporate control do exactly what was promised. They create a type of immersion that is seen little in other video games—and even other media—of this calibre.

For that, "Cyberpunk" and CD Projekt Red deserve praise for the eight years "Cyberpunk's" story spent in development and the attention to a cohesive focus overall.

Game mechanics too, such as the weapons, apparel, and cyberware modifications available to player characters, offer a well-rounded element that keeps the game from feeling too restrictive since they allow players to customize and arm characters with what truly speaks to them. That is if you truly want to stick to the three life-paths of Corpo, Streetkid, or Nomad. Selling items and purchasing gear bears a resemblance to "The Witcher III: Wild Hunt," and the in-game economy is not too bad; although, prices in-game were much higher upon debut than they are now for players, and it's now a little easier to made some eddies (in-game currency) and spend it on the items needed.

Correspondingly to the game's economy, "Cyberpunk's" system of completing mission and rewards was disproportionate to say the very least—one of the qualities I found most challenging about the game alongside the creation of the user interfaces (UI) such as the player inventory and skill tree. The economy was not balanced to begin with with most of the main story mission paying you pennies compared to their difficulty. Cyberware cost a fortune to begin with, and many of the vehicle in-game also cost more than most players will see in the game itself. At least now the game economy is reasonable. Furthermore—aside from the virtual economy—Navigating to select weapons, spend skill points, or even outfit your character was a mission in every sense of the word; the player interfaces were torpid and slow, crammed alongside the multitude of menus for different aspects (crafting, skills, objectives, et cetera) similar to that of "The Witcher." In making sure that the game not only ran smoothly, CD Projekt Red could've embarked away from the jumbled inventory and interface style that is present in their older titles since those games experience the same overwhelming sense of clutter and unnecessary design that even slows the game down in certain instances. The skill tree, too, feels unnecessary at times as certain normal qualities about video games, such as aspects dealing with using certain weapons or purchasing certain items, are revoked unless certain skills are leveled up.

CD Projekt Red is not going to step away from these design flaw in any of their games, but it wouldn't hurt to try something new in the future. in the end, "Cyberpunk" is nowhere near perfect—especially when discussing its performance.

Since the early patches and now Patch 1.23, "Cyberpunk" is running at its best!

Patch 1.23, released June 17, offered a number of fixes to "Cyberpunk's" performance, quests, in-game glitches, exploits, and world mechanics. Night City is less buggy with frame-rates stabilizing even in the heart of the game's map—areas which would cost effort to even drive into without having the game crash on a PS4 Slim let alone a first-generation PS4 or Xbox One. The artificial intelligence (AI) of the citizens, drivers, and enemies seem more realistic, and this sets my mind at ease since many of the times I died in the game were a result of drivers seemingly running me over without a care in the world. Nonchalant hit-and-runs and extreme road rage were a staple in "Cyberpunk's" infancy.

Moreover, there are less glitches in the game, and I haven't experienced a crash in my game since the first few patches of the game back in February and March. Although, those were times where I played the game a lot less. Now Cyberpunk is keeping to a steady 30 - 40 frames per second with the only blips in motion happening during the auto-saves—a quality I experience in many huge, open-world RPGs due to their massive size and memory requirements.

While this is all hopeful for the continuation of "Cyberpunk 2077" into the future, added by the fact that it is now available digitally on the Playstation Store after SIE removed the game, I would still recommend only purchasing "Cyberpunk 2077" for players with a pro-version of the consoles, PC players, and players with next-gen consoles since the overall immersion and fluidity of the game is much better than those on old-gen consoles. CD Projekt Red will receive this criticism with all their games as many of the AAA titles received similar complains, but if a game is not running at peak efficiency, delay it again. Development for "Cyberpunk" was delated numerous times, and much of CD Projekt Red's tumult would've been avoided had they tested the game's performance on older consoles. Still, they've made marked improvements on what was considered initially an ill-performing RPG.

A brighter day dawns on Night City, if only by so much.

As a gamer, here's how I feel playing "Cyberpunk" on an older console. First off, the game was playable from the beginning. Was it a rough ride? Of course it was! It wasn't the best performing game of 2020, but it certainly was fun. I might have even taken advantage of some in-game exploits, but the game wasn't unplayable on at least my PS4 Slim. On other accounts, the game would cause players' first-generations PS4s and Xbox Ones to crash completely or overheat—and I understood the frustration that came from buying a game that underperformed greatly. With that, I am conformable saying now that "Cyberpunk" runs good enough to fully enjoy without dealing with too many glitches and broken game mechanics; nonetheless—as many players will understand—RPGs are often fraught with a multitude of glitches, exploits, and issues that are eventually patched out or stay permanently as "in-game features."

Skyrim, for example, still has some of its most iconic glitches for leveling up certain skill tress or clipping into the ground to discovered hidden chest filled with money and items that were never patched in its almost 10 years since release. Skyrim also is one of my favorite video games to date since those rough qualities make it feel more interesting and nuanced overall. "Cyberpunk" bears some of the same qualities, and it's a great game given its controversial release and issues. As a PS4 player currently, the game is very much playable and enjoyable given that CD Projekt Red continues with ample patches and stability updates from now into the future. I'll continue my adventures as the Streetkid 'V" as the game continues to become more and more polished, and hopefully I won't ever have to deal with flatlining via NPC road rage on the streets of Night City.

Only time will tell though!