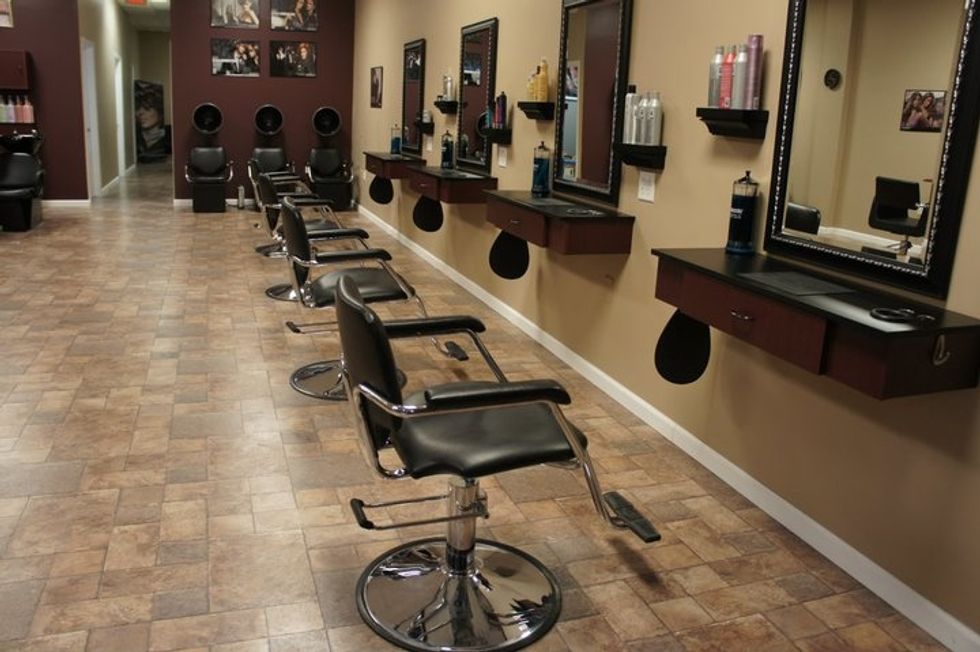 Most Dominican women prefer long, straight glamourous hair instead of their natural curly hair. Frizzy hair is historically perceived as "pelo malo" and many Dominican's feel the necessity to straighten it.

Do you fit traditional beauty standards?

Now, pretend you're a Dominican woman living in America. You're told your whole life that having straight hair is the only way you look presentable--it's what carries you as a woman. The salon is where you feel at home, connected to your culture, distinguished from being "Black" and most importantly, confident. Do you go every week? 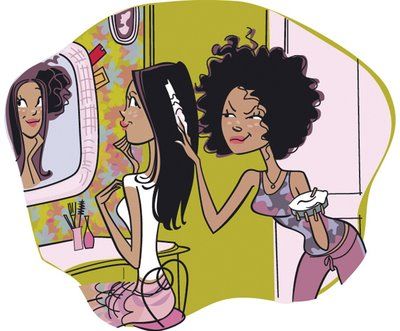 Standards of beauty are influenced by race, class, geographic locations, culture etc. According to Ginetta Candelario, (2019) a sociology professor at Duke University, female bodies feel particularly vulnerable to meet beauty standards--especially when they're being racialized. During the times of colonial Spain, the appearance of African-origin bodies were denounced as "ugly," but at the same time they've also been classified as hypersexual beings (Candelario, 2019). Spainards used their lighter skin tone and straight hair to intimidate others who had kinky curls and darker skin. As Domincins descend from various ethnic backgrounds, including African, Dominican culture has strived to differentiate themselves from their Hatian neighbors, by striving to be "los blancos de la tierra," or the "white of the land" (Candelario, 2019). In fact, most Dominicans do not identify as Black, in a predominantly Black country, despite their clear African heritage. This process is called "blanqueamiento," or "whitening." This is also reflected in their governmental practices since most of those in economic and political power have light skin. Further, as hair is an essential to female beauty practices, it's also an indicator of race. So, what do Dominicans do with their afro-like curls? They alter it. They style it. They change themselves in order to fit into their ideal standards of beauty.

What are these Dominian beauty standards exactly? Essentially, you're taught at a young age that having straight hair is the key to success. A Dominican women is expected to go to the salon every weekend. She'll spend the extra money, use up her valuable time and sometimes feel pain when the hairdresser accidentally burns her scalp. However, these are the benefits: she'll get a boyfriend, that job she's always wanted, and she'll look prettier--at least that's what she's been raised to believe. In the Dominican Republic, a woman can even be denied access to a public space if her hair did not look the "preferred way". This discrimination isn't as common in the U.S, however, many Dominican-American women feel the same pressure to meet these culture expectations. (Candelario, 2019).

Though beauty standards vary from culture to culture, pop culture in America often defines beauty expectations. Celebrities like Khloe Kardashian, Angelina Jolie, and Brittney Spears have all been accused of photoshopping their appearances in images they present to the public. Let's not forget that most fashion models are conventionally thin, have straight hair and light skin. These standards ultimately dictate what society finds attractive although they're unattainable ideals. These expectations may be even more difficult for ethnic minority groups living in the U.S as they'll never have the fair skin or lean figure that a majority of famous people have. We try to replicate the beautiful people on TV with products or procedures in the hopes of looking like the classic American beauty, but that does not help self-esteem and how one respects themselves as a person. According to the Dove Global Beauty and Confidence Report (2018), low self-esteem and poor body image is charged by media representation. Additionally, having low self-esteem directly influences an individual's perception of their self-worth, their behaviors and attitudes, and can lead to more negative thinking (Canadian Mental Health, 2015). Similarly, Tiggerman (2013) reports that the more time women spent on social media, the more likely they were to compare themselves and feel bad about their appearance. Therefore, it's not uncommon for women to feel pressured to look like famous people, but as a result, decreased feelings of self-worth are a high risk. Contrary to traditional Western beliefs, maybe if society realizes that these beauty standards aren't achievable, individuals will be better able to embrace their flaws and be more accepting of themselves and others who fit outside Western beauty beliefs. Especially, in a multicultural country like the U.S, it's impossible for everyone to fit this model of beauty.

So, let's tie this all together. Having well-known people to identify with in the media can help ethnic minority groups in the U.S feel represented, resilient, and possibly improve confidence in one's own skin (Harvard Health, 2016). These are all factors that improve self-esteem and general well-being by mediating anxiety and stress levels (Psychology Today, 2014). Personally, as an Dominican-American women, I have spent my entire life feeling insecure about my natural hair. My hair is curly and frizzy and it was very normal to me to spend my weekends at the salon with my mom. I would cry hysterically and beg her to take me. If she denied my request, I would grab my own straightening iron and do it myself until eventually, I damaged my ends so badly that I had to trim most of it off. It's crazy how important my hair was and is to me. Little did I know I was "whitening" myself to fit my culture's beauty expectations. To this day, my family will still ask me why my hair isn't straight for big events and say my hair is "pelo malo" when I leave it natural. Still, the salon is like a second home to me. It's a place where Dominicans go to interact and feel connected to their heritage. Perhaps if we all begin to love our unique differences, we will find confidence in our appearances and have better self-esteem. How do you feel about culture standards of beauty?