The pleasantness of fandom in everyday life. 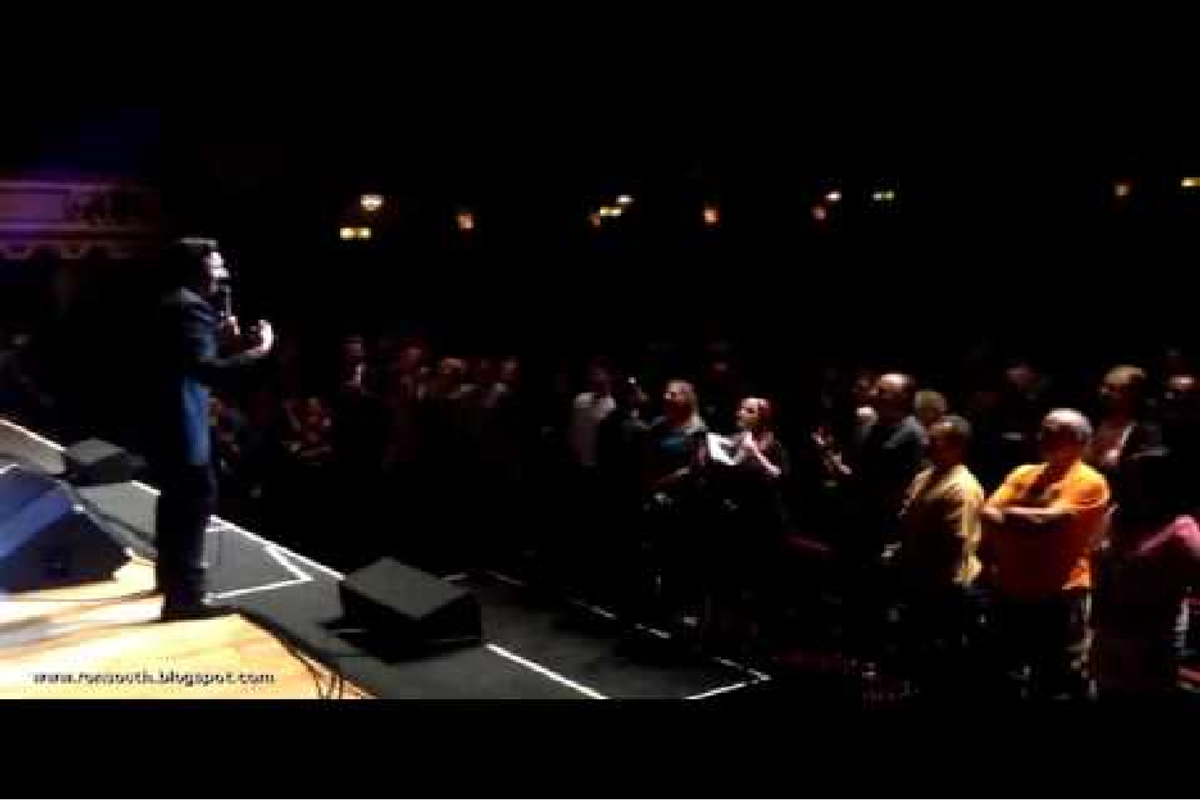 You walk into a room filled with people.

Everyone is chattering and you’re not exactly sure how to break in.

Eventually, you find yourself skirting a conversation. You’re kind of grasping for topics, but it’s not awful. In fact, you might say that the conversation is going well for cocktail smalltalk.

Then someone in the conversation drops an odd reference—a reference that you understand.

In that moment, your conversation just got infinitely better.

Not only do you have something to talk about, you have someone to talk to who enjoys and appreciates something that you don’t usually get to discuss. You’re suddenly all the more comfortable in an unfamiliar space.

The subject that gets me every time is the Eels.

The Eels aren’t a terribly obscure band. I would bet that you’ve encountered th music of frontman E and his merry bunch, at some point or other. They tend to hide in plain sight: mainstream movies with good soundtracks. So if you’ve seen the first three Shrek films, Yes Man, Holes, American Beauty, or Hellboy II, you’ve heard their music.

However, it’s rare that I actually meet someone who knows and listens to them.When I do, though, I feel a great warmth towards that person. It says: “You know and understand this small part of me that I express so rarely. Thank you so much!”

The Eels aren’t the only underground fandom, hiding in plain sight. Hearthstone, for one, though widely popular, is a hobby that no one knows you have unless you make it clear to someone else. Unless one takes that step, the only people in one that knowledge are you and your computer. A Hearthstone connection only happens when all parties openly express their nerddom and make an effort to connect through it.

These fan experiences can also include some friendly “us-versus-them” thinking, like if you move to a new city and support the teams from your hometown. This gives your new neighbors plenty of fodder for incessant ribbing, and a feeling of sanctuary when you run into someone else who roots for the boys back home.

Though not as overt in other fandoms, that public-yet-private connection is a tremendous feeling for assorted nerds the world over. Though conventions, concerts, sporting arenas, comic book stores, and the like are physical sanctuaries in which many fans can gather, the small, intimate connections made in non-fan specific settings feel all the more thrilling. It’s a pleasant surprise, a happy accident or, as E phrased it: “ice water, flyswatter” that’s “gonna get you through the day.” These encounters serve as reminders that, even in your everyday life, you’re not alone in your fandom.

There are other people just as dorky as you.
Report this Content
This article has not been reviewed by Odyssey HQ and solely reflects the ideas and opinions of the creator.

Caitlin Marie Grimes
University of South Florida
9489
Beyond The States