A Critical Analysis of Henrik Ibsen's play "A Doll's House" 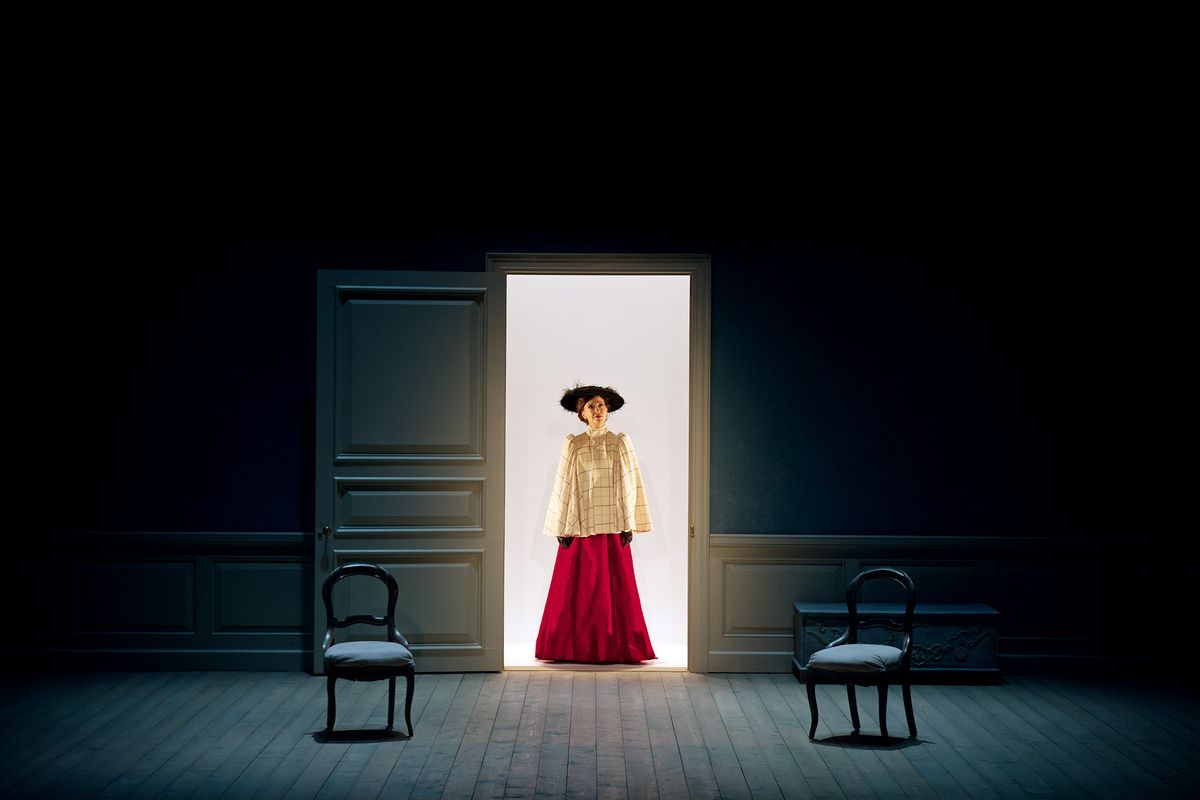 Publius Ovid Naso once said, “first appearance can deceive many,” and that couldn’t be more true for Nora Helmer.

To satisfy her husband Torvald, Nora gave the impression that she was a beautiful child that lived off every word Torvald expressed to her. Little does anyone know, she is a truly independent young woman who is a hard worker and will do anything to keep her family together. In Ibsen’s A Doll’s House, the author uses symbolism in order to emphasize the unreliability of appearances.

The use of symbolism is first brought to the attention of the audience when Nora shows Torvald the dolls she had bought for her daughter. It was important to note that Nora’s deceptive father used to call her his “doll child,” (Act III, 114).

She was taught to be a doll that spoke and danced when instructed to. This was the life that she was accustomed to, and didn’t see it as abnormal being a Victorian daughter and wife.

Nora’s father, wanting to be viewed as a good and loving father, believed he was doing what was right for his daughter by teaching her the ideals of a Victorian woman. Nora, wanting to be seen as a good mother to her children, believed it was fair to teach her daughter the same principles her father impressed upon her.

When Nora took a look at the doll she mentions that they were cheap and insignificant because Emmy will probably break them anyway, “and here are a doll and a cradle for Emmy. They’re only common, but she’ll soon pull them all to pieces,” (Act I, 5). When Nora mentions this, it suggested that she was raising her daughter to have a life much similar to her own.

By introducing her to the concept of doll and carriage at an early age. It is apparent in this moment of the text, that Nora is cultivating the same gendered behavior in her child that plagued her own childhood and still haunts her as a woman and wife.

When Nora played with the children she always referred them as “[her] sweet little dolly,” (Act I, 32). From her use of the word “dolly,” she is implicitly reinforcing the common ideal, that being a plaything that is beautiful to look at is not only a normal experience but an expectation for women in Victorian society.

Due to her early exposure to these oppressive behaviors, Nora is naturally compliant to societal expectations and begins to mold her daughter into the domestic roles of a woman and wife, simply in attempts to mirror her father’s teachings.

Comparable to the ornate appearance of the doll, a Christmas tree is a decorative item that symbolizes the beauty of Christmas and adds charm to a household, much like our heroine Nora.

The audience is meant to see these connections at certain points throughout the play, for instance, Nora tells Ellen “the children mustn’t see it before this evening when it’s lighted up,” (Act I, 2). Although on the surface, it appears that Nora simply wanted to maintain her children’s wonder for Christmas, when examined in relation to the deceitfulness of appearances, it is clear this moment means a great deal more.

It is significant to notice how Nora did not allow the children to view the tree in its natural state but rather wanted to surprise them once the tree was fully lit, and therefore a more exciting, beautiful, and desirable object.

Seemingly unrelated, Nora held these sentiments for her marriage and desires to be seen as the polished and beautiful trophy wife Torvald so wanted her to be.

“The Christmas tree shall be beautiful. I will do everything to please you, Torvald; I’ll sing and dance,” (Act I, 43).

As both a mother and wife, Nora tried her hardest to make the Christmas tree look beautiful while also aiming to please Torvald. She toils at the tree’s perfection, in efforts to make her husband appreciate its beauty.

Hoping Torvald would appreciate Nora as he illustrated his appreciation for the Christmas tree, Nora puts this same energy into her self-image as she attempts to surprise Torvald with her gown. She instructed Torvald that he was “not to see [the dress] until the evening,” (Act I, 5) just as she had the children with the Christmas tree.

This pattern in Nora’s behavior reveals her obsession with continuing the facade of being the perfect wife in efforts to please others and conform to societal expectations of the woman.

Throughout Act I, Nora fears of losing her attractiveness as she recognizes that Torvald’s affection, is based largely on her appearance, and she knows that when her looks fade, it is likely that Torvald’s interest in her would fade along with them.

She laments “Torvald is not so much in love with me as he is now; when it doesn’t amuse him any longer to see me skipping about, and dressing up and acting. Then it might do well to have something to reserve,” (Act I, 21).

It is this realization that allows the reader to understand Nora as more than the domestic roles she plays, but an insightful, intelligent, and manipulative woman, that has a sense of the true nature of her marriage, and if only in a small way, an awareness of the troubling reality of her existence.

Up into this point of the text, Nora has had to conceal her true identity from the rest of the world. However, as the text progresses, the protagonist begins to reveal herself as a willing and independent woman as she danced the tarantella dance that symbolizes her free spirit.

Torvald notices how the dance changes Nora’s personality as he exclaims “when I watched you swaying and whirling in the tarantella – my blood boiled – I could endure it no longer, and that’s why I made you come home with me so early,” (Act III, 99). This passionate dance allows Nora to drop this faςade that she has created for her husband and have a moment to tap into her fiery self.

This dance was supposed to be a way for her to express herself, but she still uses it to satisfy her husband and make him desire her more, however, this is only under controlled circumstances.

Torvald seems to enjoy how much Nora’s dance pleases other people more so than acknowledging his own adoration of his wife, observing how “she made a great success, and that’s the main thing. Ought I to let her stop after that - to weaken the impression?” (Act III, 95). From his emphasis on the fame, dancing has gained Nora rather than her enjoyment of it.

Torvald holds to the oppressive nature of the Victorian male as he continues to see his wife as nothing more than an object, ignoring her cry to be free.

This dance symbolizes the true nature of Nora Helmer and Torvald's marriage as Nora longs to break free, and her husband still fails to see this part of her. Even when she was dancing for him before he read Krogstad’s letter, she mentioned she was “dancing as if it were a matter of life and death,” (Act II, 82). He recognized that there was something more to that dance, but failed to realize her cry for freedom.

The characters, especially Nora, deceived one another by displaying a side of themselves that was anything but genuine through the use of symbolism. To satisfy the people around her, Nora gives the impression that she is a silly, weak-willed woman that could live off her husband’s middle-class status to satisfy her own materialistic views.

However, by the end of the play, the audience learns that she is actually an intelligent, motivated, and a strong-willed independent thinker.

Torvald lead us to believe that he was instead the strong and independent man, but revealed himself to be a cowardly, petty, and selfish man when he feared of Krogstad’s threat to expose Nora.

When Nora came to the realization of the true nature of her marriage, she made up in her mind that she deserved a better life than what Torvald was providing for her. She innovated the strong, independent woman that is capable of taking care of herself in the Victorian society and influenced the strong woman of this modern age.