I Got My Period The Night Trump Became Our President. Great.

I Got My Period The Night Trump Became Our President. Great.

The fear the implication of estrogen might be what deters me from the path I want to walk down. 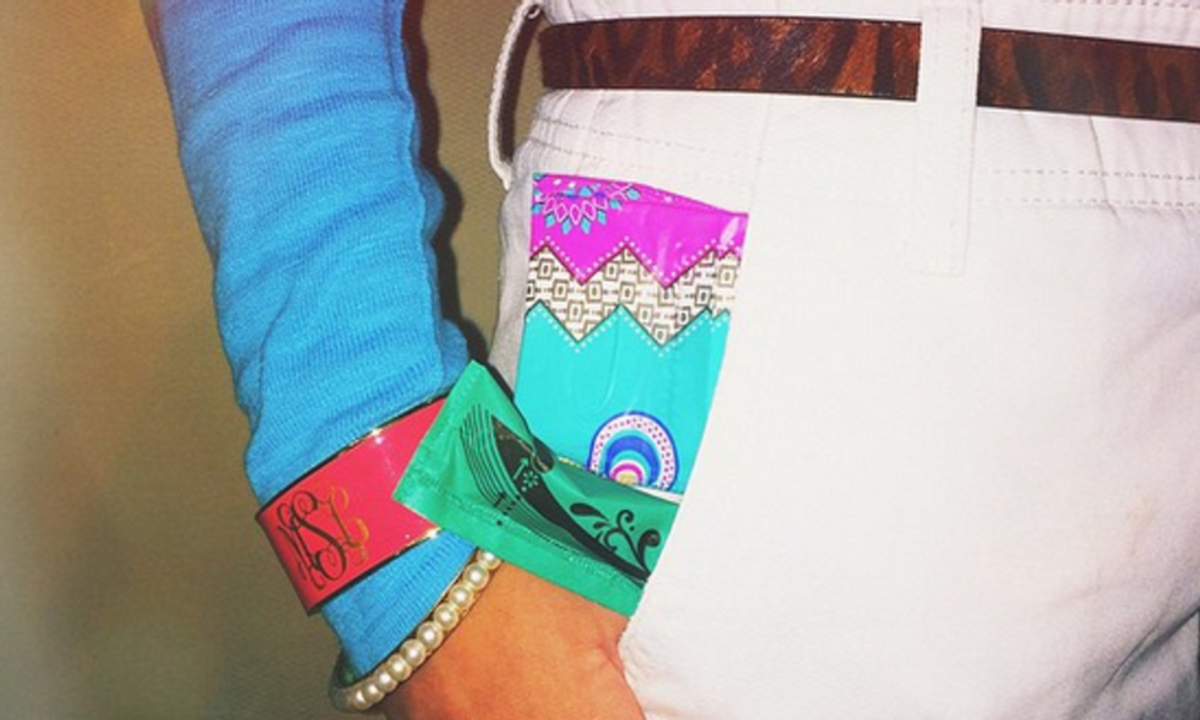 I walked home to my apartment at 3 a.m. after a night of covering the election. Nervous, I walked to my door with my key in hand, hoping there weren’t any lingering people, more specifically, men, standing by and watching me while I was by myself in the dark. A natural thought.

I threw my stuff down inside and went to the bathroom. I sat down on the toilet, exhausted and mentally drained, and saw a stream of blood.

I saw that stream of blood and I cried.

I cried because it reminded me of everything I had lost that night and the eerie reminder that as a woman, it seems I will never be good enough. This implication of a uterus and estrogen could be what deters me from the path I want to walk down.

I cried because I am a woman.

As I changed a tampon, an activity that we as women don’t ever talk about publicly, my feelings caught up with me. The changing of a tampon is an incredibly personal and intimate thing that anyone can attest to-- women don’t talk about it and men don’t want to hear about it. Yet, the United States has still elected a man that brags about grabbing women in that same area.

If this sounds too graphic for you, I’m sorry, but move on. If this sounds like too much for you, then it might be because you were willing to elect a president that does not care about protecting these intimate decisions for you.

We feel afraid to talk about the personal and intimate aspects of being a woman in fear of overstepping societal boundaries. Of, perhaps, being called a “nasty woman.” We deal with these intimacies on a daily basis and they influence a large part of our lives. But it is those very same personal aspects and features of our bodies that become sexualized and discussed when our own president-elect brags about just grabbing them right there.

We are left hanging: lost, confused, and ashamed. We are left crying on toilets thinking about how the very presence of a uterus can change a future, just as it demolished the dreams of a hopeful female presidential candidate.

I cried because even though I am a woman, there are so many other groups that are marginalized. Because the pain that I am feeling is only amplified by so many others. I cannot even begin to imagine the pain and hurt that those who aren't a privileged, straight, white woman are facing. My heart goes out to you.

Though I am discouraged by the outcome of the election, I try to remember the words Clinton preached in her concession speech.

“And to all the women, and especially the young women, who put their faith in this campaign and in me: I want you to know that nothing has made me prouder than to be your champion.

Now, I know we have still not shattered that highest and hardest glass ceiling, but some day someone will—and hopefully sooner than we might think right now.

And to all of the little girls who are watching this, never doubt that you are valuable and powerful and deserving of every chance and opportunity in the world to pursue and achieve your own dreams.”

We are sad and we are grieving, but we will fight back.