She can sense something in the forest. 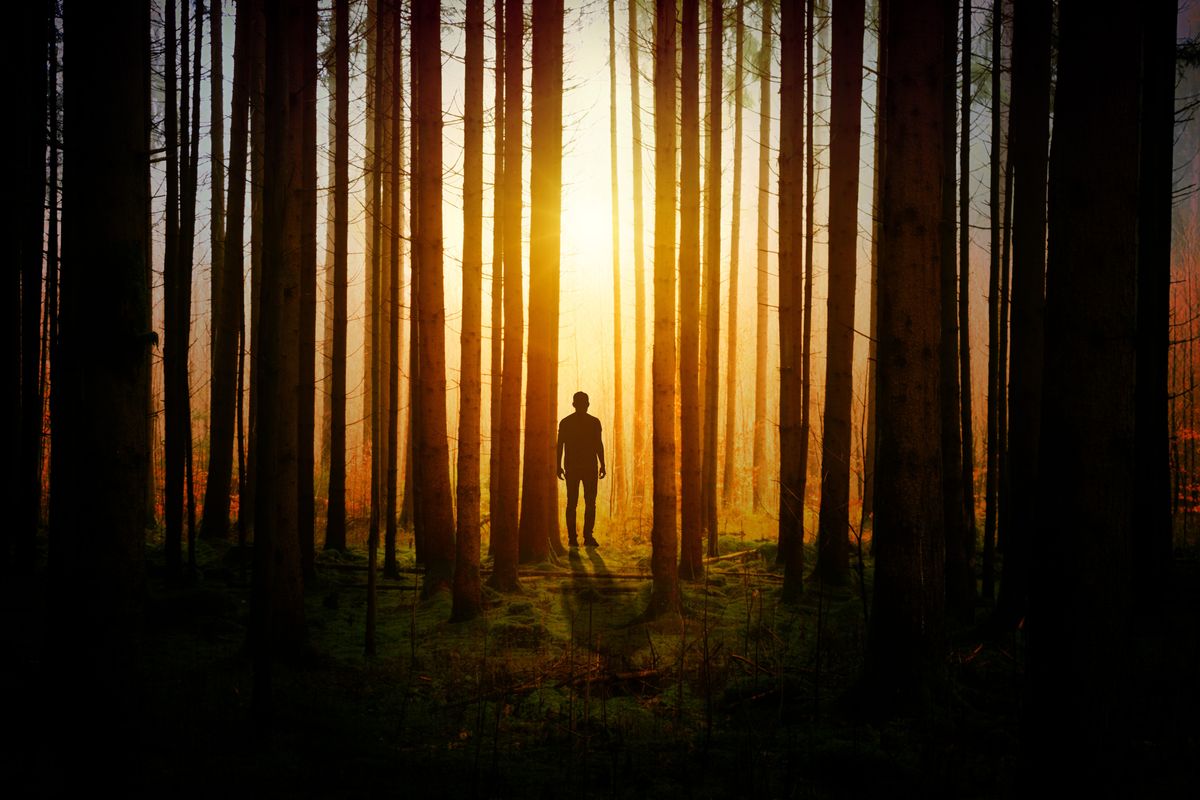 “Okay, Mr. Dramatic.” Amya ignored the fact that she has seen those eyes just hours before in her dream. She turned and took a few more steps down the path.

“Don’t say I didn’t warn you.” Came his warm voice.

Amya turned back around, “Victim how?”

The boy stood, stuffing his sketch pad and pencil into a satchel Amya hadn’t seen on him before. “You know how. I’m dead, you know I’m dead and the fact that you aren’t freaking out tells me you do this kind of thing quite often.”

“Dreams are a little more complicated to navigate, I’m not as strong as it. It’s done this longer and can do more in dreams than I can.”

“What does that mean?” She may as well get all she could out of this spirit, find out if he means well or not.

“I have no ill intentions.” He stated, obviously he could read her thoughts “The woman in that house, Laura, she was my cousin. We were close.”

Amya stood quietly as the boy stared back at the house, back where Laura would be doing the morning dishes. There was a sadness in those swirling eyes. She didn’t want to interrupt his moment.

Regret shown on his handsome face. He reminded Amya of Remy. Same blue eyes and dark hair. Same beautifully shaped face. She could see the resemblance.

“People used to think Laura and I were twins. We would pretend when we were younger.” He said to no one in particular.

“Laura is a good mother, and Remy is a good sister. My dad is here. I don’t want anything to happen to them.” Amya worried.

“From what I can see your dad has a strong spirit, he will probably be the last. It likes to wear them down; the girl will go first it will keep on with the nightmares until she doesn’t want to sleep then she will go crazy from sleep deprivation.” He explained.

“That girl is Remy, Laura’s daughter. If what you say is true then that is your cousin as well.” Amya felt protective of Remy, but the more she heard, the more she was afraid she wouldn’t be able to save her.

He smiled lightly, “She named her daughter after me.”

“Your name is Remington?”

He shook his head, “I’d shake your hand, but you know…”

“I’m Amya, my mother could see spirits. She died a few years ago and my dad remarried, Laura.” She explained to him. “My mom was strong, she could have protected us.”

“Well let’s hope there is enough of her in you. Otherwise you will be stuck here with me.” Remington said solemnly.

Amya didn’t know what to say. It was a lot of information, but very little at the same time. He seemed like he was trying to help, but she would have to confirm what he said. Laura had never mentioned a cousin, or naming Remy after him.

“Okay, so you’ve convinced me, for now, not to go any further.” Amya told him.

“Then that’s good enough, for now.” He smiled and Amya felt her cheeks flush.

“Oh, you and her, Remy,” He dug through his bag and pulled out the sketchbook. “From last night, when you were standing on the back porch.”

“I knew I felt someone watching.” She looked at the sketch he presented. It was lovely pencil drawing of the back of the house and the gardens and the two lone figures with the light from the house shining behind them.

“This is beautiful.” She murmured.

“Sure,” he pulled the drawing free of the binding and held it out to her.

Amya took the paper. The ghosts drawing was tangible, she could feel it in her hands. “How?”

“Because you are different. You have a connection to both sides therefore, it can be solid.” He told her. “You should go, I can feel it getting curious, it won’t stay back for long.”

Amya obeyed, walking out of the trail and back to the house. When she looked back, he was there, watching her walk to safety.

Inside she got to work, tacking the drawing up by her desk and looking through her boxes for her candles, or her mother’s candles that she couldn’t let go of, St. Gabriel for the messenger, St. Raphael for a safe journey, and St. Jude for desperate situations.

She would pray to the Saints tonight for guidance and safety and hope her mother would listen as well. Amya was sure she was in over her head this time. If Remington was right, she would need all the help she could get, because there was no convincing Laura and Jason to leave this house.

That night, she and Remy both dreamed again.