Her new home is a nightmare. 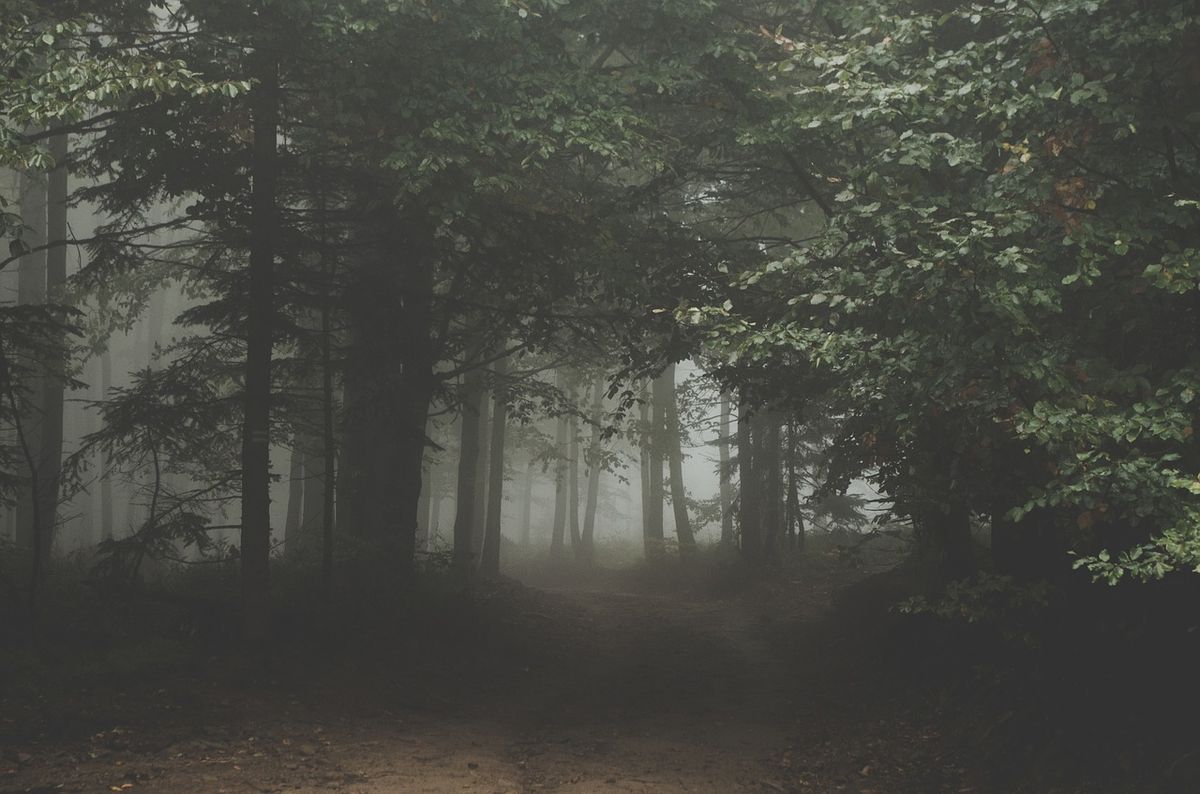 Once everything was settled and the car was unpacked, dinner on the way, Amya stood at the steps of the back porch, staring, feeling something at the edge of the woods, watching them, maybe waiting. Suddenly there was a familiar presence beside her.

“Yeah, I know how you feel.” Amya agreed.

“There is a bedroom next to mine, jack-and-jill bathroom. What do you say?”

Amya nodded her head looking up at Remi in understanding. She felt uneasy as well. It was the first time they’d had an understanding. After dinner, much to everyone’s surprise, Remi announce that Jason should move Amya’s things into the room joining hers.

She didn’t bother unpacking that night, sure they wouldn’t stay long.

Amya dreamed about him that first night. Standing at the edge of the woods, watching the house with eyes that swirled like the sky and the ocean. His dark figure was that of a human that had no edges, they faded to nothing. He looked at her, standing on the porch where she had been when Remi offered her the room, she thought she saw worry in his eyes. He reached for her…

She was woken by a horrendous scream. By instinct, she threw the covers off, jumping over the end of her bed and through the bathroom doors to the adjoined room. Remi thrashed and screamed, a frightening sound Amya had never heard before. She didn’t know what to do, so she jumped on top of Remi and fought to grab her arms.

“Dad!” She screamed as the back of Remi’s hand connected with Amya’s jaw. She gasped, but she never let go, “Remi it’s me, it’s Amya, wake up, Remi it’s just a nightmare.”

Jason and Laura burst through the door. Laura stood, panicked, hands drawn over the mouth to hide her fright. Jason didn’t hesitate, he was used to Amya’s nightmares. He scooped Remi in his arms, holding her arms down so she wouldn’t hurt herself and whispering Spanish prayers into her ear. It had been Francesca’s trick to calm Amya from her nightmares.

It worked, Remi’s calmed under Jason’s arms, her screams turning into deep breathes then sobs. Her body racked with sobs as Jason slowly released her.

Laura ran to her side, “What happened baby, was is a nightmare?”

Without thinking Amya spoke. “It picked its next victim.”

Laura gasped and Jason glared at his daughter, “Amya, we really don’t need this right now, if you can’t leave that stuff in your imagination then you should leave the room.”

Amya couldn’t believe her father. She couldn’t turn this off and it wasn’t her imagination. He knew this but forced her to make the choice. She turned away and started back to her room.

“Mom, I want her to stay.” She moved out of her mother and Jason’s embrace and motioned for Amya to come closer. “I’m okay now, Mom, Jason, I’ll be fine I just want to try to get back to sleep.”

Amya climbed back into the bed, Remi pulling her into a hug that had Amya, their mother and father confused.

“I just want to talk to her for a minute. You guys can go back to bed.” When they hesitated, “I promise I’m okay.”

Reluctantly, they inched out, closing the door, the only light came from the bathroom, leaving it just bright enough to be eerie. Remi held her tighter for just a moment.

“It wasn’t me, dad was whispering a Spanish prayer. It was the only way my mother could wake me from a nightmare when I was younger.” Amya explained.

“Well I could hear you. It was your voice. I could feel it’s hate, it wanted to tear me apart. Not just me but all of us. Did you have a bad dream?”

“Yes, but it was different. It was like it was waiting for me.” Amya explained as she settled in next to Remi. “It wasn’t malicious, just anticipating.”

Remi spoke about her nightmare, until they fell asleep.

Amya woke in the morning with a different plan from the one the night before. She was going down that path. She would go until she discovered what it was that terrorized her new home. Then she would vanquish it. That was, if she could step off the back porch first.

The dream had her unnerved and had Remi tiptoeing around corners waiting for the big bad monster to eat her up. Amya wouldn’t deal with this.

She stepped off the porch and through the garden and to the path that she had seen in her dream. Except for the creepy moss-covered trees, the red woods, pines and fern covered ground were beautiful. Amya passed the line of trees on to the worn path where it had stood waiting for her.

There was nothing there, no bad feeling, no pain or anger. But, Amya could feel it coming from deeper down the path. With determination, she started further down the trail.

“I wouldn’t go that way,” came a voice from behind her.

Amya turned with a start. There, sitting against a tree at the mouth of the path was a young man, Amya deemed fourteen for fifteen, with a sketch pad, his pencil working.

He ignored her question, “It wants her first, but it will take you all the same.”

The boy sighed, tossing his pencil against the sketch and looking up at her with eyes that swirled like the sky and the ocean.