Do Couples In Happier Relationships Post About It Less On Social Media?

Do Couples In Happier Relationships Post About It Less On Social Media? 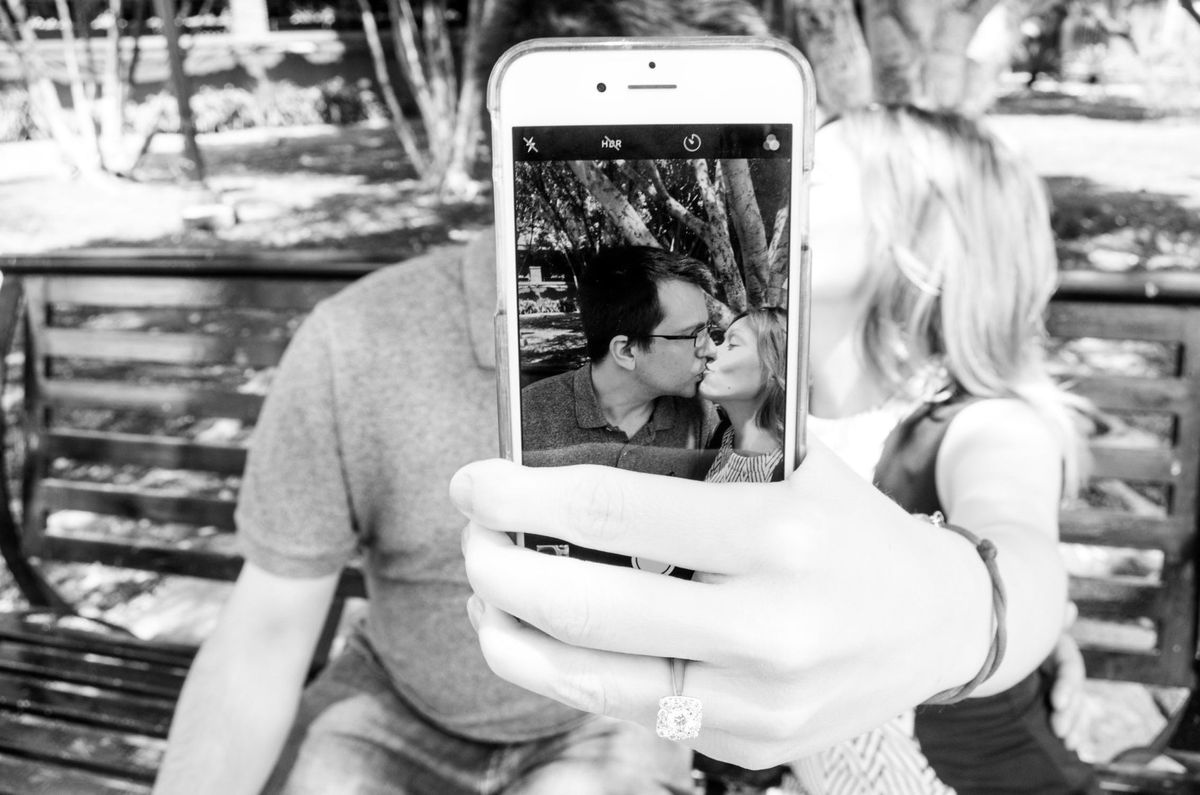 Do couples in happier relationships post about it less or more?

This is something that I have thought about a lot. I'm in an incredibly happy relationship and I think about us a lot. I wasn't always so lucky in love, and so I try to avoid negative behaviors at all costs. I try to avoid triggers and red flags as I know them now.

For the record, the relationship I have with my boyfriend now is one I have always dreamed of. He is literally my Prince Charming. I have never ever had to watch my behavior or be anything less than myself with him.

My S.O. is supportive in every way, and I love him more than anything in the world. My interest in these kinds of behaviors is just that: an interest.

In the before times (before my current relationship...*shudder*), I thought the whole "Couples who are in happier relationships don't post about it frequently" was stupid. How else does one show affection, if not on display for the world through the lenses of social media?

Fast forward a few years...and I realize that that is completely false and honestly a destructive behavior.

Love doesn't have to be on display for the world, through any lens. Don't get me wrong, I do like to post about my S.O. He's my best friend. We do everything together. But I realized that sometimes we forget to take pictures, or we don't post about where we are or what we're doing.

We're literally having too much fun to even think about social media. And I think that's how it's really supposed to be. We are enjoying each other's company SO much, that we forget about it altogether. And no, we don't have any kind of rules that say we have to put away our phones at dinner or when we're out together.

It's something that just comes naturally for us, and I've never had that before. Besides, half of the time I don't even know where my phone is at. A couple of years ago, that statement would've probably made me cry.

But it's different now. My S.O. is all I need really, and he's honestly who I talk to the most anyway. And that's not because we haaaave to, or even because we live together. It's just a natural thing for us, and I couldn't be happier with that.

I don't post all of the time anymore and neither does he. Maybe that bothered me once upon a time, but it's all part of growing up and becoming an adult. It's just maturity. And ya know what? That's totally fine we don't have everything on Instagram or Twitter.

I find that many couples who constantly post about themselves are just trying to convince others that way they can convince themselves. That behavior can even lead to narcissism.

Some couples are insecure or rely on social media for happiness. But social media shouldn't be your source of happiness. It's only meant to be a platform for you to share your life, not control it or become it.

And I understand how easy it is to fall into that trap. I'm not judging, but if you're stuck, I can promise you that it's better to be on the outside of this, rather than tangled in a Twitter web. And I really hope that one day you can see that too.

In this day and age where social media seems to rule relationships...I'm happy to say my love and relationship is already validated, and I don't need a post to prove that.

That's solely because I am happy in my relationship and my life in general, therefore I am more present in it. And if that means we forget to take pictures or check-in our location on Facebook from time to time...then so be it.

They say a picture could last a lifetime, but I think we forget that the memories and stories do too.

However, the question still stands: do happier couples post less or more?

In my own experience, I think they post less. My S.O. and I don't have anything to prove on social media or anywhere else. We're content just doing our own thing. Maybe we'll post about it.... or maybe we won't. In the end, we have each other to share our memories with, and that's what really matters most.